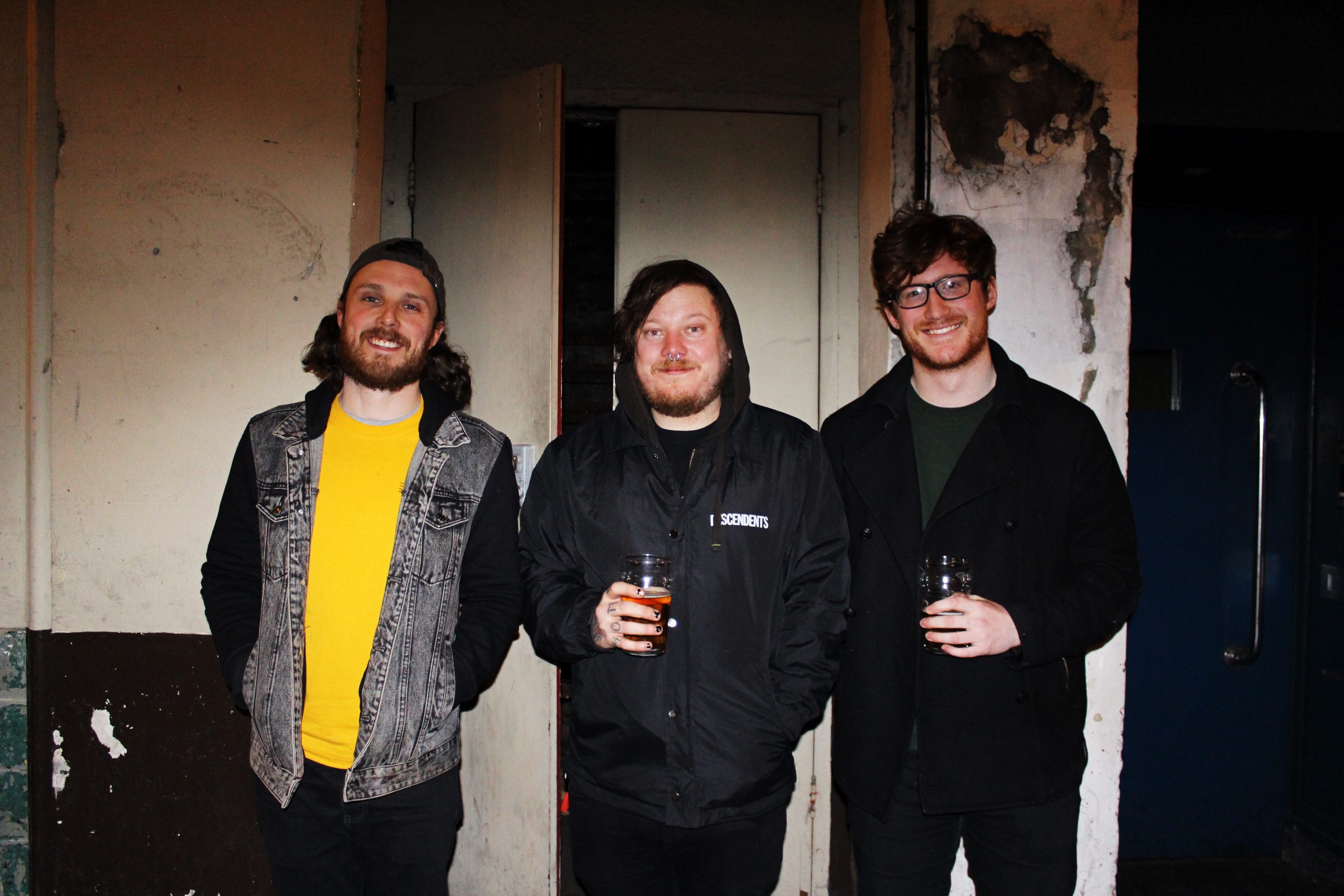 Thanks so much for taking the time to this interview, and congratulations on your latest record ‘Alamort’ which is out today!
Dan: Yeah thanks! It’s out today, and it’s really exciting. This is album number four, as well as having released two EPs. I initially started it as a solo project seven years ago, then after awhile it kind of just went out of hand, and here we are now!
Ryan: Myself and Marcus have been in the band for about a year, and we have both been apart of this album and writing process. This is the first album with this line up.

Dan: It’s a real departure from what the band has done before, as it used to have quite a lot of folky elements. We’re now playing more melodic punk taking inspiration from the 90s emo genre. It’s kind of more of the music I’ve always wanted to be making, so when these guys joined that just all fell into place and happened naturally.
Marcus: like Dan says, we’ve gone more full electric, with more pedals and force and all that, more noise.

Now, Norwich might not be the centre of the universe, and most people might not be that familiar with the Norwich music scene. Can you guys give us the lay of the land?
Dan: The Norwich music scene is really healthy, one of the reasons I move to Norwich was actually due to the booming Punk scene. All the bands kind of support each other, and that is how we all met, on that scene. That is how Ryan and I met about four years ago.
Ryan: I do sound engineering as well and made a fair bit of people through that, that is also how I met Dan, as I did a few shows for him.

So Marcus, how did you end up in the band?
Marcus: I am kind of the outsider of the group as I initially joined the band as a fan. I was already aware of what they were doing and knew the band quite well. So when I saw there was an opening I just thought to myself ‘fuck it, I’m going to give it ago’. It’s been nice since the lineup had already changed and the band was changing, I got to come in and bring my own opinions and put my own sound on it, I also got to add my personality and stamp on some of the older songs. No one is precious about anything so if any of us comes up with a new idea and it doesn’t go down well with the whole band we won’t do it. Everything we do, we do together.

Now, the reason were all here – Orange amps. Can you tell us a bit about your history and experience with the brand?
Dan: I used to guitar tech a lot for various bands, some of which would use Orange, and I was just baffled by the fact that you could get such clarity and crunch at the same time, you can’t seem to do that with many other amps. I was playing Marshalls for years, but it wasn’t until I first plugged it into an Orange I finally found my sound.
Marcus: I play a Dual Terror, and I was first introduced to Orange by a friend who had a Tiny Terror, and I just loved how you could get that big sound something so small, it’s had this amazing huge sound and it would just really fill a room. Before I started playing guitar in this band, I originally played bass, and I didn’t have any money to buy any pedals, so I had to learn to compensate for that by using my hands and away I would use the settings on my amp. I got that overdriven sound without having to use any pedals, and if they wanted to make it even more overdriven I could just play harder, mechanically. I like how transparent the sound is, and the amps are incredibly responsive to what you’re doing. So yeah, I guess it is just the evolution of not being able to buy any pedals and learning how to work around it and using my amp to compensate. Even today, I still only use three pedals when we play live, as the amp pretty much sorts me out with the sound I want and require, with most of my sound coming strictly from the amp itself. Gain, volume, tone – nothing fancy, just plug and play!
Ryan: My first encounter with Orange was similar to Dan’s, doing shows, working as a sound engineer and seeing bands coming in with different gear all the time. I played bass for years, but had never managed to find that had that was quite right. One day, I was working with a band who’s bassist was using a Bass Terror, he played a 68’ Fender Precision bass through it, and the tone was just unbelievable. Straight after that, I went out and bought to my own which lasted me five years, until this Christmas I decided to put my big boy pants on and get the OB1-500. All I want from my amp when playing the bass its power and clarity, and it is true what everyone is saying, you really can just plug and play. 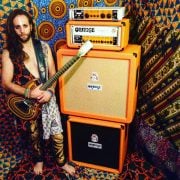 International Women’s Day: Women in Rock
1966: In The Beginning