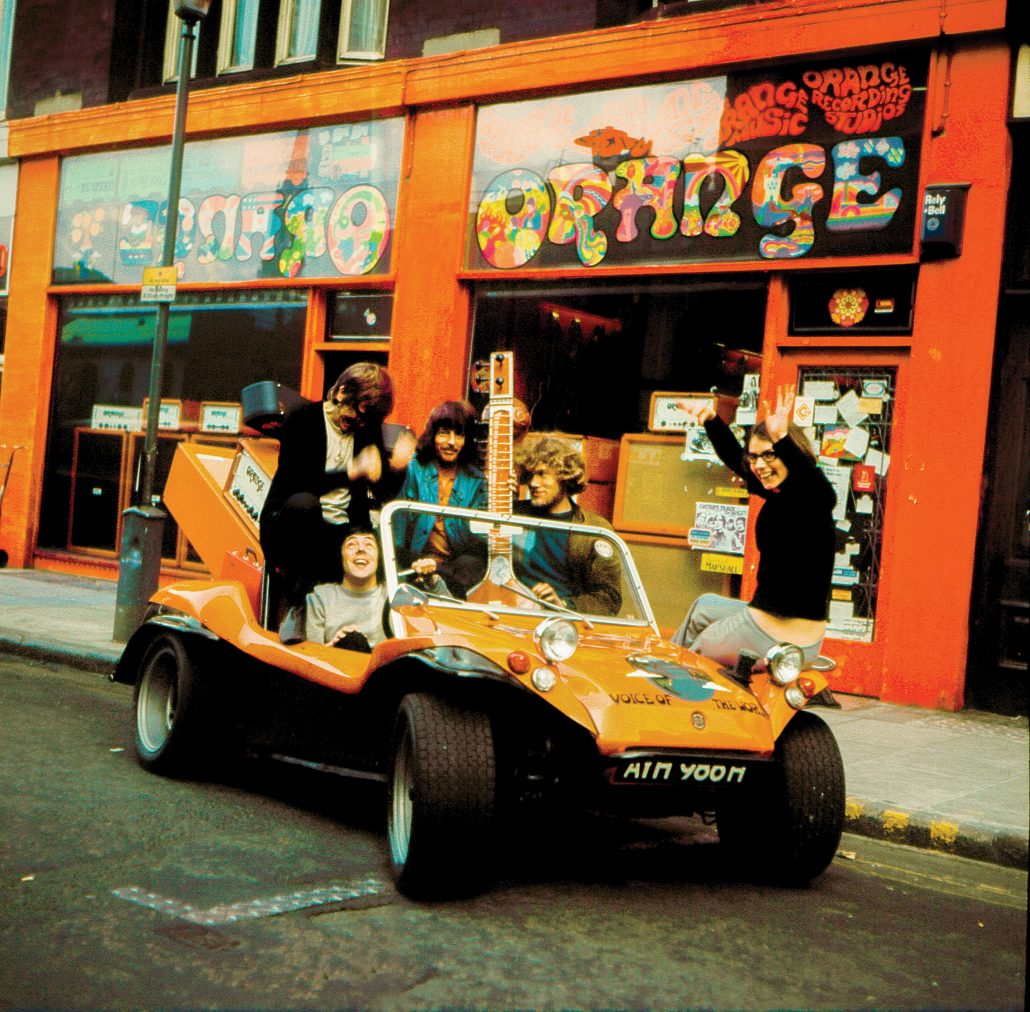 In 1968, CEO Cliff Cooper, an electronics student and keen musician, borrowed £50 to start a musical instrument shop and recording studio in London’s West End. Against the backdrop of one of the city’s most vibrant districts, the shop was decorated with psychedelic script and painted a bright shade of orange which gave the company its name.

Even in those early days the shop was awash with stars. Famous musicians such as John Lennon, Keith Richards, Brian Jones, Eric Clapton, Paul Kossoff, Marc Bolan, Peter Green and many others were all visitors to the store, whilst Brian Wilson, Robin Gibb, Mickie Most, John Miles and Stevie Wonder cut records in the basement.

As the shop grew, many distributors refused to supply the new business, Orange began designing products which quickly established a reputation for their innovation, superior quality and distinctive sound.

Initially made in low numbers and finished in our now legendary livery, the company went into full scale manufacturing in 1973 to satisfy the overwhelming demand. It was around this time the classic ‘Pics Only’ styling was developed, using hieroglyphic icons to explain the controls – characters that still proudly adorn our amplifiers today. 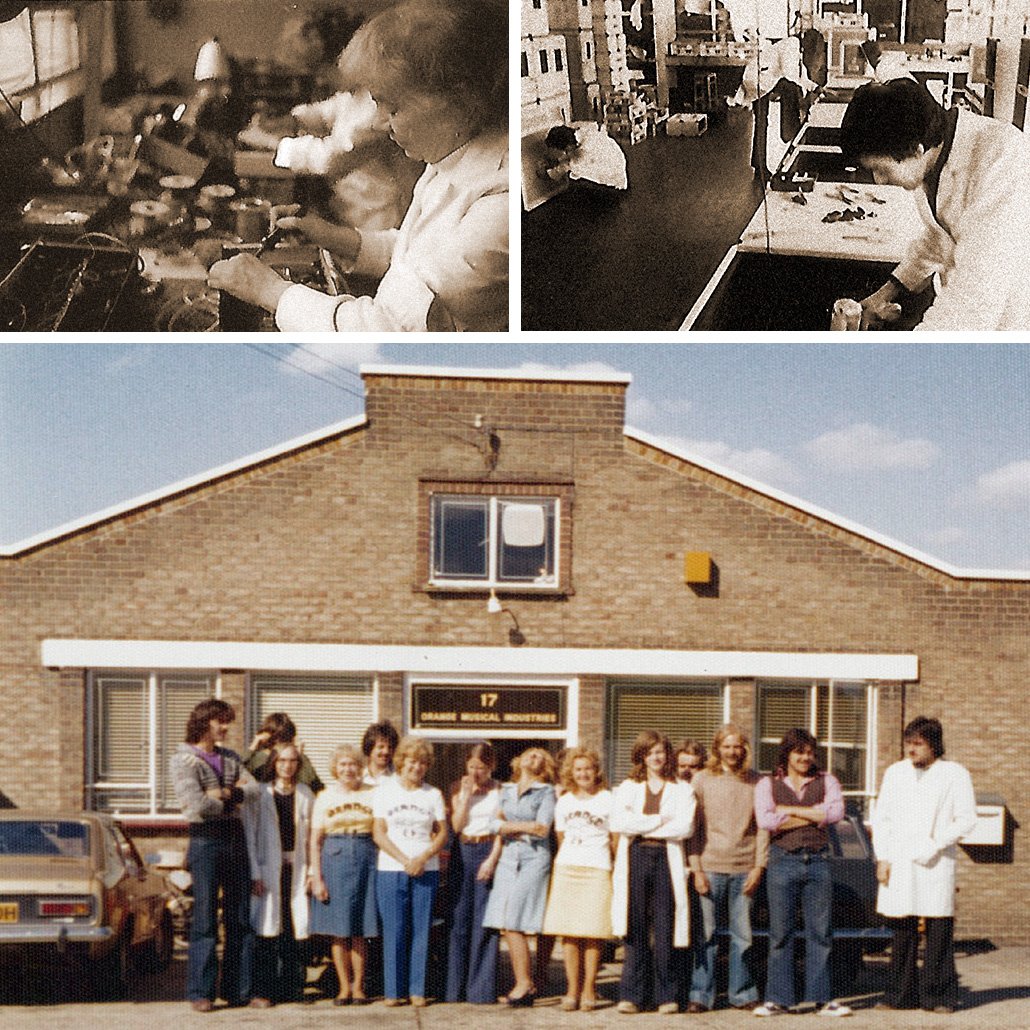 Since the classic “Pic Only” amplifier through to the modern day Rockerverb, Orange has built amplifiers in Britain to the same high quality standards.

The companies first amplifiers were built in Huddersfield using Matamp as the sub-contractor, as demand for the Orange amplifiers rapidly increased they were unable to keep up.

In the early 70’s production moved to Short Gardens in London, this quickly became too small and a new factory was needed. Mick Dines explains how the move to Bexleyheath occured:

“In 1973, as we looked to move from Short’s Gardens, we found a place near James How Industries in Upland Road, Bexleyheath in Kent. James How was our UK distributor at the time, and the firm also manufactured Rotosound strings. During one of our visits to buy strings, we saw a ‘For Sale’ sign on a factory premises just two buildings along. We viewed the place and decided to buy it. There, we began a proper production line, and we employed local people in Bexleyheath to assemble the amplifiers – the output being about one amp per worker a day.

There was plenty of storage space which meant we could buy cardboard packaging in bulk and store it. Back in Short’s Gardens, we used to build one cabinet at a time, put it in its cardboard box and then start on another one. Now we could have twenty or thirty cabinets lined up on long benches that could all have speakers fitted and wired in sequence. We had the electronic workshop at the front of the building and the cabinet-making and finished packaged goods ready for delivery at the back. It was also, of course, useful having our UK distributor just three doors down the road. Bexleyheath marked the start of a different scale of operation for Orange. When we had a shipment going out to our American distributor, we would have a forty-foot container delivered to us at the end of the day. Most of our staff would work through the night to finish the production and then load it.”

These custom transformers, made to Orange’s own specification give our amps their signature sound. They are built to saturate earlier and smoothly, like the vintage transformers of the 50’s and 60’s.

DESIGNED AND MADE IN BRITAIN

From initial conception, through to production, Orange’s manufacturing is steeped in history. Hand-built in Britain with emphasis on usability and durability, the attention to build quality has stayed the same since the 1960’s. Our Technical Director Adrian Emsley designs our amps to be played and enjoyed for a lifetime, this is why his amplifier designs sit amongst of the most revered in the industry. 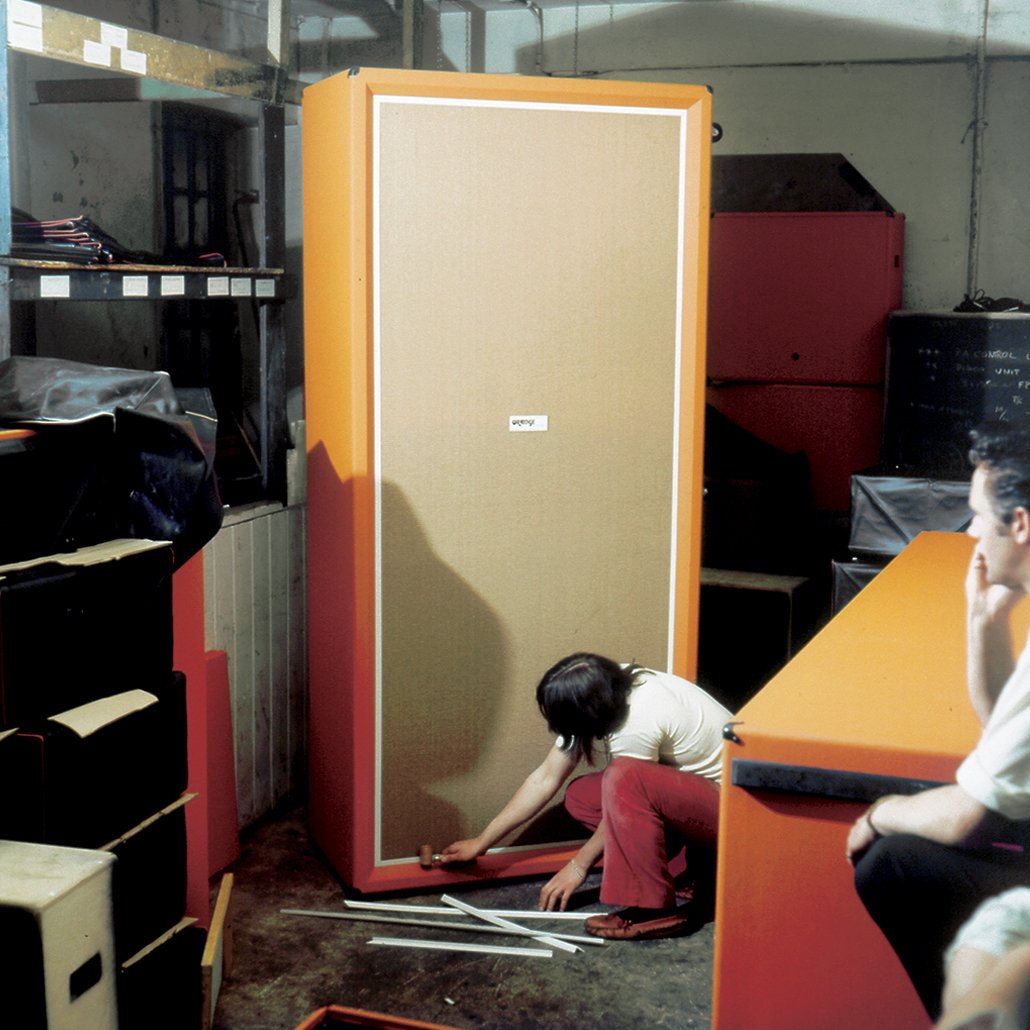 Orange cabinets are an industry standard and have been produced to the same quality construction, since they were first introduced in the late 60’s. Cliff explains how new employee Mick Dines was key to the Orange cabinets design:

“In December 1968, Mick Dines joined the company in the Orange shop, he immediately became involved in the design of the Orange cabinets. As a young bass guitarist he understood how equipment could be so easily mistreated on the road. His first priority was to make Orange cabinets the most solid and robust cabinets available. When it came to choosing the speaker front cloth, his main concern was durability.

Mick choose a tough material called Basketweave. Orange speaker cabinets could now certainly take the knocks and were appreciated by the roadies. Guitarists loved the ‘thickened’ sound that the Basketweave helped to create. What’s more, the Orange 4×12 was 15″, until then, 14″ was the norm. The extra depth also helped to define the distinctive ‘Orange sound’.

*If you live in the US, cabinets are made in the US to the same high quality standards.

All our speaker cabinets feature textured vinyl, unique ‘picture frame’ edging design, woven speaker grille cloth and are finished in our legendary, tough Rexine livery vinyl dating back to 1968. The Basketweave material is tough and gives our cabinets their ‘thickened’ sound, that guitarists love.

Built with 18mm birch ply (excluding the PPC212V, which has 15mm birch ply) our speaker cabinets are built for a life on the road. The Orange PPC412 has become a staple of the touring band because of its solid build quality. From the cabinet wood through to the Celestion Vintage 30 speakers, these British made cabinets are built to be played, night after night.

The unique wooden skid runners fitted to the base allow for easier load-ins from the van to the venue. Instead of fitting plastic feet, or castors which can tend to rattle, we came up with the idea of tough wooden runners – called skids. The original idea was durability, but they also couple the cabinets to the stage for greater punch and low end response.