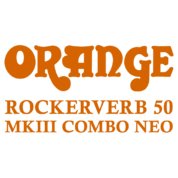 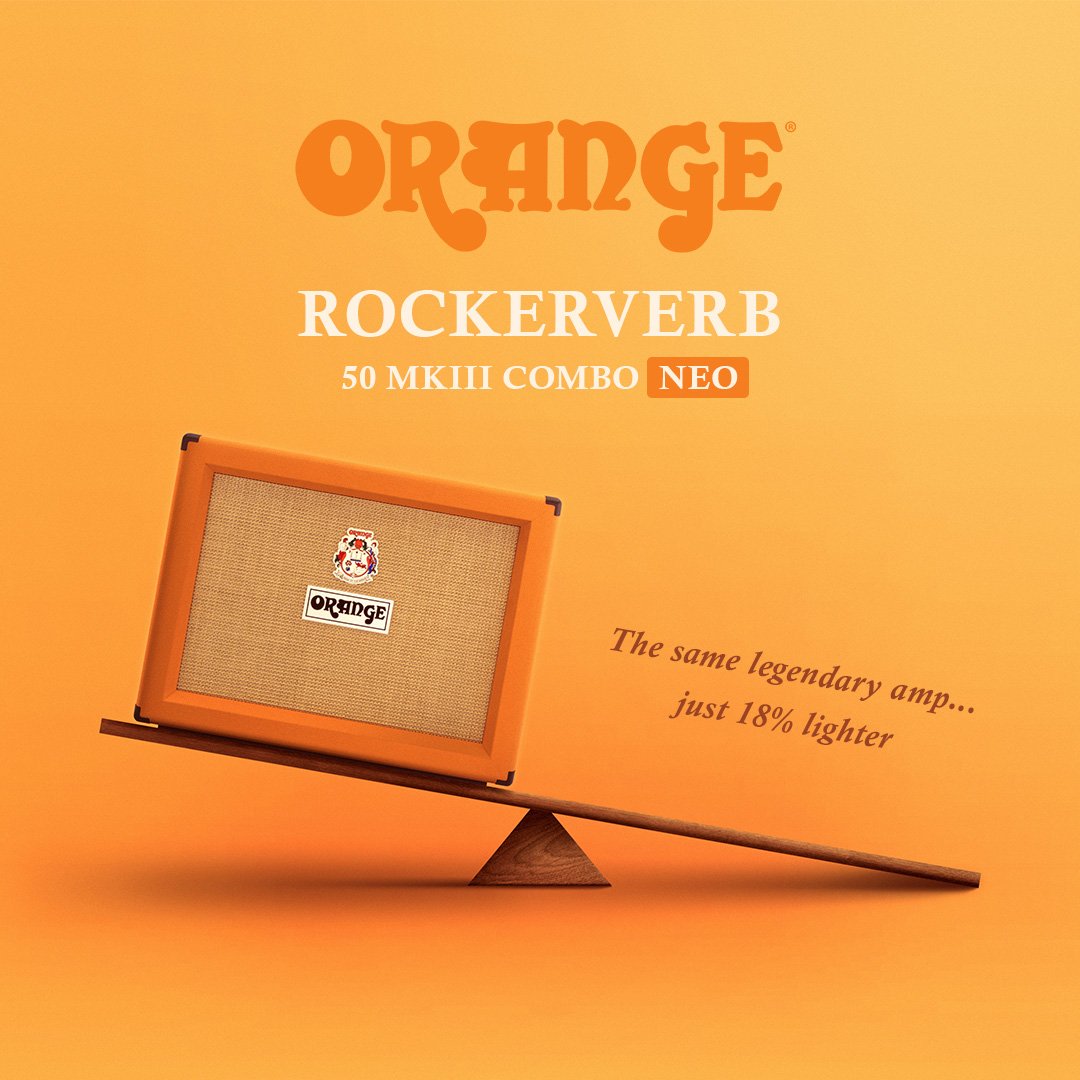 When we put together the Rockerverb 50 Mk III combo back in 2015, we incorporated years of user feedback from previous iterations to come up with the ultimate workhorse amp — a machine that excels in all conditions, with its clean channel revoiced for more chiming tones, brighter, longer reverb, better low-end response and articulation, and our trademark crackling Orange tone that has become not just a firm favourite among the heavy crowd but also a mainstay for touring players and session aces alike.

There’s always progress to be made, though, and the latest set of improvements to the best combo around sees the Rockerverb 50 Mk III combo placed on a crash diet, helping it trim down to a more manageable weight while retaining all its appealing sonic characteristics. And the result is the Rockerverb 50 Mk III Neo combo — the same beautiful amp but with an updated speaker and cabinet formation inspired by our PPC212V cab, making it 18% lighter than before.

Where have all those kilos gone, then? Well, a small contribution is that the Rockerverb 50’s cabinet is now made from 15 mm Baltic birch ply, 3 mm more slender than before but sacrificing none of the build quality that make all Orange cabs so robust. The biggest weight saving, though, comes courtesy of the new pair of Celestion Creamback speakers that replace the V30s of old, saving almost 3 kg per speaker thanks to their use of neodymium, a hugely more magnetic metal than the standard ferrite, meaning that less material is needed to achieve the same beautiful-sounding results.

And not only are the Creambacks easier to carry, but they handle the Rockerverb 50’s tone even better too. Retaining all the authoritative high–mid push of the v30s, but a little darker and fuller when the tone breaks into overdrive, these UK-built speakers will make lead lines more muscular and rounded, and rhythm playing warmer and fatter than ever.

All in, it amounts to a saving of nearly 7 kg (15 lbs) compared to the original Mk III, or the equivalent of carrying a bowling ball around in the back of your combo. Take that load off, add improved tone, and the best valve combo amp just got better.

Each UK-built Celestion Creamback speaker weighs only 1.9 kg, but their neodymium construction means they pack the same punch, authority and definition as a ceramic magnet speaker three times their weight.

…so that’s the hugely versatile twin-channel design with all the tone-shaping options imaginable, from sparkly cleans to ultra-saturation, always with outstanding clarity, a footswitchable spring reverb with a long, glistening tail, a built-in attenuator offering maxed-out textures at neighbourhood-friendly volumes, switchable power options and a near-transparent buffered effects loop for the pedal purist, but now at a manageable weight.