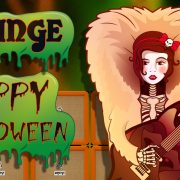 12:45 PM – Finished on the toilet. My Crest Edition Headphones haven’t gotten out of bed yet.

1:15 PM – My Crest Edition Headphones finally wake up but they’re super hungover. I bring them a cup of coffee but they’re in a terrible mood. We speak briefly about what they did last night; however, they seem coy. Their attitude worries me. They keep repeating something about how they “hope it’s not on video.”

1:45 PM – My Crest Edition Headphones take the news of their firing surprisingly well. Too well actually. I’m noticing an excitable change in their demeanor. They ask to borrow my car, to which I firmly reply in the negative. A brief shoving match occurs. Nothing too serious though.

2:00 PM – Despite my firm denial, I hear my car tires squealing and run to the window just in time to watch my Crest Edition Headphones barrel down the road and out of sight. I ponder reporting my car stolen to the police but then remember my Crest Edition Headphones already have two strikes. One more strike, especially for grand theft auto, and they’ll be spending the next decade behind bars. I resolve to waiting it out, hoping against hope that my car is returned safe and sound.

5:30 PM – After 3 and a half hours of texting and calling my Crest Edition Headphones finally pick up. There’s a lot of background noise but I can make out the distinct sound of clinking glasses and a rough-voiced bartender calling out orders. It’s obvious that my Crest Edition Headphones have already had too much to drink by the way they’re slurring their words. It’s not even dinner time yet.

6:00 PM – As I’m in the kitchen preparing my Hot Pocket I hear a loud boom from outside. My Crest Edition Headphones are back from the bar and showing off their grandfather’s shotgun to a few “friends” who they invited over. They’ve accidentally fired off a round into the ceiling of the garage, which ricocheted into the hood of my car. It’s barely noticeable, and far from my biggest problem, because my Crest Edition Headphones have run my car straight into the work bench while parking. The front-end is crumpled and the airbag has deployed. A fist-fight ensues, which I lose miserably.

6:15 PM – Bloodied, and with a significant portion of my pride missing, I stumble back into the house to find my Crest Edition Headphones lying on the floor in a pool of they’re own vomit. I take my Hot Pocket and retreat to my bedroom, too tired to even bother wiping the blood from my nose.

“Not today,” I think. I reach up and pull them from my neck. They stay tightly wrapped around me but now they’re on top of my head. I’m fighting for my life when suddenly I hear what sounds like music playing. The Crest Edition Headphones have cupped themselves over my ears. I reach up in attempt to fight them off but I instead swipe upwards on the controls and the volume of the music goes higher. Much higher. The song is so clear now: The Doobie Brothers “Takin’ It to The Streets.” As my energy drains and I fade into the darkness, I hear the soothing, throaty bass of Michael McDonald’s voice…

“Take this message to my brother
You will find him everywhere
Wherever people live together
Tied in poverty’s despair
……..
……..
……..
Takin’ it to the streets.”

10:00 PM – I regain consciousness. Everything is blurry, hazy, almost as if I’m in a dream state. Is this a dream? No. It can’t be. This must be reality. The music has stopped.

Was there ever actually music?

In the corner of the room sits an unopened box of Crest Edition Headphones. There’s a note on it. I crawl slowly to the box and pull the note closer to my eyes. In the darkness it’s difficult to read at first. But as my vision begins to adjust, the text begins to sharpen:

“Enjoy these Crest Edition Headphones featuring Bluetooth Technology and up to 27 hours battery life. They have multipoint connectivity and wireless controls.”

Suddenly a cold chill washes over my body.

At the bottom of the note,
scrawled in what appears to be blood,
is written…

Which Orange amp is good for metal?
Scroll to top