Orange Records was launched when I realised that a lot of very talented musicians were coming to the Orange Studios to record demos, but were finding it difficult to secure a record deal. These musicians were making good music and had a professional attitude, yet they were being turned down. More and more of them asked me if I could help them to get a foot in the door, so I decided to start the Orange record label. 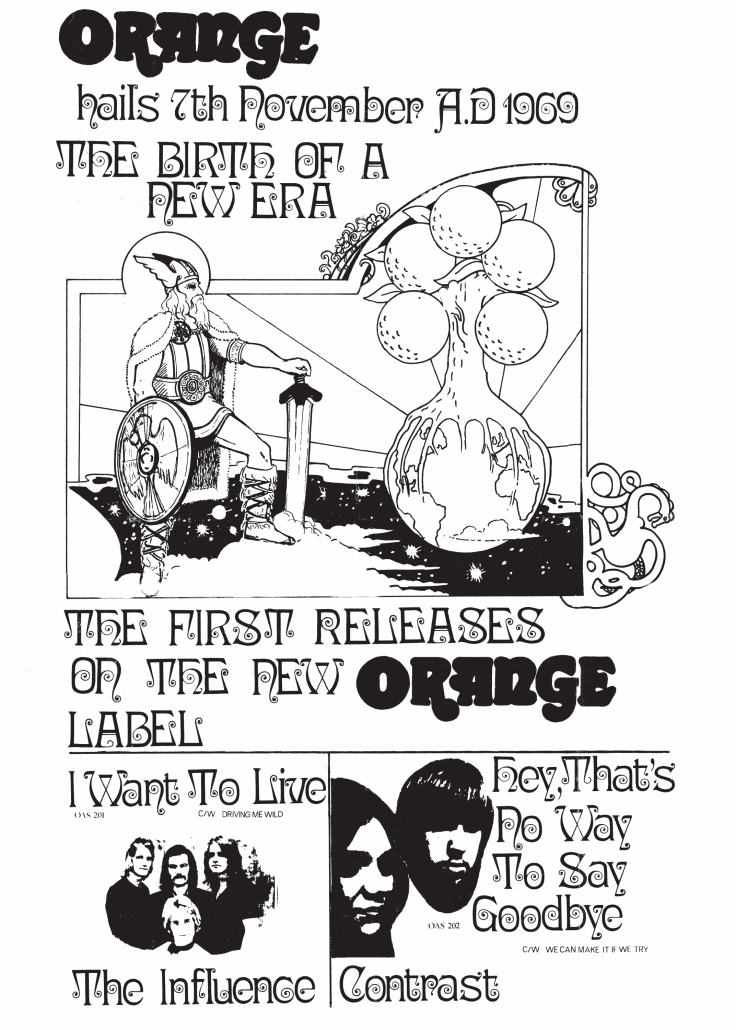 An early advertisement to celebrate the launch of the Orange label

I negotiated a pressing and distribution deal with Pye Records for the UK. Soon afterwards, we signed licensing deals for territories around the world.

We designed a record label using the ‘Voice Of The World’ logo and produced a stylish full-colour sleeve. Later, in the early 1970s, when Flower Power was running out of steam, we decided to change the label’s logo, instead opting for a black background with gold lettering. 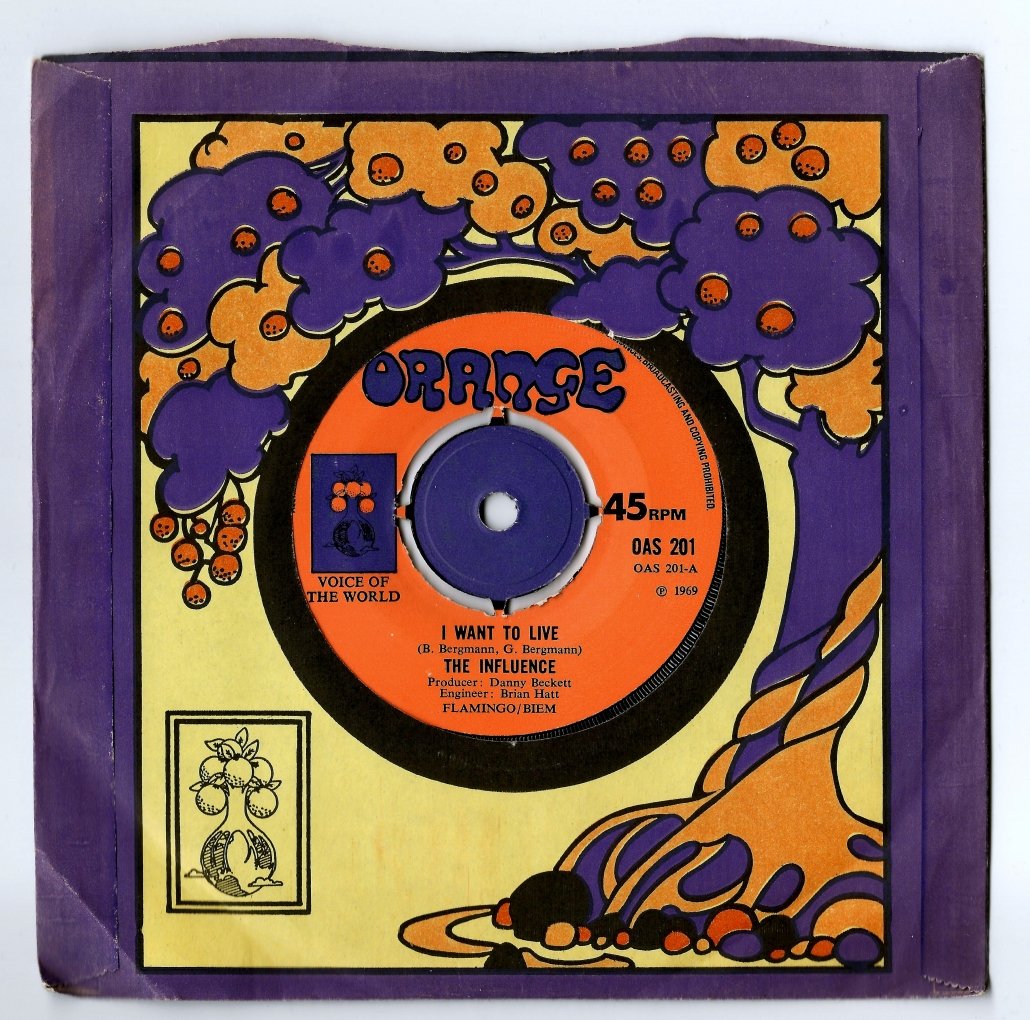 I signed John Miles, who was with a band called The Influence, and it was this group that provided our first release on November 7th, 1969 titled ‘I Want To Live’. The single didn’t make the top ten, but we sold a lot of copies and this launched John’s career. At the same time, we also released a duo called Contrast , which featured Roger and Christine Jeffrey. ‘Hey, That’s No Way To Say Goodbye’ was their first single. 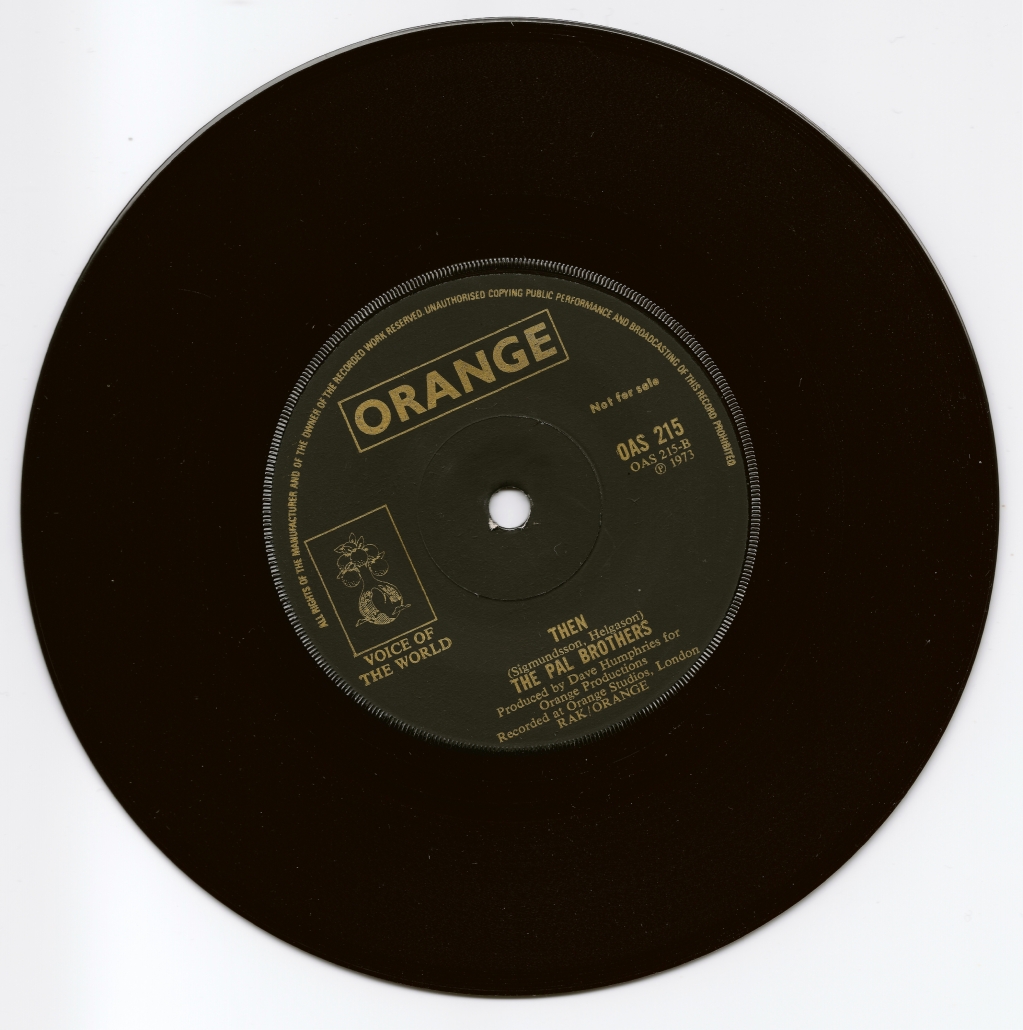 To promote the records we engaged ‘pluggers’ to encourage airplay, and I have to admit I was one of them. This gave me an insight to record promotion and networking, and I made lots of good friends in the business. It was a tough business, though, and the promotion side was very expensive. Most releases sold very well and they received good reviews in the music press. The label became well respected in the music industry. Even now we get lots of requests to re-release those early records. Top DJ, Emperor Rosko, still calls, asking me to bring out the entire Orange Records back catalogue… probably one day I will.