Publishing is the bank of the music business and songwriting is the lifeblood that sustains it.

Orange’s publishing division started in late 1969. After reading a standard publishing contract from my lawyer, Nick Kanaar, I had a basic grasp of how publishing worked. Nick, who was and still is a famous lawyer specialising in publishing, helped me to understand the craft. I learned that music publishing is very involved and far more complex than just contracts. It is an international business and a knowledge of all the world collection societies and the territories in which they operate, is essential. I now needed an expert to head the company.

I asked Dennis Sinnott to join Orange. Dennis had worked in music publishing ever since he left college and was Head of Copyright at EMI before joining us. He still runs Orange Publishing from St. Louis in America. Dennis has also written a book called ‘Masters of Songwriting’, which is essential reading for anybody who is keen to succeed in today’s ‘Digital Download’ music industry. 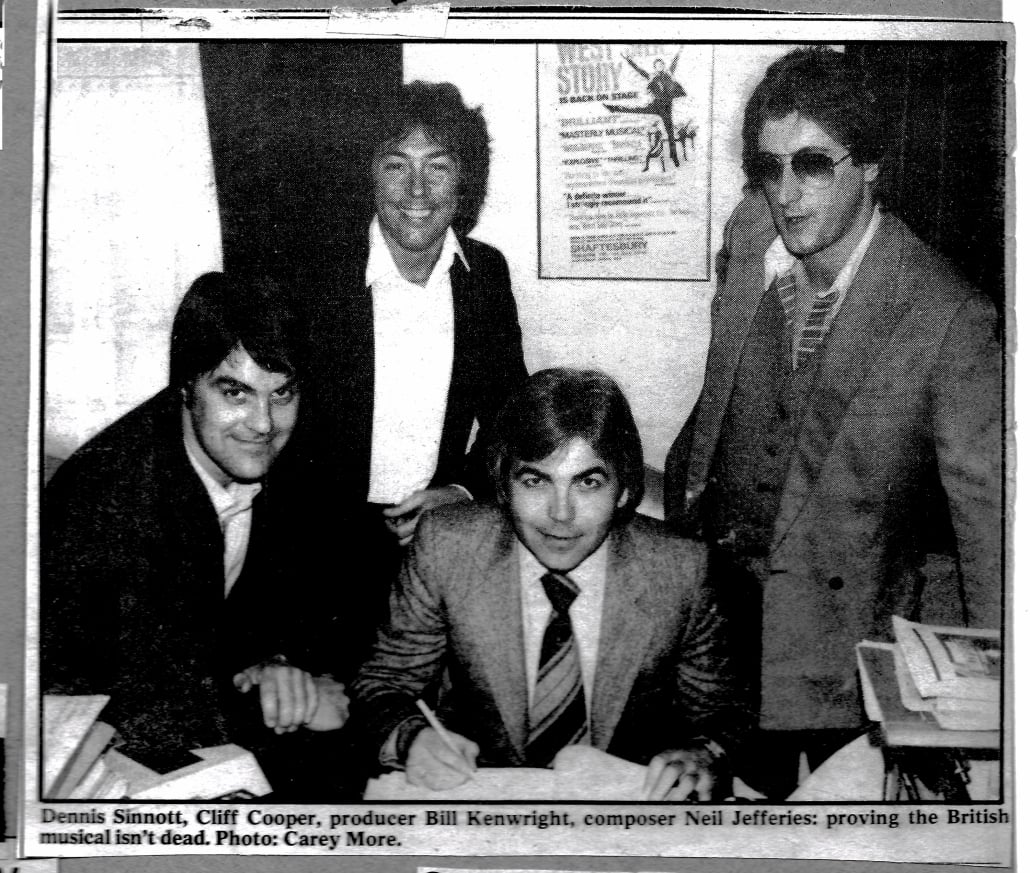 EMI Publishing was in Dean Street Soho, and then later Charing Cross Road, just around the corner from the Orange Shop. At EMI, I was working on deals with bands and artists such as Pink Floyd, Deep Purple, Wishbone Ash, Queen and Bob Dylan. I then discovered that a lot of our artists were laying down demos or doing finished masters at the Orange Studio. It was a very good studio in a great location, because you had all of the best writers and the big artists – such as David Bowie and Rod Stewart – coming to Denmark Street. Sometimes they came looking for good songs. It was a very exciting place to be, and my Orange Publishing office was on the third floor of 22 Denmark Street. My first impression of Cliff was that he had so much energy, and everything about his attitude was positive. Then, the next thing I knew, he was offering me a position at Orange Publishing. Over lunch, Cliff told me that, basically, I could do whatever was needed to establish Orange Publishing.

At EMI, I was in charge of about fifteen people and a catalogue of over one million songs. EMI Publishing was massive but everything there had pretty much already been done for me. I saw Orange Publishing, on the other hand, as a huge challenge – almost everything there still needed to be done, and it was down to me to get it organised. I remember I had this gut feeling that Orange was really going to go places as a company – and it was not long before I was proved right.

Over the next five or so years Orange Publishing signed an incredible variety of bands and artists, ranging from punks and rockers like Cock Sparrer, and The Little Roosters, right through to The Tremeloes and Kenny Ball. Many of them had records out on Orange’s AMI subsidiary label. Orange Publishing (now Orange Songs) currently has a huge catalogue with numerous copyrights including the Grand Rights to several musicals and film scores.”