In the late 1970s the music world had moved on from the psychedelic, hippy 1960s. It was my feeling that our amplifiers and cabinets looked a bit dated and were in need of a facelift. I changed all the classic Orange livery. The psychedelic logo was changed to a modern typeface. The height of the amp sleeve was lowered to make the head look sleeker. I also changed the black plastic corners and replaced the gold strap handle with a black one. The chromium rack and roll over bars were replaced with black ones. The light-brown Basketweave speaker cloth was changed to a black material with a different level of sound transparency, and a stand-by switch was added to the front panel. 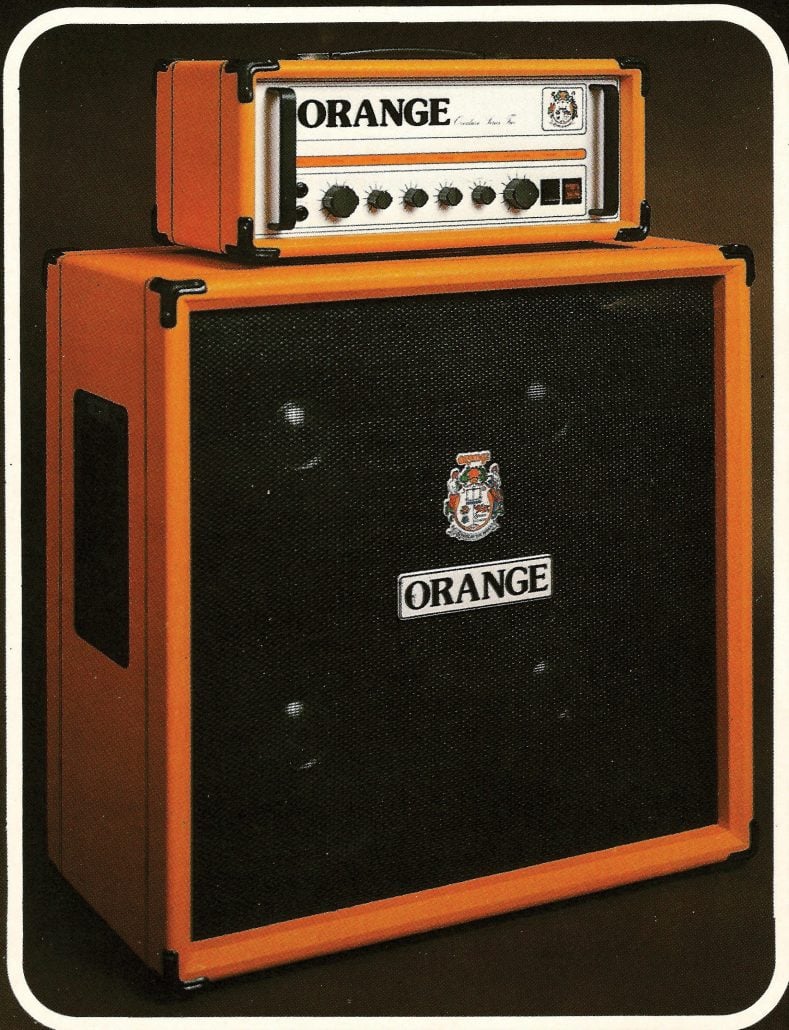 The Hustler combos were a big success. There was the 60 watt 1×12 master volume combo, and the 60 watt Hustler Bass 1×15 combo, which had a ported cabinet.  As part of the major image makeover back in 1978/79, Orange divided its product range into Orange Sound Reinforcement and Orange Instrument Amplification. Sound Reinforcement included PA, mixing desks and solid state power amps.

In the 1990s the Series Two range was superseded by the Pics & Text reissues and then the new Oscillatory Transition Return (OTR) model. The retro look was back, and at Cliff’s insistence, Orange reverted to the original livery. 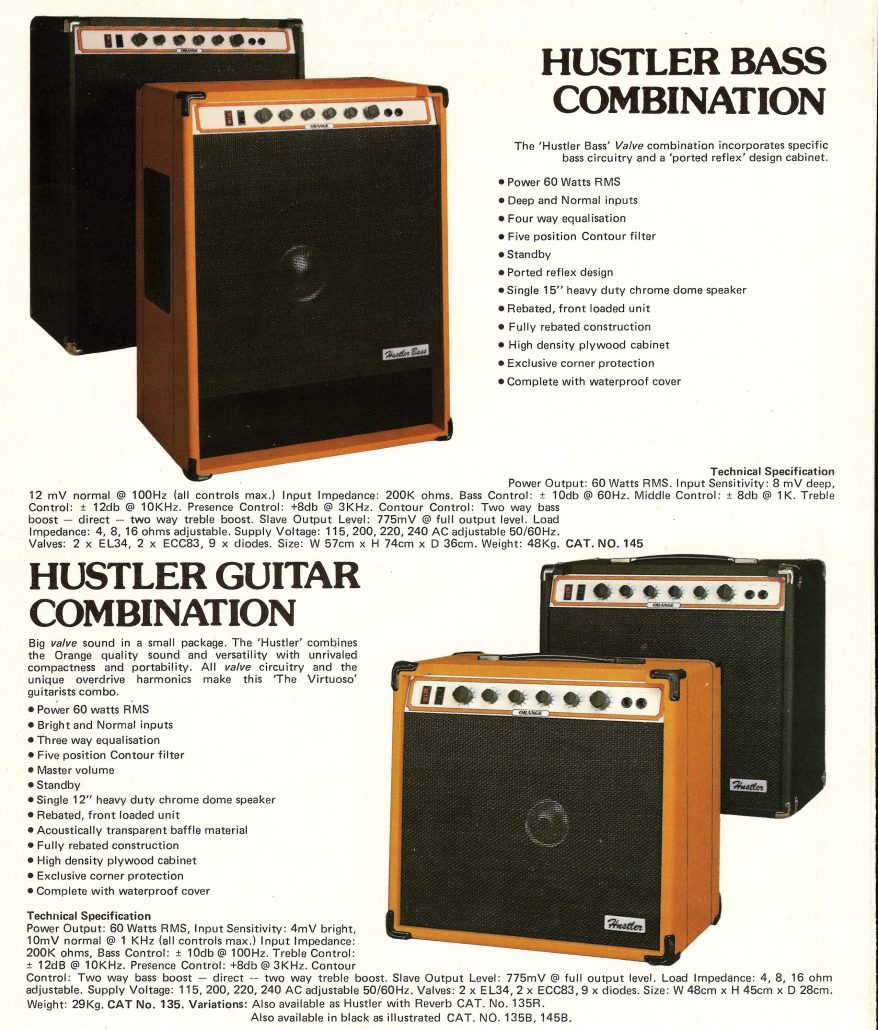