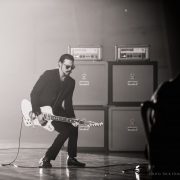 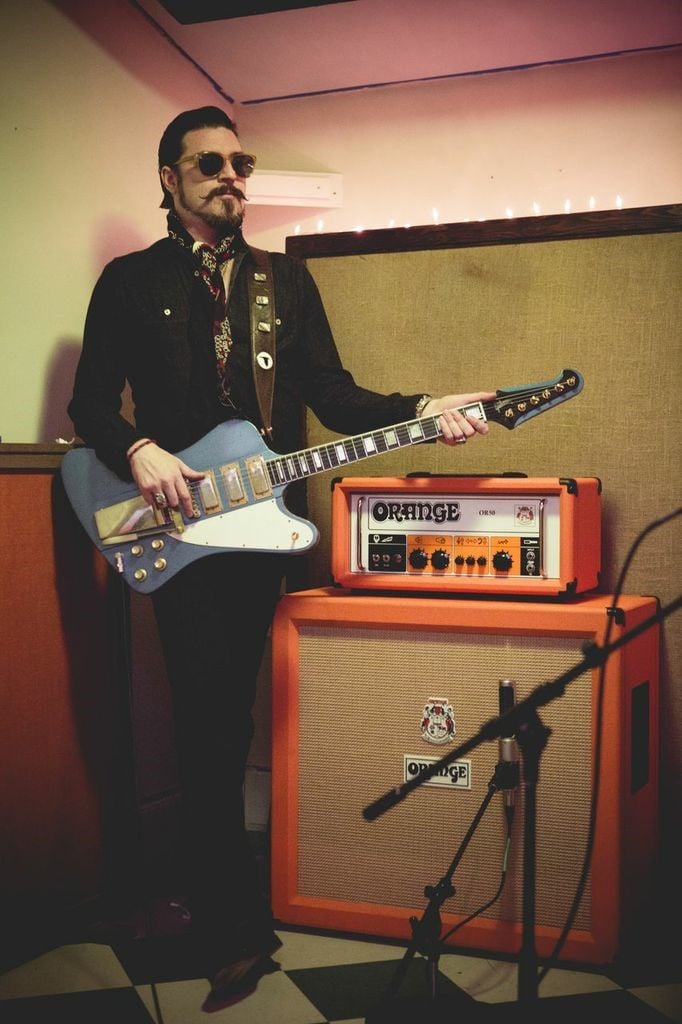 Classic Rock is a UK magazine. Europe has been really good to Rival Sons. What do you attribute to your early popularity over there?

Our label is UK-based, as many of their contacts and connections are. That’s where they started the push with Pressure and Time. And luckily, those folks on the other side of the pond reacted quickly.

Once the fire lit, we had to service as much of Europe as we could (playing live). So, I think we’ve just given that part of the world the most attention. On another level, it really seems folks over there are slightly more partial to rock n roll…and getting out to shows. I think the U.S. is waking back up to it though.

Rival Sons’ “Great Western Valkyrie” is nominated for “Album of the Year” at the Classic Rock Awards. Can you tell me what that means to you to have your music nominated for this award?

I’m not a big fan of music being a “contest”…but will say to be recognized by one of my favorite magazines…and to be mentioned alongside these fantastic records by some of my favorite artists of all time…that’s really cool.

The album GWV doesn’t necessarily challenge the signature sound of Rival Sons, which is a blend of classic and modern rock. Instead it seems to give the band’s existing style a bit of a polishing. Can you explain the attitude you went into recording this album with and the goals you had in mind?

We record all our records in a live setting. This one was no different.

We’ll write and capture a song between 1 and 5 takes. If we don’t have it that quickly we’ll usually move on. Being our 5th record, I wanted to look at this record like the 5th chapter in the book of Rival Sons. I wanted it to reflect something from each previous record but completely have its own identity at the same time. There’s also the idea that this may be the first record many hear from the band…we’re still making a ton of brand new fans. So as much as we want to take some left turns or reconstruct our sound, approach or writing, we had to remain conscious as to not stray too far. As far as the attitude and moral of the band.

We couldn’t have been more excited to make a new record. We were all basically brimming with new ideas and really fired up to write some new songs and create the next chapter.

Dave is definitely like a 5th member of the band when we are recording together. We’re great pals and have done all 5 of our records together with a great result. He’s very interactive with us at every step of the process. On each record we will talk about a general idea for the record.

We’ll discuss what gear we want to use, what worked or could be better from the last records…and discuss song ideas and directions.

Once we actually get in the studio things happen very very quickly and working with Dave is a big reason why. I think very few producers these days have the prowess to capture a record live off the floor like he does. At least, with the result he can deliver.

We’re in the age of over-producing, over-writing, just too much everything. That’s not what we’re doing – that’s not what Dave’s doing. In his own words “our job is to create and capture energy.” And not enough guys out there today understand this or how to do it.

Rival Sons will be playing a live set at the awards show. Any special tricks planned for the set?

What’s the future of Rival Sons as far as you see it?

It’s hard to forecast anything in a business like this. As far as the creative side – as long as we’re inspired and able to make honest music we’ll keep making records. And as long as people want to keep buying tickets…we’ll keep coming to your city.

It’s impossible to say how long it will last. I’m a Capricorn and a pragmatic realist…so that’s the answer from that perspective. Although, naturally, being a guitar player in a rock n roll band, there’s another answer to this question.

And that answer is…World domination.