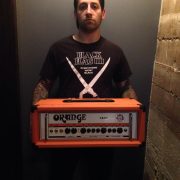 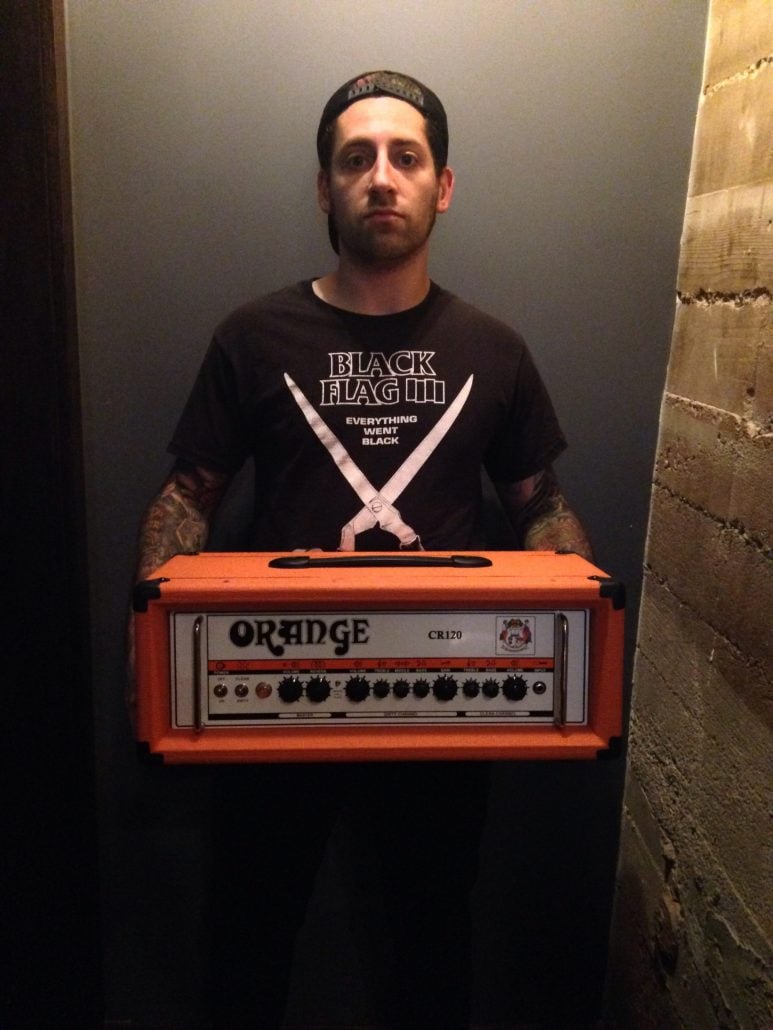 Joe Trohman is the lead guitarist in Fall Out Boy. That technically makes him a pop star. But while he may portray that persona in Fall Out Boy, Joe is a hardcore metalhead who has played in bands like The Damned Things (with Scott Ian from Anthrax) and With Knives (with his friend and guitar tech, Josh Newton). He also happens to be one of our favorite guys to hang out with thanks to his laid back attitude and sometimes wry sense of humor. That sense of humor is why we invited him to be the first artist to answer “15 Questions,” a series of artist interviews that will likely devolve quickly into mostly silly questions (probably by the 2nd installment).

1) What’s your favorite Orange amp and why?
I spent a lot of time with the Thunderverb 200 and I really love it. I use it on guitar and bass, live and in the studio. It has the vintage Orange colors and modern gain leanings. But even when goosed, it still has that warm, looseness of a boutique vintage amp. It never get’s super compressed considered how loud and overdriven it can go. Oh, and the verb aspect get’s REALLY verby. 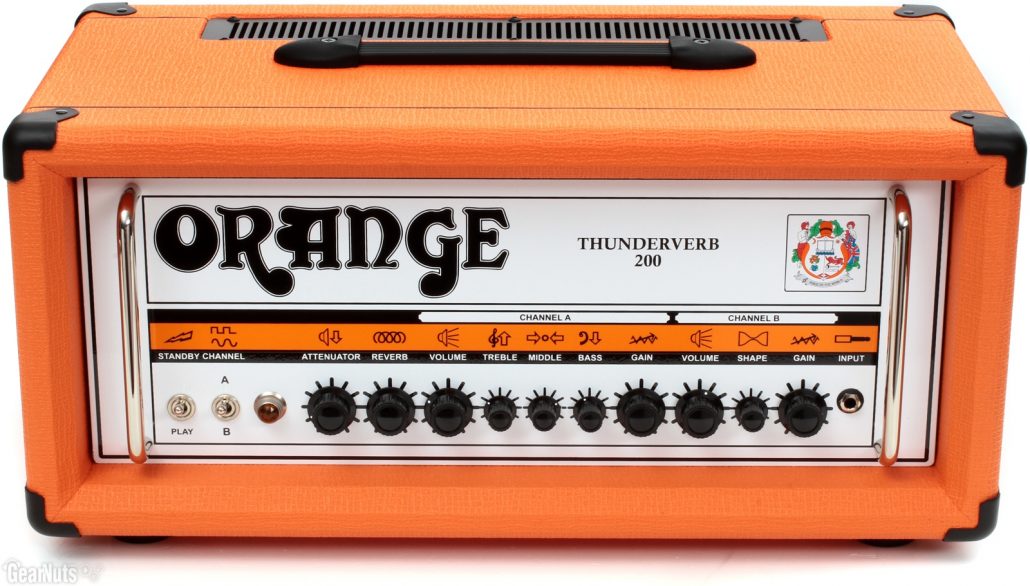 2) What’s your favorite guitar and why? Not necessarily one you play every day…
Outside of the guitar I built with Fender, which I play live a lot, I really love my 95′ American Standard Tele. It has a ton of vibe. Early on I replaced bridge pickup with a Dimarzio Fast Track T and it rips pretty hard.

3) What’s your favorite pedal of all time? Even if you have never owned one…
I really like this one by Black Arts Toneworks called the Pharaoh Fuzz. It goes from lighter overdrive to full blown fuzz, and has a few different diode selections which are really cool. 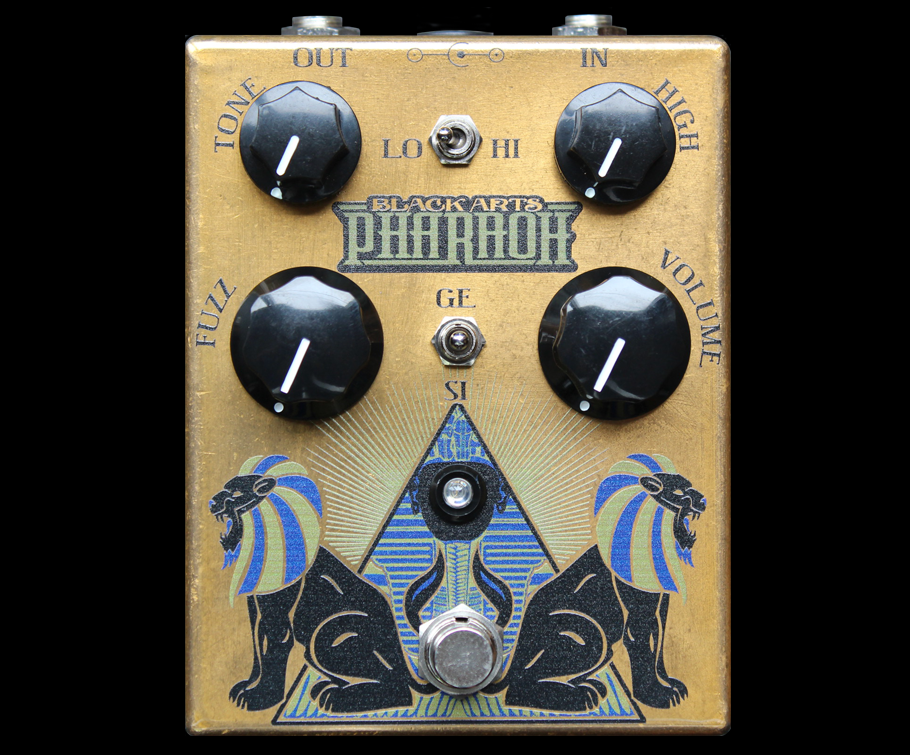 4) Name the person, living or dead, who had the best facial hair of all time
I think Bill Murray looks like a very handsomest boy with a mustache.

6) What band changed your life but you can’t stand their music anymore?
I think a lot of mid to late 90s hardcore bands would fit into that category. I choose not to listen to most bands I listened to back then in fear of ruining any good memories I have of said band/record. I recently put on a Chokehold 7″ I still have and it definitely wasn’t as great as I recollected. It was far from ok. 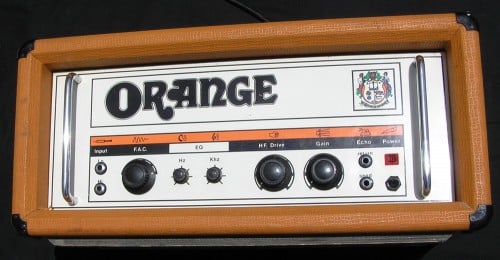 8) You recently moved from NY to LA. What do you miss about NY?
The food. Some of the best I’ve had in my life. And the strolling. It’s a great city to do an endless stroll in. During the fall is the best time for that.

9) If you were alive in the 1300’s, what job would you have had?
Drinking shitty water and dying from it.

10) What was your favorite print cartoon growing up?
Calvin and Hobbes was pretty big for me. I did some of my growing up in a pretty crappy place called Chagrin Falls, Ohio. Bill Waterson is from there too apparently. I also liked Life In Hell and Bloom County a lot.

11) If you could be the guitarist in any other band which band would it be?
I always loved the Smiths and Marr’s playing. So maybe him. Or Tony Iommi. I love the minor pentatonic. Or Jimmy Page. Because duh.

12) Is there anything you are a total nerd about? Like, such a nerd about it that you’re embarrassed?
My grill. Not my teeth. My actual grill. I have a Big Green Egg (use Google if that doesn’t make sense), and I love to “pimp my grill” as that rap man used to say from that show on MTV. Is that what he said? I don’t know. Regardless, I’m pretty obsessed with it and I like to accessorize and upgrade it all the time. It’s fucking sad. 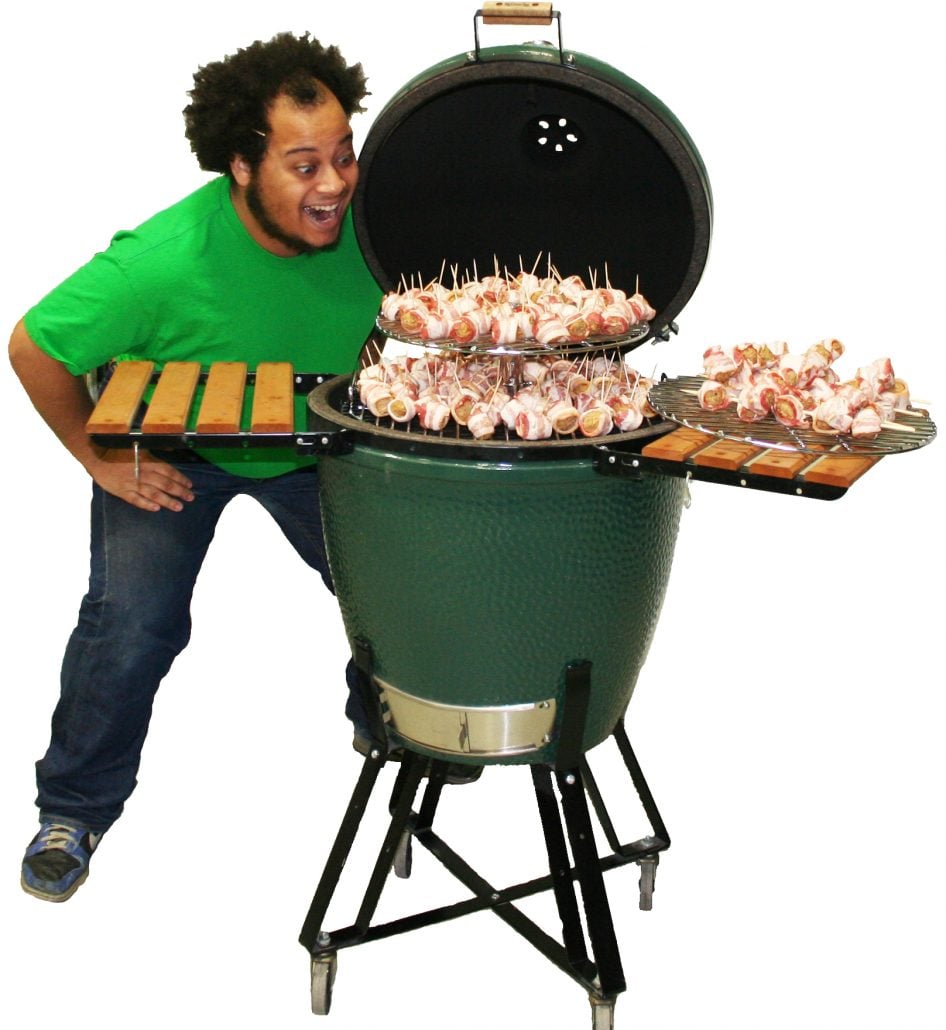 13) Rank these albums from most to least favorite…
The Crash Test Dummies being on the Dumb and Dumber soundtrack almost catapults it to the top for all time. However:
Black Flag – Family Man
The Cure – Kiss Me, Kiss Me, Kiss Me
AC/DC – Powerage
Tomahawk – Tomahawk
Dumb and Dumber – Soundtrack
Adam Sandler – They’re All Gonna Laugh At You

14) Tomorrow you die; today you dine. But what do you eat?
6 chicken and 6 pork dumplings from Dumpling Man in the East Village. For duh.

15) Favorite FOB concert/appearance of all time
Without a doubt doing the Spinal Tap trapped in the pod/mini Stone Henge with Harry Shearer on Conan. Such an honor and Harry Shearer is an awesome, hilarious guy.

Orange Amplification Sponsor The Classic Rock Roll of Honour 2014 In Los An...