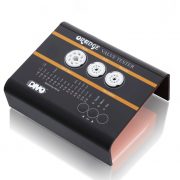 The Orange VT1000 is the world’s first fully automatic, portable, digital valve tester. That’s rad because valve testers used to look like this: 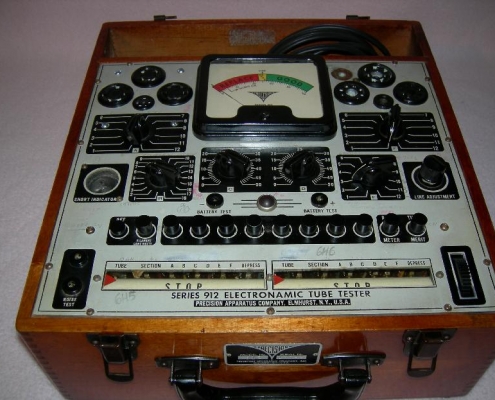 It takes the VT1000 about 2 minutes to test a preamp or power valve and get a rating of good, worn, or fail. You can also use the 1 through 10 rating system to more accurately match your valves.

Since we released the VT1000 it’s ended up in the hands of some of the most high-profile guitar techs in the world. They love how easy it is to use and how well it fits into their work boxes. In fact, they love the VT1000 so much that they filled our email inboxes with pictures and quotes about it. Let’s play a game to see if you can tell which quotes about the VT1000 are real and which are made up (answers at the end). 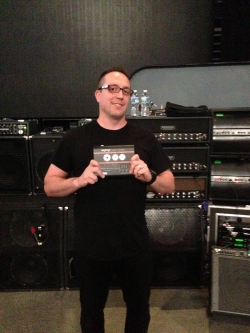 “The VT1000 is my favorite electronic device to come out in a very long time and it has already paid for itself in tube matching fees and tubes that I would have simply ended up getting rid of because I didn’t know if they were any good or not.”

“I’ve never worn underwear before, but now I do. The VT1000 is the reason. It makes me poo my pants every time I use it. That’s how exciting it is.”

“An essential tool for the touring amp tech. How many classic valves have been lost due to ‘shotgun’ amp re-tubing? Now you can really know what you are dealing with, and in a portable and simple-to-understand package that heretofore was just not possible.”

“The Orange VT1000 solved my cousin’s murder. It did what the cops told us was impossible. If you want vigilante justice served ice-cold, the VT1000 is what you need.” 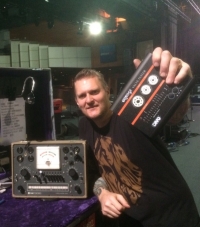 “I love my vintage Knight tube tester but the Orange VT1000 is a game changer. No more carrying around a piece of luggage, no more knobs, switches and levers to press. The VT1000 is small, reliable and easy to use. An essential piece of kit.”

“I can’t believe how crappy Mike Huckabee’s band is. Why the f*ck am I teching for this dude? The VT1000 is pretty rad though.”

7. Michael Kaye – Tech for Shania Twain, The Who, Paul Simon

“The Orange VT1000 Tube/ Valve Tester paid for itself on day one- I was able to select tubes from new and old batches for current use- and go through the boxes of pulled tubes accumulated over the years.”

“The VT1000’s rose from the ashes of the nuclear fire. Their war to exterminate mankind has raged for decades, but the final battle would not be fought in the future. It would be fought here, in our present.” 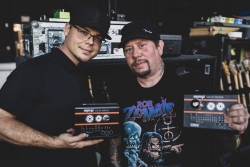 “I’ve been fixing amps on the road for years. For all those years, I wish I had the VT-1000. Knowing if the tubes were good or bad, was always guessing game. Put this one in, take this one out. Not anymore! The VT-1000 does the hard work for me!”

“I’m the kind of guy who hates streamlined processes and anything that makes life easier. With that said, the VT1000 is the biggest piece of sh*t I’ve ever used. Only buy one if you love convenience.”

For more about the VT1000 Valve Tester Go to Our Website