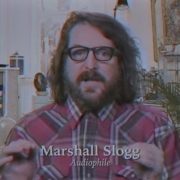 Orange Amplification’s latest video, on the new ‘O’ Edition Headphones website, is a shocking revelation which, has taken the amp world by storm. Newly discovered footage confirms what conspiracy theorists have been claiming for decades: Orange Amps is a front, a sham, born solely from the desire to create the ultimate pair of headphones. Yes, headphones. The rare documentary, which appears to have been made with little to no budget, is entitled ‘Erroneous History of Headphones.’ It features interviews with famed headphone historian Rosamund Silberson VII, as well as the late headphone enthusiast and counter-culturalist Marshall Slogg. Erroneous History of Headphones takes the viewer on a trip through the origin of headphones, from their use by telephone operators in the early 20th century to the American Great Depression when Mr. John ‘Chicken Noodle’ Campbell realised their potential as soup cans.“I had no idea headphones used to have soup in them,” said bewildered SnapChat commenter Orangesucks32. “I also don’t believe this is actual history, like, at all.” The news that Orange Amps was founded as a means of bankrolling the owner, Clifford Cooper’s dreams of building the “last pair of headphones you’ll ever need to buy” is sure to upset even the most dedicated of Orange fans. Since 1968 the company has been seen as a bastion of crunchy British guitar tone. Artists from Slipknot to Stevie Wonder have played their amps. What will the fans say when they’re told it was all a lie? “Orange has lied to me. I’m gonna assume they were lying when they said they didn’t have the budget for a first class ticket to NAMM too. I’m still gonna play their amps, of course, but I probably won’t be using their O-Edition headphones…in public,” commented Jim Boot, Sipknot. “What did I just watch? Where am I? Where are my shoes?” asked Brent Hinds, Mastodon For his part, Orange Founder Cliff Cooper is remaining mum on the subject. After repeated attempts for comment on this story, we received only a vague and hurried response from his secretary: “Freaking game changer.” Watch Erroneous History of Headphones now with (obviously fake) commercials:

https://www.youtube.com/watch?v=6_ePgjnQM-s To find out more about the origins of headphones, a social history of our times and to purchase theheadphones please go to https://orangeheadphones.com/

Crush Pro – A Tube Amp Without the Tubes
Scroll to top