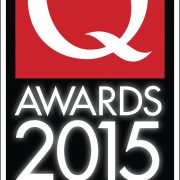 This year Orange Amplification will be sponsoring the Best New Act Award at the 2015
Q Awards, in association with Absolute Radio, to be held on the 19th October in London.
Christian O’Connell, multi-award winning DJ, TV presenter and sell-out stand-up comedian will host this year’s star-studded pageantry. Previous years have seen many of the world’s greatest rockstars in attendance at this prestigious event including Ed Sheeran, Kasabian and U2. 2015 is expected to feature equally big names from a list of nominees that includes Florence & the Machine, Noel Gallagher’s High Flying Birds, Muse and Royal Blood.
“The Best New Act Award has recognised many Orange artists in the past including Oasis and Supergrass. It’s a pleasure to be involved with this years Best New Act award which help’s recognise tomorrow’s biggest bands.” said Charlie Cooper, Marketing Director.
Orange Ambassadors included in the nominees are British punk band Slaves, alternate rockers Wolf Alice, plus Foals are nominated for the Best Track, Best Video and Best Act In the World Today awards. Catfish and the Bottlemen are nominated for the Best Live Act Award.

To vote for each category in this year’s Q Awards go to http://www.qthemusic.com/q-awards/ where every voter will be entered into a draw to win two tickets to the award ceremony.