When PMT Manchester asked Orange Amplification to help raise funds for the We Love Manchester Charity, the company was delighted to be able to donate a signed CR60C Combo for a charity auction. The auction took place on Saturday 7th July, and the amp, signed by some of the Orange Ambassadors who performed at Download 2017, was sold for £1050.

PMT Manchester Store Manager Andy ‘Beef’ Hartwell said ‘PMT Manchester and Orange have a long-standing friendship. I wasn’t prepared for the generosity of Cliff Cooper and James Deacon giving me a £400 amp signed by Artists at Download festival last year. The amp donation reached £1050 at auction that night. A terrific success only possible with the help of our friends at Orange Amps.’

The one of a kind amp was signed by Brent Hinds of Mastodon and Vman (Alessandro Venturella) from Slipknot. Other signatures on the amp were Billy Martin from Good Charlotte, Steve Micciche from Every Time I Die, Vidar Landa, Bjarte Lund Rolland and Maciek Ofstad guitarists with Kvelertak and Bryan Giles and David Sullivan guitarists with Red Fang. Other autographs were Kelby Ray from Cadillac Three and Kevin Antreassian of Dillinger Escape Plan.

The We Love Manchester Emergency Fund, was created after the Manchester Area attack to help relieve financial hardship among the victims and survivors of the disaster including families and dependents of those killed or injured and to relieve physical and mental sickness or disability of the victims and their dependents.

Cliff Cooper, CEO and founder of Orange Amplification said ‘the Manchester Arena attack touched us all in many different ways, we at Orange were delighted to be able to help with the donation of this unique, one off, signed CR60C Combo.’

To find out more about the We Love Manchester Charity and make a donation, please go to http://www.manchesteremergencyfund.com/ . 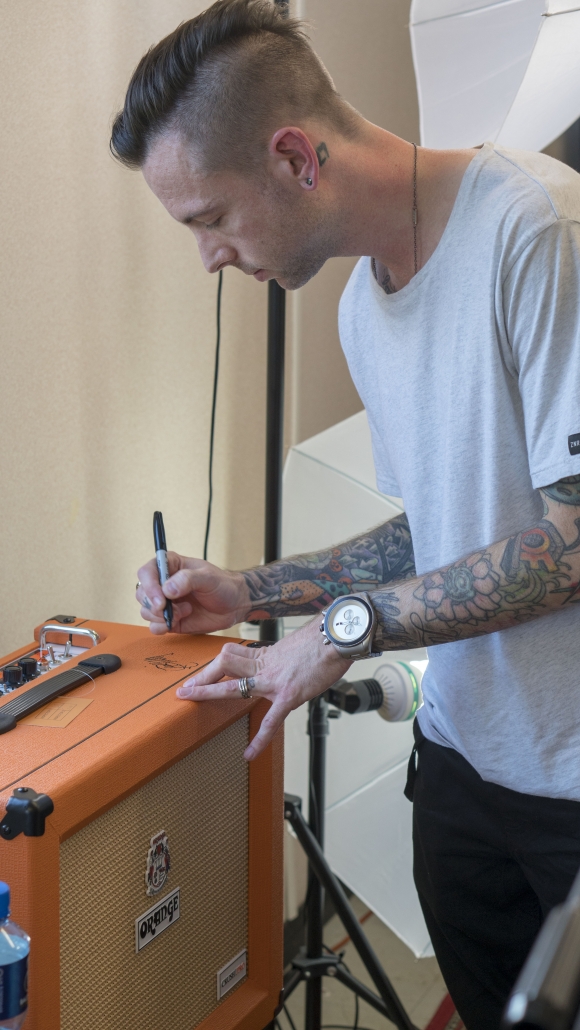 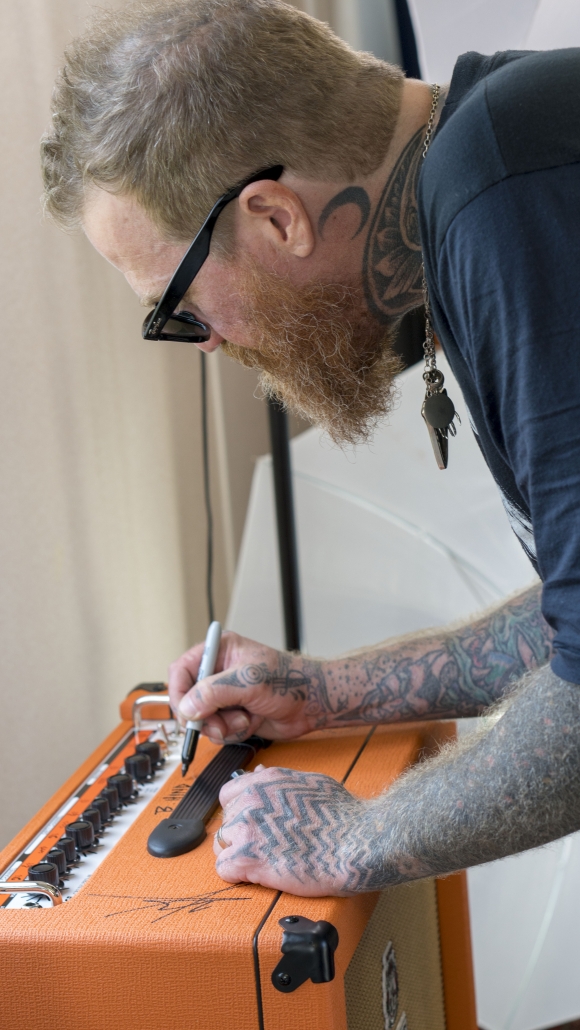 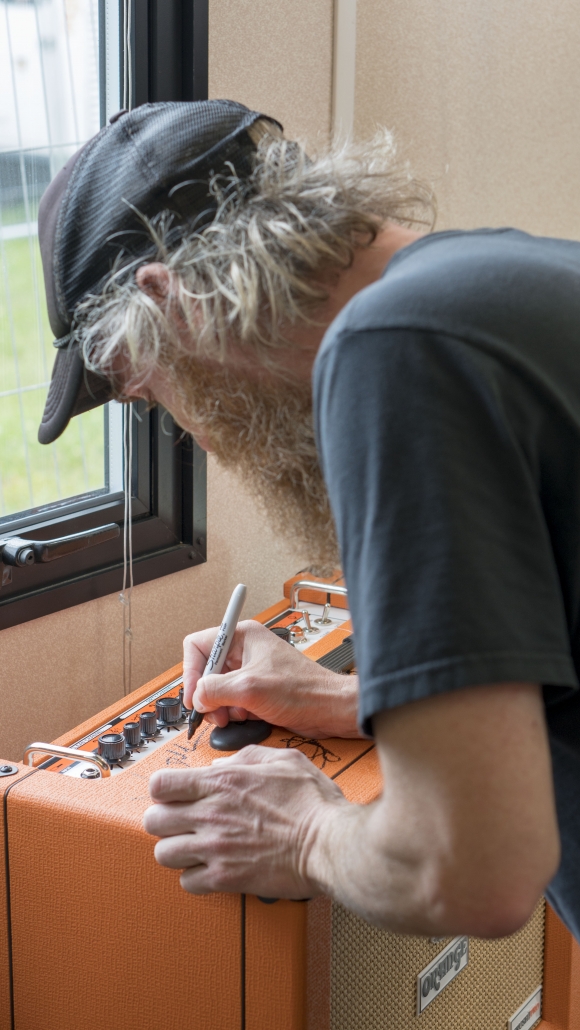 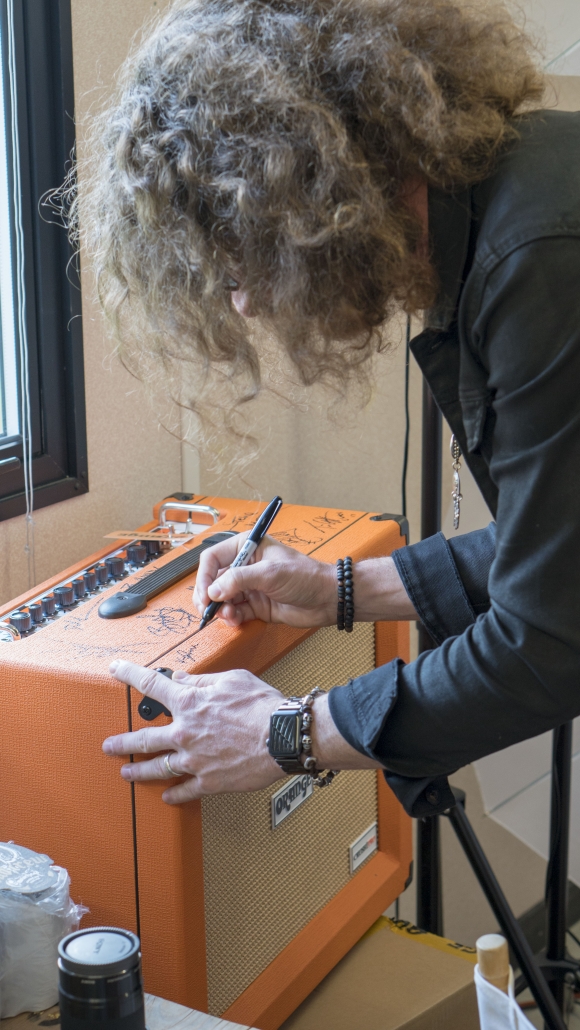 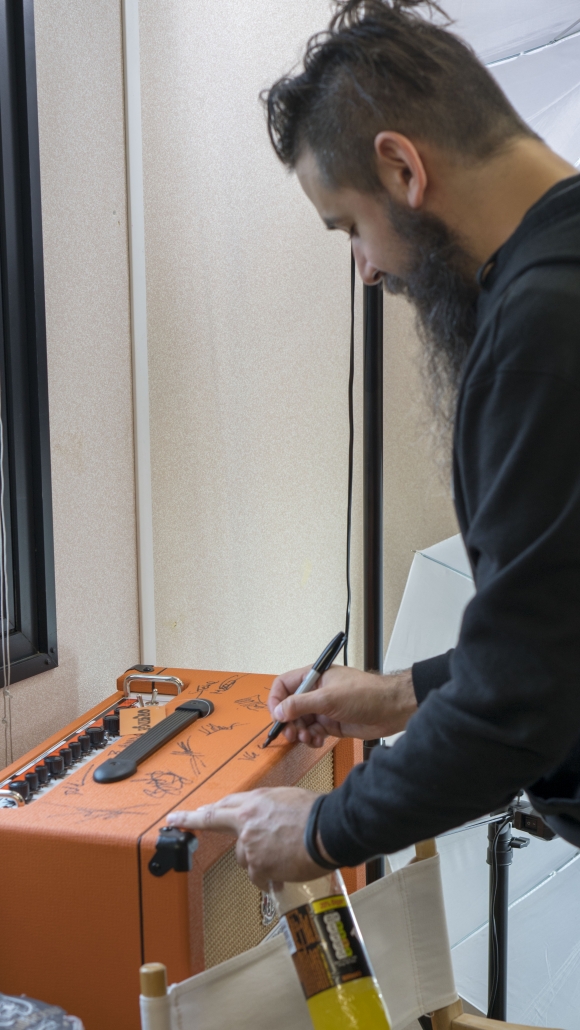 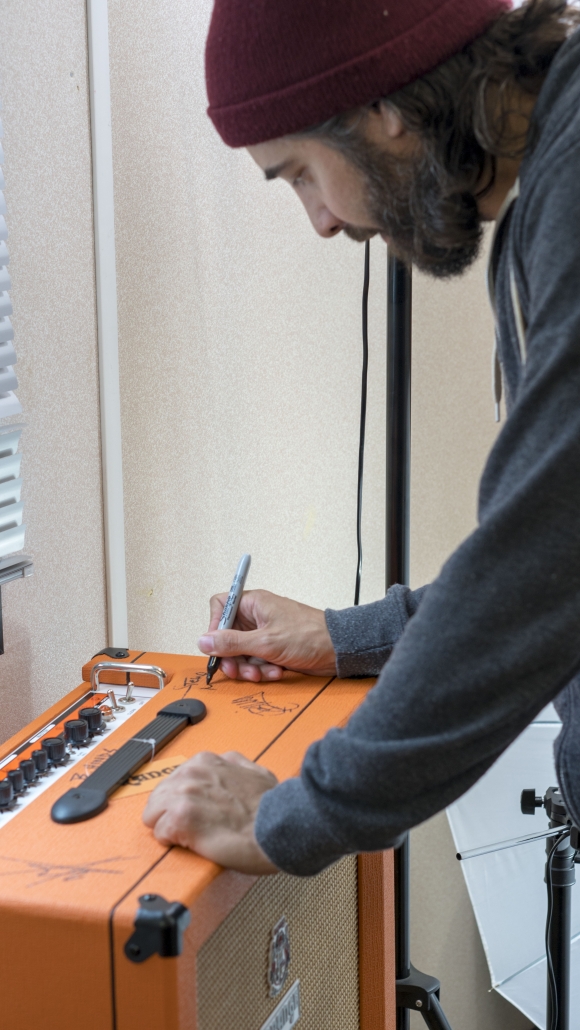 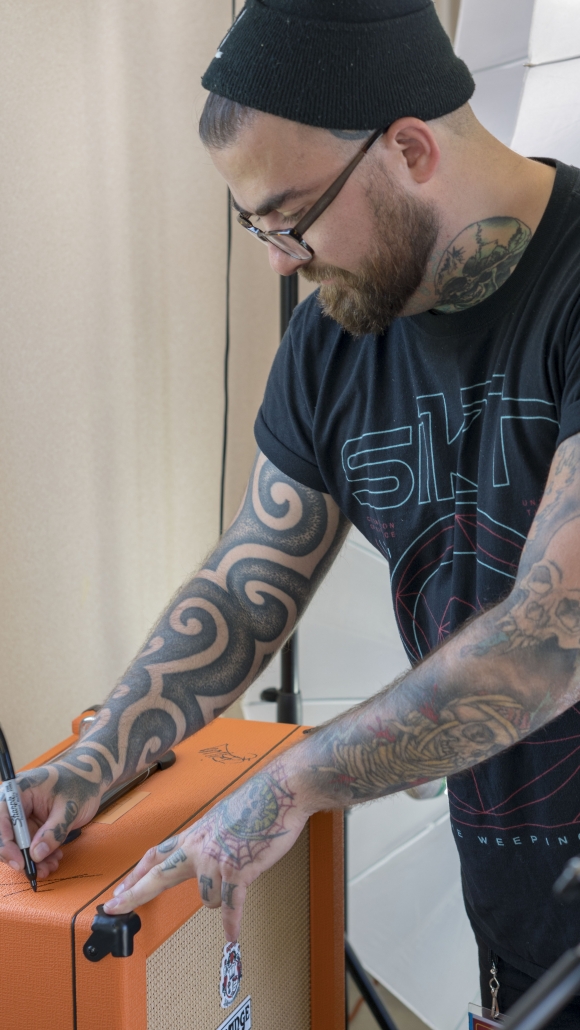 Interview: Will from Puppy
Scroll to top