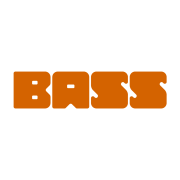 It’s the Voice of Bass this month at Orange and I have been asked to recommend some albums that celebrate some of the best rumbling bass lines known to the music industry. I have decided to pick albums because at heart I am a hipster who listens to vinyl and I also struggle to pick one song from an album. In this list I have picked some classic songs but I have also tried to steer clear of the really obvious ones such as “Another one bites dust” has i’m afraid been left out, anyway let’s go!

For me you cannot have list about bass without Manny being involved, i’ve chosen to showcase his work in the Stone Roses (easily could have picked ‘Screamadelica’) and the band’s debut album. The opening song ‘I Wanna Be Adored’ starts with a cacophony of sounds, then the rumbling bass tone comes in and brings in the rest of the band. I could have picked any of the songs on this great album, from the bass line that opens ‘She Bangs the Drums’ all the way through to the bass riff that is the main groove of the albums eight minute finale ‘I Am the Resurrection’. What impresses me so much is the groove that goes through all of Manny’s playing and how he is always locked in with Reni. They are one of the best rhythm sections I have ever seen live.

I made a promise to myself that I would not have slap bass in any of these selections and already I have broken my rule (I also think there is another one later as well). But in my defence, this is here because of the musicianship that occurs across the album and the standout part is the bass playing, closely followed by the drumming!  I had to choose as the example ‘You Can Call Me Al’ mainly because of the bass solo that occurs at 3.44, yes I know it is a slap bass solo but sometimes, just sometimes they can be done well. Throughout the album the bass is the key component in the songwriting, especially on ‘The Boy in the Bubble’ and ‘Graceland’ it takes centre stage with carefully considered slides and beats in the bass line that propel the songs forward.

Lou Reed’s ‘Transformer’ is a great record for many different reasons, the iconic bass line that makes up it’s most famous track ‘Walk on the Wild Side’ is one of the main reasons. The iconic sound was created by interlocking bass lines played on a double bass and then overlaying a bass guitar line over the top. Herbie Flowers who played bass on the track came up with the idea so he was able to charge double for his work on the track! Herbie played bass across many of the tracks except for “Perfect Day”, “Goodnight Ladies”, “Satellite of Love” and “Make Up” which Klaus Voorman played on. If you haven’t checked this album out (one where have you been?) I recommend it very highly.

Described by the band as being “f**king heavy” Alexisonfire’s final album before their hiatus opens with the grizzled bass tone of “Old Crows.” The album is full of great moments of bass playing with Chris Steele locking in with drummer Jordan Hastings through out. I picked this track mainly because of the tone that starts the track off, another highlight on the album is the locked in groove of “The Northern.” This slightly slower paced track sits in the middle of the album and has a classic bass tone and groove.

It couldn’t be a list without Rage Against the Machine! But you can’t have a bass list without Timmy C from Rage Against the Machine. This album has so many high points for a 4 string player it’s a masterclass in different techniques. From the start of “Bombtrack” with the staccato finger playing to the slap bass from “Take The Power Back” (sorry about more slap bass.) This album should be taught to every bass player! I chose “Know Your Enemy” because the bass line has such a groove and swagger in the intro and then it just switches back on itself into a walking bass line for the verse with such ease. The album is full of musicianship like this, from start to finish not only is it a great record but exceptional bass record.

So i’ve missed out a lot of other great records for bass, I know but I made a decision to only choose five so you guys could comment and let me know more. Maybe you found some records that had passed you by and this makes you check them out. Leave in the comments your recommendations and I will check them out! 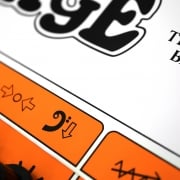 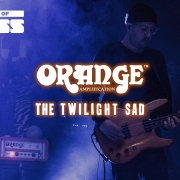