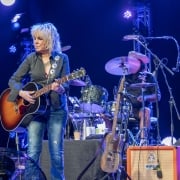 As the summer rolls on and we get perilously close to the end of festival season, Orange Amps seems to be sending me to a varied and diverse lineup of festivals. This week was the Cambridge Folk Festival, which has been on the same site since 1965! Being from this part of the world, it is amazing in my 31 years of existence I have never set foot onto these fabled grounds. So I thought I would dive right in and see what the Folk Festival had to offer.

Whether it was the diverse lineup or the mixture of workshops and talks, you would find it very difficult to run out of things to do at the Cambridge Folk Festival. When I arrived on site on Friday the second stage was in the middle of a Yoga session and I had just missed the morning T’ai Chi session in the well-being area, I had forgotten my yoga mat anyway. And when you feel like some music the 4 music stages give you everything from bluegrass through to folk and country.

The festival is set in Cherry Hinton Hall Park which is 15 mins away from the famous city centre. It was really strange to walk through the suburbs of Cambridge and then for the rows of tents to appear to announce the entrance to the festival. It felt like finding an undiscovered part of the city, with smaller stages dotted around the campsite, attendees have a wide array of choice. The well-being area is surrounded by a lake and duck pond to add to the positive vibes. The music stages are close enough to be within a short walk from each other but not too close to create noise issues.

Most festivals I end up at through work there are people tearing round the site trying to see every band on the bill and drink their weight in beer (just like to say there is nothing wrong with this, drink safely guys!) But it was nice to see people relaxing while the bands were playing and having a dance and generally having a lovely time. People were in early to set up their camping chairs and then spent the rest of the day enjoying the acts. This doesn’t mean to say no one was moving, far from it, the ceilidh dancing was in full flow throughout the festival, don’t worry I didn’t have a dance.

Having never been to this festival I was overwhelmed by the talent of the performers and how diverse the acts were. One moment you could see blues slide player Jack Broadbent shredding and then the next, Jose Gonzalez multi-layered nylon string guitar playing. There were so many highlights, Graham Nash’s set on Friday, Lucinda Williams show on Saturday and Imarhan’s desert blues on the Sunday. I could name another 10-20 acts, it really was that good! 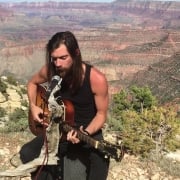 What Orange Means by ‘Voice of Quality’
Scroll to top