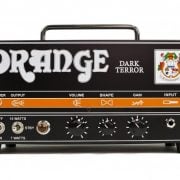 In 2007 Orange released the Tiny Terror. It was the beginning of the “lunchbox” craze of low-wattage, portable amps. Since then we’ve expanded our offerings in the series to include the Dual Terror, Dark Terror, Micro Terror, Jim Root #4 Signature Terror, and the Tiny Terror Combo. But exactly what are the differences between these amps and what was the inspiration behind them? We get this question quite often so we’ve decide to clear it up for you. 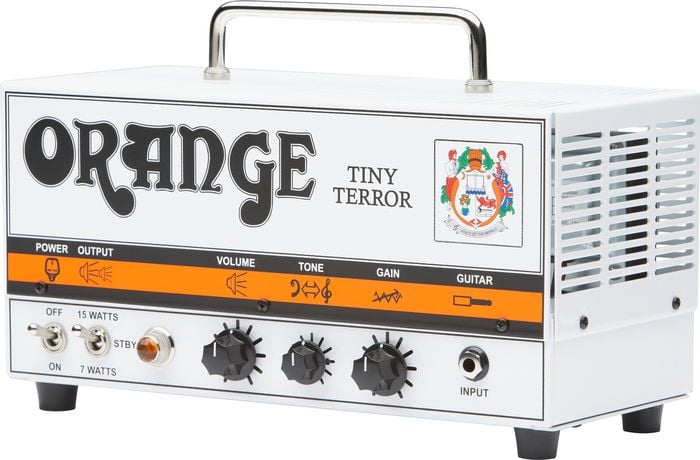 Why we did it: In the words of the Tiny Terror’s designer, Ade Emsley, he wanted an amp “that could fit on a piece of A4 paper.” So was it just a matter of convenience? “No,” says Emsley, “it needed to sound like the guitars in the first three AC/DC albums AND be the size of A4 paper.”

What it does: The Tiny Terror is a crunch machine. It’s become one of the most sought-after tones for producers, particularly for its rhythm capabilities. While it can clean up, most players use it for straight-up rock and roll. 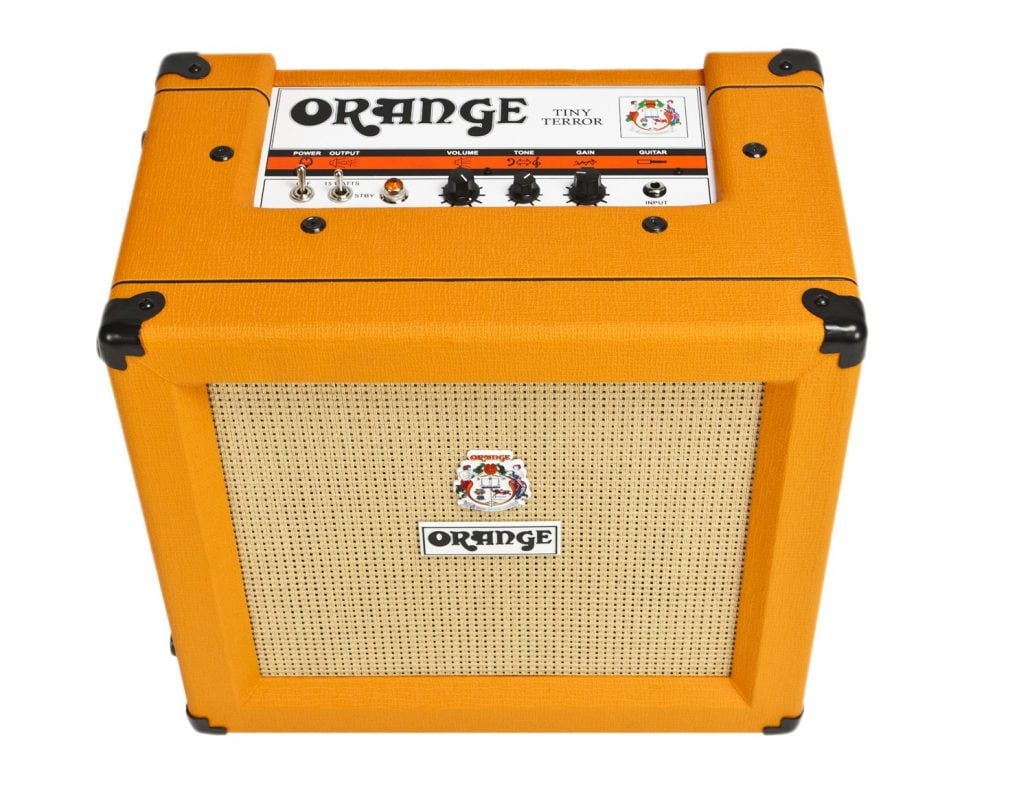 Why we did it: We sold about 10,000 Tiny Terrors in the first year of its release, so there was no question we’d be making a combo out of it.

What it does: The Orange “Voice of the World” speaker – based on Celestion’s Vintage 30 – in this combo adds a lot of weight to the bass and mid tones, giving it a true Orange vibe. The Vintage 30 has a long-standing history of use in Orange products. 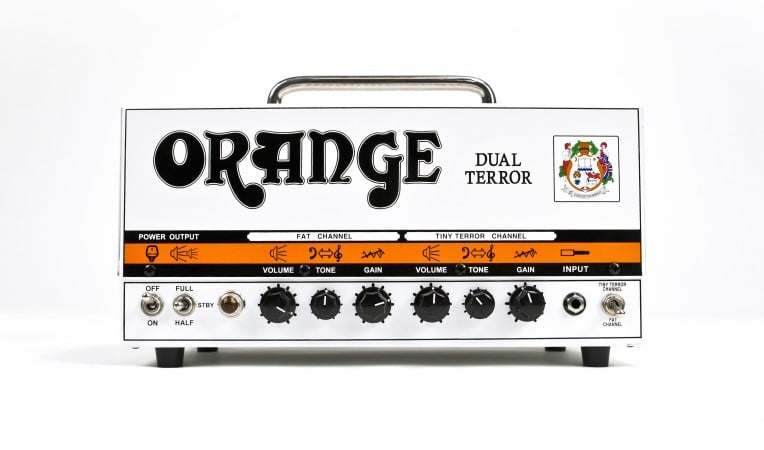 Why we did it: Adding an additional channel to the already successful Tiny Terror was another no-brainer. The consumers wanted more options and a higher-wattage setting so they could keep up with a full band.

What it does: The added wattage means additional headroom and a higher threshold for break-up. The “fat channel” is perfect for rhythm while the original Tiny Terror channel works great for lead tones. 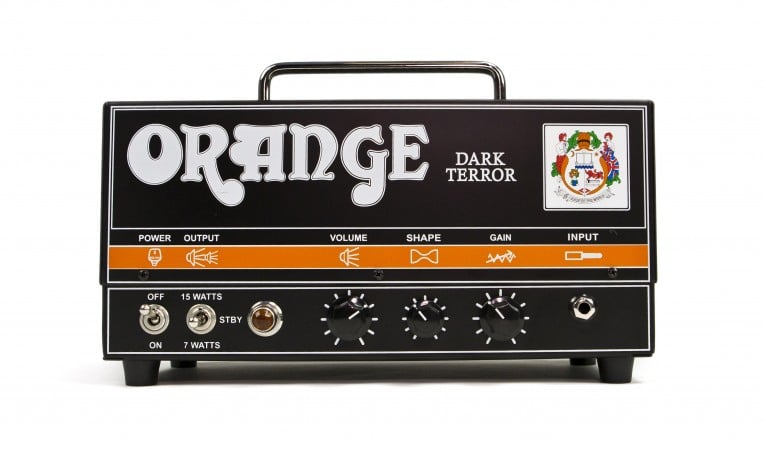 Why we did it: “Orange’s popularity amongst metal guitarists was taking off around this time. The high-gain British crunch that’s inherent in many of our amps – the Dark Terror was no exception – was seen as a equal alternative to the more nasally American metal tones. The Dark Terror was released just as other company’s were beginning to copy the original Tiny Terror.” – Alex Auxier, Artist Relations

What it does: Much as the Tiny Terror became a producer’s dream amp, the Dark Terror is a hard rock and metal amp that has become a standard in the studio. The “shape” knob is a mid-EQ scoop that’s capable of classic rock overdrive at 9 o’clock and treble-blasting metal when dimed out. 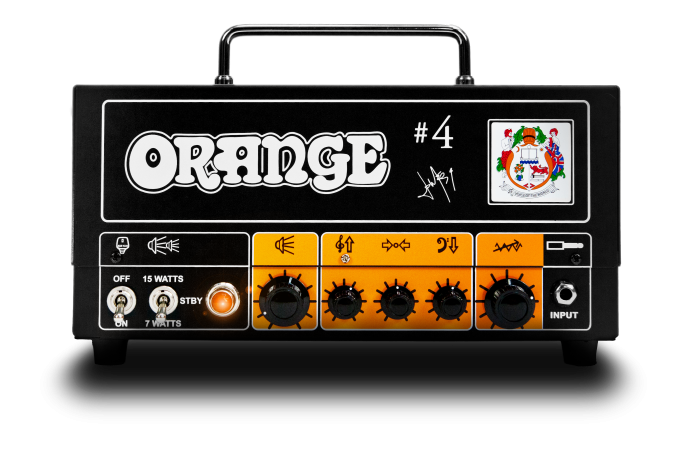 Why we did it: The first signature amp we ever made in our 45 year existence. A lot of people questioned why we’d team up with Jim Root for our first. If you play this amp you begin to understand. Jim isn’t just about metal or hard rock. He’s a huge classic rock enthusiast too. That’s why he wanted the retro Orange logo and the pics-only face plate. But the tone he requested was that of his Rockerverb 100’s dirty channel mixed with our vintage-inspired OR series. We couldn’t argue with that suggestion!

What it does: Despite being associated with metal royalty, the #4 actually an extremely versatile amp due to the full EQ options. It can clean up to a creamy chime or blast into modern metal territory, all the while retaining the darker-side of the classic Orange mid-range tone. 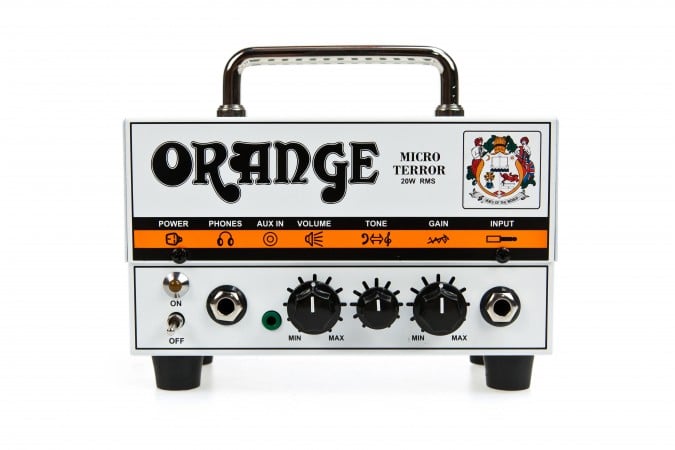 What it does: Bedsides being an almost perfect practice amp, the Micro Terror is an amazing back-up amp for almost any size stage. Plug one of these into a 212 or 412 cab and prepare to wet yourself with the amount of presence you’ll achieve.