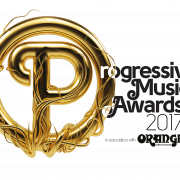 Orange Amplification is delighted to be sponsoring the 2017 Progressive Music Awards once again. These prestigious awards will be held at The Underglobe on the September 14th. This year, Orange Ambassadors Mastodon, Sólstafir and Rush are nominated for awards.

Mastodon, winners of this year’s Golden God Award for Best Live Band, have earned themselves a reputation as one of the most creative metal bands of a generation. The stunning artwork of their best-selling seventh studio album, Emperor of Sands, has been nominated for Prog Awards 2017 Album Cover Of The Year. In addition, ‘Show Yourself’ the second single from the album and the band’s most commercially successful has been nominated for Video of The Year. Mastodon has just announced their Emperor of Sands tour will be extended with seven UK Shows from December 2nd in Cardiff to the 10th in London.

The music of Icelandic heavy metal band Sólstafir has been described as a unique blend of metal, beautiful melodies with psychedelic moments. They have been nominated for International Band / Artist of the Year at the Prog Awards. Their sixth album Berdreyminn, released in May 2017 is being supported by a UK and European tour throughout June.

Rush’s fortieth anniversary edition of their seminal ‘2112’ album has been nominated for Reissue Of The Year, sponsored by Orange Amplification. The re-mastering of this landmark 1976 album adds polish to an already superb example of musical agility. It has Orange Ambassador Geddy Lee’s vocals popping and his iconic bass lines sounding refreshed and rejuvenated. The album may be forty years old, yet 2112 remains as relevant as ever.