Before Mini Mansions’ gig at Oslo in London, bassist extraordinaire Zach Dawes took the time to talk about touring, his first encounter with Orange and the music he’s currently listening to. Oh – and he ran us through his gear, obviously. 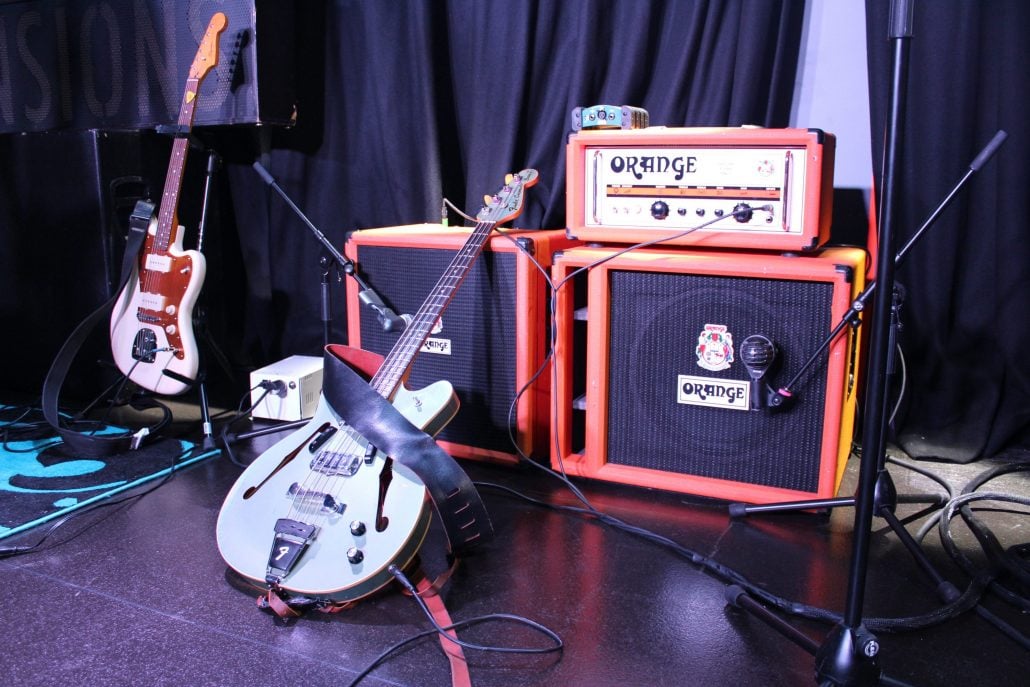 How has The Great Pretenders tour been so far?
Really great! And really long, there’s been a lot of dates. I’d actually like to know how many dates exactly, we’ve been really busy.

When did you start using Orange?
In the UK I’ve been using it since the first time we came over, I’m not quite sure when that was but it’s been a few years now. In the US I’ve only been using it for about a year an a half.

Do you use any specific pedals that works well with the amp?
Well yeah, they all do.

Because Orange is amazing…?
Of course!

Do you remember the first time you saw an Orange amp?
I think maybe that was Mars Volta, when I was around 18 or something.

So how old were you when you started playing the bass?
11 or 12, but then I took a break for a little bit.

Was it someone or something in specific that inspired you to start playing?
Well, I just got sick of playing the piano. I played that when I was a kid, and then bass just seemed like a logical step after that. I was starting a band with some friends and bass was the only thing missing, so, you know… 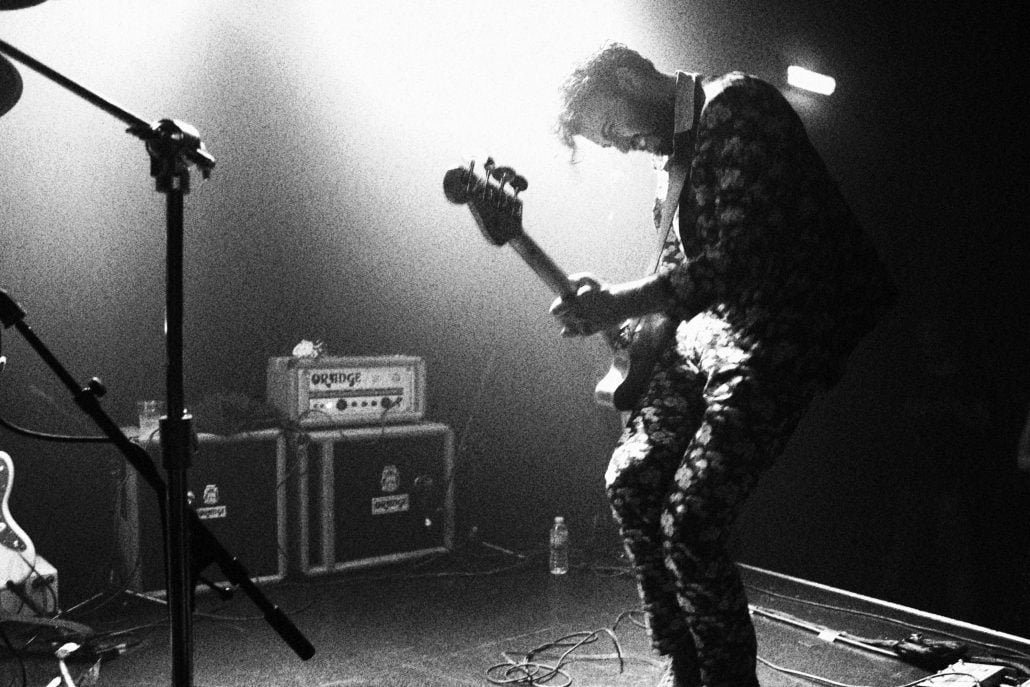 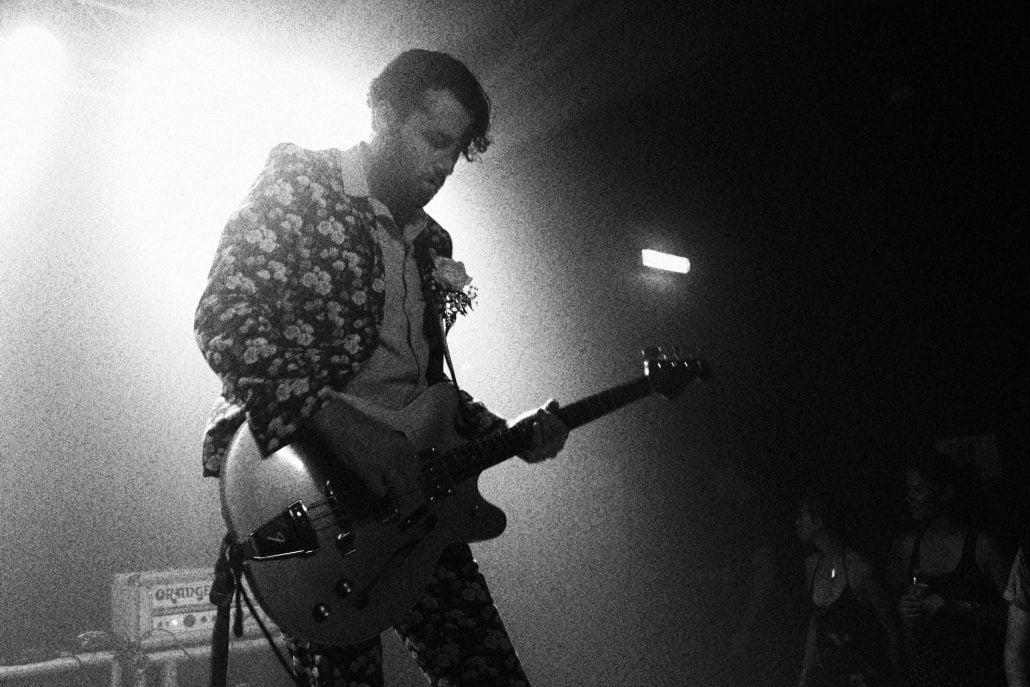 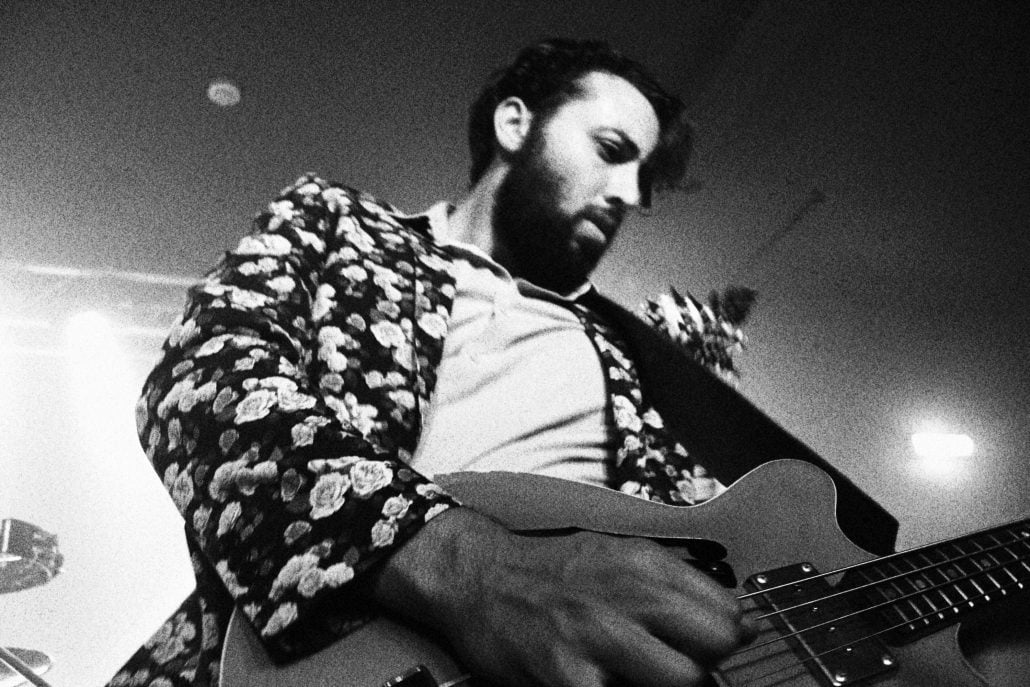 What bands are you currently listening to?
I like the new Mac DeMarco record a lot… Will Butler, and I like the new Father John Misty.

You played some shows with him, didnt you?
Yeah, or we only played one. I really like his new album.

Do you have a favourite Mini Mansions song?
……I don’t know. I’m excited to start playing ”Fantasy” live though, as we don’t do that yet. That’ll be fun.

So when can we expect that to happen?
Pretty soon. We’re back in the UK in a month or so to play some festivals – it’ll probably be on the set list by then.

If you could only listen to one album for the rest of your life, which one would it be?
Maybe Abbey Road, maybe…

Have you been to Abbey Road?
No, I haven’t actually. Have you? Is it far?

After trying to explain how he could easily get to Abbey Road and discussing which Beatle isn’t wearing shoes on the cover (It’s obviously Paul McCartney – how could we forget?!), I snapped some pictures of his gear, before leaving the venue only to return a couple of hours later for their gig – which by the way was incredible, and had a surprise cameo from Alex Turner. All in all a very good day, and night.