“I’ve had the same two Rockerverb MKII 100 heads and cabs since 2011. Not once have I had any problems with my Orange gear. I’ve never even blown a fuse or a speaker. My band, Evanescence, tours all over the world, playing in different climates from cold and dry to hot and wet. My gear has been shipped back and forth across the Atlantic many times, been in cargo holds in the belly of airplanes across the pacific and always performs when the time comes. It’s more reliable than just about every piece of gear that I’ve ever had!!!” Troy McLawhorn of Evanescence

“My Orange Rockerverb 50 mkIII has been all over the country, dropped, had beer spilt on it, kicked, plugged into shady power outlets and is still here to break my pinkie toe when I accidentally kick it in the studio!” Ryan “Fluff” Bruce (Guitar Influencer)

“I’ve been touring with the same head and cab for over 800 shows with Hero Jr. and I’ve never had [knock on Orange wood] a problem. My rig sounds as killer as it did when it came out of the box 7 years ago.” Ken Rose of Hero Jr.

“These new Oranges have been the most road worthy amps I’ve ever known.  I started using an OR 100 and Rockerverb 100 in 2015.  The only thing that took out the OR 100 was playing it in 2 different rainstorms.  It survived a brutal rainstorm at Voodoo Fest in New Orleans but another storm in New Jersey killed it. The Rockerverb is still going strong 4 years later.” Tim Sult of Clutch

“I use the AD200 MK3 head and OCB410 cabinet, an absolute unit!!! The tone I get from the amp is unreal, depending on the artist I’m playing for I can change it up between a warm vinyl like tone or beef it up so that the bass is absolutely pounding!” Mandy Clarke of KT Tunstall

“My Terror Bass amps have been absolutely rock solid since I got them. I’ve never had a single problem. The same was true when I was playing the AD200B heads. Despite being 200 watts of sheer tube-destroying power, they never once needed repair work. You can drop them from waist height and they always survive (which has, thanks to various stagehands, happened more than once unfortunately).” Glenn Hughes

Oh look! Another “best of 2017” list. Awesome! And its several days late? Even better.

Wait, this is a list made by a bunch of dorks who work at a guitar amp company? I bet their tastes are SUPER great. That must be why they work at an amp company instead of managing bands or doing A&R for a major record label.
I’m sure everyone is going to read this list in depth and with lots of attention to detail.

Why It Was Rad: Pretty amazing gig, Clutch played a full Orange back-line and just nailed it. At the end of the night, Neil joined Mastodon for a song – which you can see here (forward to 30 minutes in) 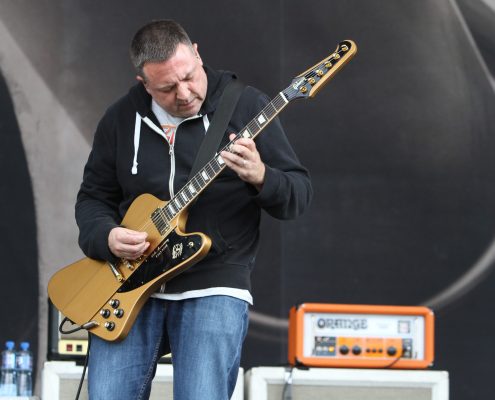 Why It Was Rad: Mastodon playing one of the biggest theaters in their hometown? Yes please. The energy was insane. Speaking to the band afterwards it was clear they thought it was one of the best performances they’d ever put on. Afterwards Jesse Hughes from EODM played a few songs at an unofficial aftershow. All in all it was a hell of a night! 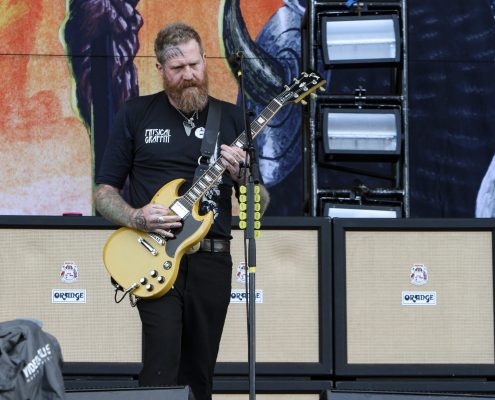 Why It Was Rad: I was eager to catch these guys after I heard their new album on Bird Attack Records that was produced by Trevor Reilly (A Wilhelm Scream) and they sure didn’t dissapoint this fan of melodic skatepunk with heavy riffage.  Allout Helter brought the pain with plenty of noodly guitar harmonies and cool palm mutes, (guitarists using a Rockerverb and a Tiny Terror) all over cut time drums that any appreciation of the genre should dig. 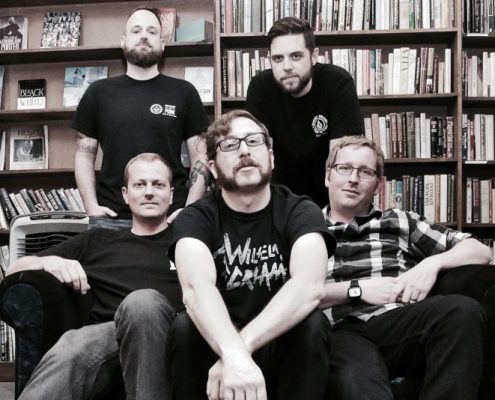 Why It Was Rad: This was the first time I’d ever seen Metallica live despite having been a fan for the better part of 25 years. I had high expectations but they absolutely smashed it, 2 hours of chest shatteringly loud awesomeness! 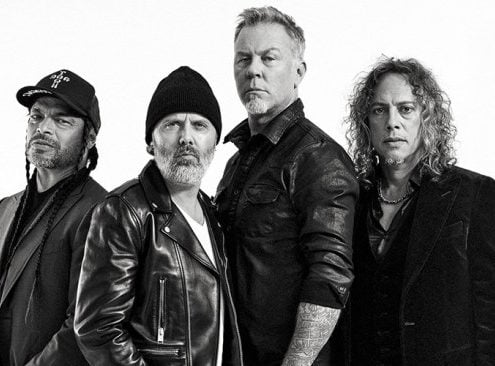 Why It Was Rad: Utter chaos in a small venue, sound was great and band were ace. 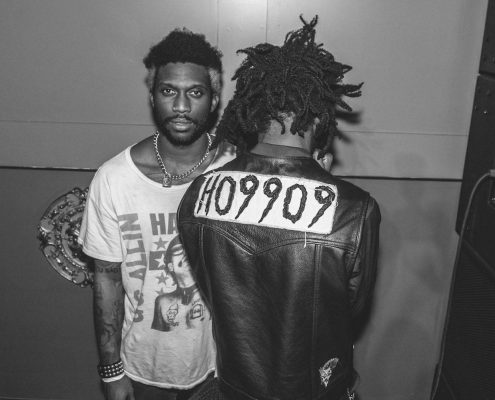 Why It Was Rad: Three insanely super-talented dudes from other bands that are just having the best time in the world shredding riffs, smashing drums, and melting faces.  Sometimes you see a band that inspires you to go home and pick up your instrument to practice more, well this band is so freakin’ good that it makes me want to never touch an instrument again.  Bonus points for them using an Orange Bass Terror. 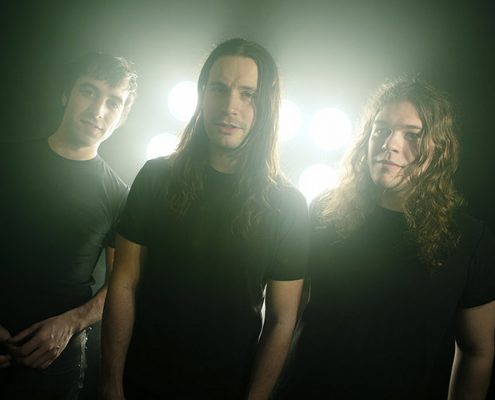 Why It Was Rad: 2017’s been a fantastic year for gigs, but the band that had my gut wrenched in excitement the most was Radio Moscow. I was lucky enough to tag along on tour with them in August and had my brain melt every night for a week. Still, the highlight was a few months later when they headlined Desertfest Antwerp in October. To see them on such a big scale and have them blow absolutely everyone’s mind was just spectacular. Give their song ‘Dreams’ a go and you’ll get my drift, it’s like a 21st century Jimi Hendrix Experience. Earthless straight from the airport after 18 hours of travel was also pretty god damn incredible, and the thought of the two bands having joined forces in Alpine Fuzz Society is just beyond me. 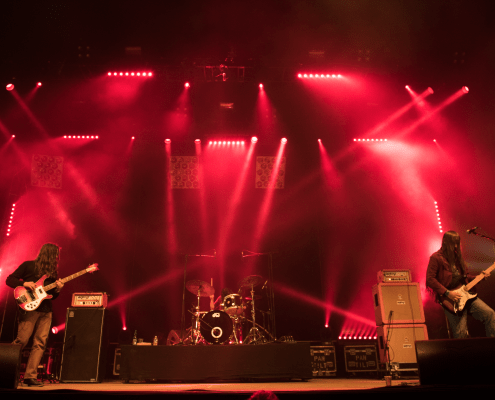 What’s been your relationship with Orange? What is your first memory of the amps?
I found my first orange head in the mid 90’s in a used music store in Colorado. And I bought that for 600 bucks. I played that for a long time, it was a 70’s OR120 I believe. Over the years I have tried out a bunch of different Orange stuff and I think the new stuff they have out now is probably my favorite amps I’ve played of all time. They sound absolutely incredible when I plug them in and start playing I have no complaints about anything as far this Rockerverb and the OR100, absolutely amazing sounding heads and I’m very happy to playing Orange again!

What’s been your first impressions of the Rockerverb MKIII
My first impression of the new Rockerverb 100 MKIII,  as soon as I plugged in and turned it up. I thought it sounded absolutely incredible. I love the dirty channels on these new Oranges, I think they sound very natural and warm. As opposed to a lot of distorted channels on other amps that don’t sound natural and warm to me. I love the built in attenuator that it also has in it, it’s a feature I have not seen on an Orange amp, that I know of. The tone is incredible as well, I’m loving the tone of the new Oranges!

What’s your impression of the Bax?
You guys just call it the Bax?

Yep, the Bax Bangeetar!!!
Ok! I’m personally not a huge overdrive or distortion pedal kind of guy but my first impression of the Bax Bangeetar. Wait, what? Its actually a guitar pre EQ? Oh ok wow! I should have looked at it before I played it! At this point I’m pretty sure I need one in my life, as soon as possible. I usually don’t use stompboxes for leads or anything like that but I think I might start!