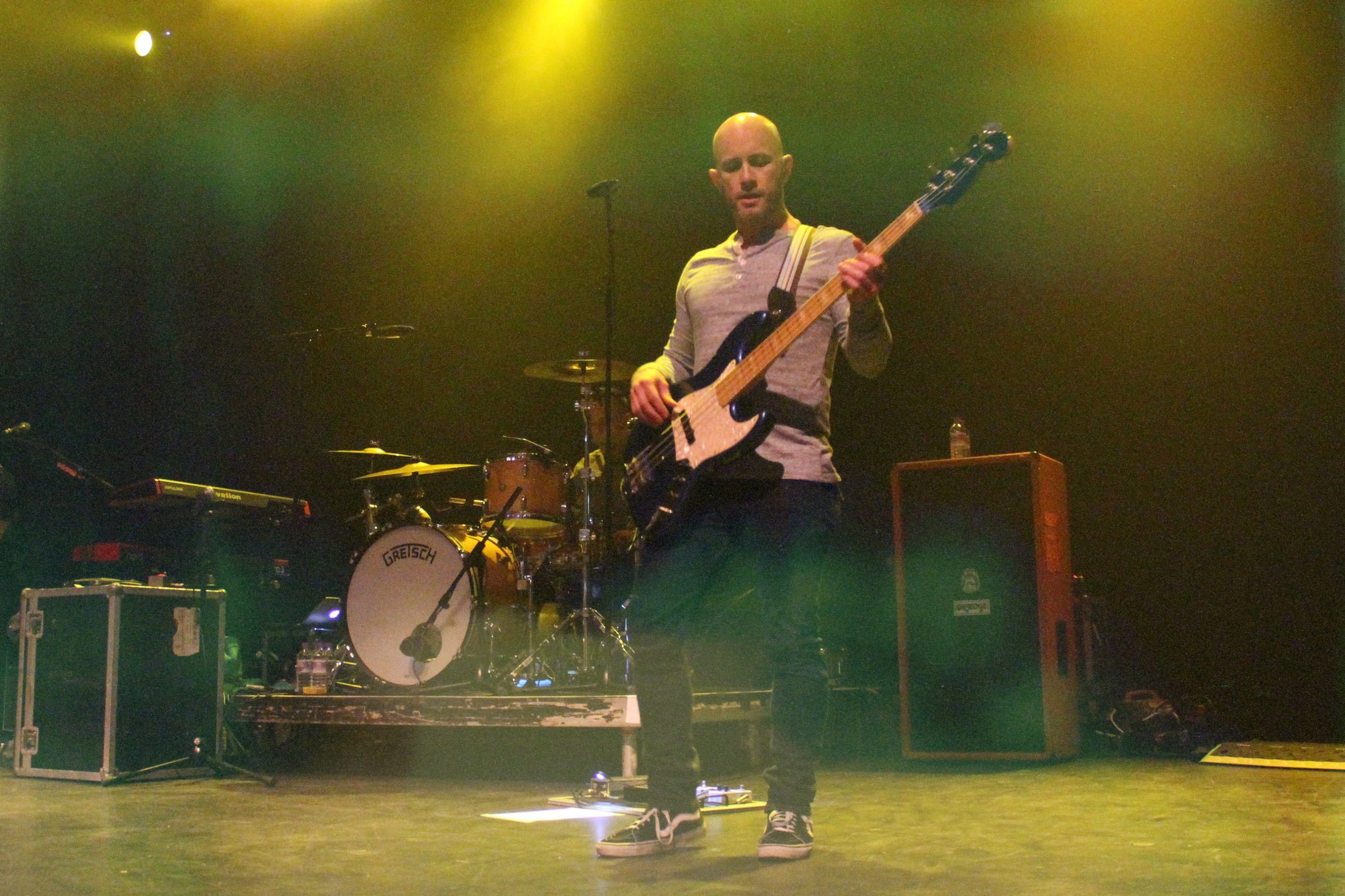 Who are you, and what are you about? Can you give us the low-down?
My name is Shaun Cooper, I play bass in Taking Back Sunday. My parents introduced me to rock ’n’ roll music when I was a little kid, and I remember hearing The Beatles and I just connected immediately – hearing John Lennon’s voice was just like ‘Ok, I get this, and I really like it.’ My mum would always sing around the house and play a little bit of piano and my dad plays the accordion – you can’t really rock out with an accordion, although Dropkick Murphys figured out how to do. I guess people in my family were always into music and would play at least a little bit. I started playing bass when I was 12 years old, and I dont know what it was or why, but I just fell in love with it. I started using Orange exclusively three or four years ago and I’m currently using OBC810 and the AD200. At the time I had been trying out a few different things, and while on tour over here I was playing Orange and then my sound guy was like ‘come on man, you gotta make the switch, this sounds so good!’ So I talked to my manager and put in an order, and the rest is, as they say, history, and here we are now.

Ok – so that is pretty much the entire interview done…

It’s been nearly two decades since you originally joined the band, did you ever dream that it’d take you this far and that you’d still be going by now?
Sure, I always dreamt that, but I never had any idea that it could possibly happen. It seemed so far out of reach growing up. I assumed we’d maybe release one album, tour a bit over summer, then go back to school and then get a normal job, because that’s what people do. I never really had any hope that we’d make it a ‘thing’, as I didn’t know anyone that had actually made it or made a career out of it, but then again, here we are, as you said, nearly twenty years later, and we seem to be going strong. There’s been plenty of ups and downs, but we seem to be on a pretty good ‘up’ at the moment, and we’re just enjoying the ride. We all get along really well and have figured out how to interact with each other and to write better and better music as we progress as people, musicians and songwriters, and I’m very grateful that I’m able to be in this position.

When not touring, how do you guys work? Do you get together on a regular basis, or do you have intense sessions where you just ram it all out at once?
Mark and I live very close to each other, and so does John and Adam, so a few of us will get together and work like that. We’ll also email ideas around and set a time where we’ll all get in the studio and put those all those ideas together and work on new music. It seems to work out pretty well to do it like that, we’ve learned how to work well together and not waste time in the studio, something that’s become better with maturity and age – we’ve stopped dicking around.

You mentioned you started today by rolling into London half asleep, is that normally how you start your days when on the road?
Yeah that’s pretty much it, you get into town and the crew starts loading in the gear, I’ll roll out of bed and maybe go for a walk around town, get a coffee, get the lay of the lands, see where we’re at – that sort of stuff. I normally call home as well, I’ve got two little kids so FaceTime and all this technology is making touring so much easier as I get to see their little faces. Besides that it’s mostly about getting ready for the show, playing is always the best part of the day and what we gear up for. In the States we normally do two hour long sets, the UK and European ones tend to be a bit shorter but still intense and full on, so after the shows you try to rest, relax and recover for the next day. We love playing, so we’re very fortunate we’re still able to do so!