What are some of your earliest memories involving music?
Rekti: My earliest memory would be listening to Michael Jackson’s ‘Thriller’, I would have been around 3 or 4 years old. I vividly remember the feeling I got when pressing the ‘play’ button on my mom’s tape deck, as I waited for the laughter on the intro of the song, before running to her cause I got scared. My mom also had this 70s British Rock compilation that had the Beatles, Rolling Stones, Yardbirds, Zeppelin, etc, and I also remember listening to that over and over.

My mother’s side of the family has always been into music, listening to records and exchanging mixtapes. Most of them played music at some point of their lives too. One of them, my late uncle, left school in the 60s to become a professional musician, and his band, The Rollies are considered legendary nowadays which is pretty cool. I also remember being at my grandma’s house in the 90s and listening to a local punk band, and my uncle saying if I liked that sorta music, I should check out The Stooges.

That’s so cool your entire family influenced you and your taste in music, and how it was such a natural part of your upbringing. Did they encourage your playing as well?
Rekti: I think my grandma always had an acoustic guitar, but I didn’t notice or maybe just didn’t realise what kinda shapes and sounds it could produce, and what really triggered it for me was at the age of 11 or 12 when I saw Lenny Kravitz play ‘Are you gonna go my way’ on a flying V, with the sound reminding me of my mum’s Brit Rock compilation from when I was a kid. By this point, I was sold, and I wanted an electric guitar just like his one. I went to a guitar shop with my Dad not long after. They didn’t have any Flying V’s but did have this wonderful Gibson SG, which was of course very expensive. My conservative father told me to learn the basics first, and got me started out with a locally made acoustic guitar, which ended up shaping my way of playing as I learnt both Led Zeppelin and Bad Religion on that guitar. So I’m always kind of cautious with my right hand and developed a sense of dynamic in my picking. But sometimes I strum a little too hard, and often break strings because of that too.

When I was 17 I finally got my first electric guitar, I hustled and saved up money by selling t-shirts. By the time I’d saved up enough, the recession hit and the price sky rocketed and I could only afford an Epiphone Les Paul, which I later swapped for an Epiphany SG. In 2009 at 27, The Sigit started to make money from playing gigs, and I finally got a Gibson SG, Stull haven’t got that 60s Flying V though, haha.

As a polite heads up from the interviewer, yours truly Ella Stormark – if you don’t know The Sigit, or haven’t seen any of their live stuff – check out this video, it’s so awesome.

As a guitarist, is there anyone you would say has influenced you more than others?
Rekti: Probably Jimmy Page because of his vast palette of sounds. It could be due to his guitar and what he managed to do with it, but stll, not many Les Paul players could reproduce what Page has done. The same goes for Eric Clapton, for that matter. I dunno man, maybe it’s just the way 50s/60s made gear sounded. I haven’t got the chance to find out first hand. But I always love that kind of sound.

You clearly have a love for for older music, what were the mutual influences you bonded over when forming The Sigit?
Rekti: It started out with our mutual interest in Brit Pop, which was very much in style back then. We were all at the same high school, and sometimes we’d skip school to go to record stores or street vendors looking for new and exciting brit pop bands, and often end up finding older brit rock music like Roxy Music, T-Rex, Genesis, Black Sabbath etc. Then we’d hang out at our bass player’s house and try to learn those song using his dad’s gear, and perform them at a school festival once a year. He also had mixer and tape deck so occasionally we’d try to record some songs we made on the spot. We’d experiment with ping-pong tracking and overdubs, very crude and garagy. When we graduated, we started getting computers for collage assignements and started learning DAW, composing songs and making demos which we handed to friends or local magazines.

What’s your personal history and experience with Orange?
Rekti: My first encounter with Orange was either through Oasis or Jimmy Page, maybe around junior high. No one around me nor any musician in my area had one though, so I was pretty curious about this mysteriously named and brightly coloured guitar amp.By the time we got to recording our debut album I’d hang around the studio and watch other bands record.

Some bands had their own amps, and was kind enough to let me try them to help decide what works for me and what doesn’t. Most of the ones I liked were vintage amps. However, although they sounded great, most of them were old and unstable and not cheap nor easy to repair, which made me hesitant to get myself any old equipment. That said, I was also impressed by an AD140 I tried, and how versatile it was, and the guy who owned it told me that he got it new from a shop in Jakarta. I went to the shop and they had a Rockerverb whose sound I loved, and it was as versatile as the AD140. The drive sounded great, and it was very responsive to my picking – and the colour! I was already sold when I saw Noel Gallagher’s Orange way back, it was very eye catching and you noticed it instantly. I thought it would be great to have this on stage too, so after successfully giving it a go I decided to go for Rockerverb 100.

What are the key things you look for in a guitar amp?
Rekti: I like overdrive, to be able to control the amount of drive with my hand using knobs on the guitar or through my right hand picking, and how hard I strum the string. I also want to be able to tame the presence, I want it to slap my ear, not poke it. The bottom end also needs to be tight, and I want to feel the sound hitting from behind when the amps are placed at my back on stage. I’ve had my Rockerverb since 2009, and I still use that same amp to this day. I pair it with the angled PPC412 (PPC412AD), which is a perfect match to me.

What are you currently listening to?
Rekti: I usually listen to records which limits me to what I have, but as for new stuffs the last video I saw on youtube was Idles – Grounds and Once & Future Band – Problem Addict. 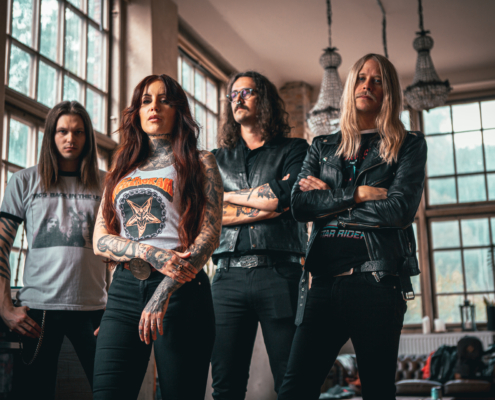 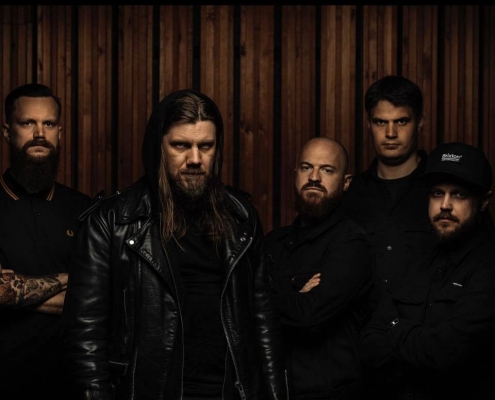 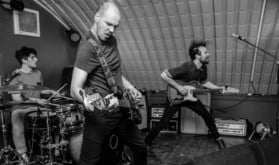 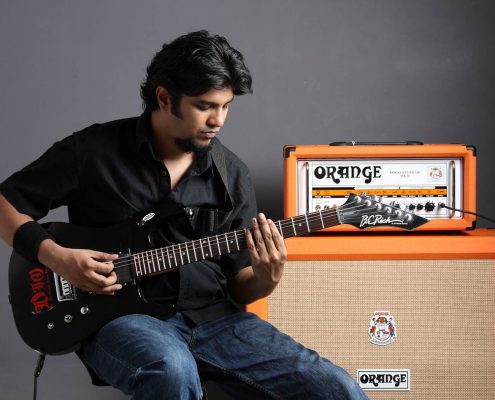 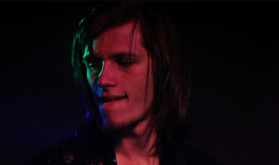 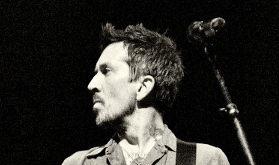 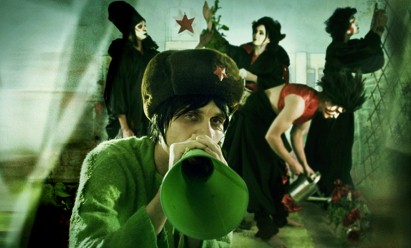 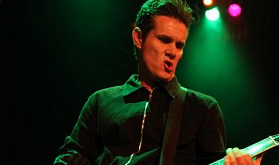 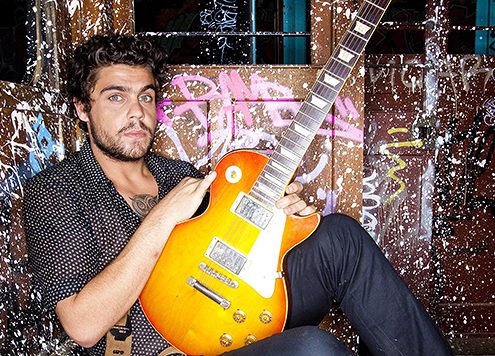 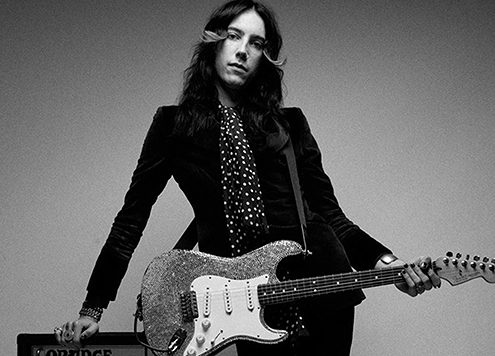