Grandma’s Ashes, can we get a bit of background on the band?
Myriam: I first met with Eva on the internet and joined her punk-rock/noise band and we played with different drummers before we eventually decided we wanted to play heavier music. We started over and found Edith online. We jammed, and her math-rock influences took us in a more progressive direction. That’s how we ended up mixing heavy riffs, progressive parts and powerful melodies. We’ve been playing together for three years now.

Are most of your songs a result of jamming, or do you work from structured ideas?
Myriam: One of us will usually come up with with a riff or melody that suits a particular emotion, then we’ll jam it around and end up with different parts that we’ll put together.
Eva: I write a lot of voice melodies when I’m at home, and often come to rehearsal with voice lines and simple bass lines, then Myriam will find something to do with it, bring heavy riffs before Edith comes with her complex rhythmics.

Are there any artists in particular that have inspired you two as players, or someone that encouraged you to pick up your instruments to begin with?
Myriam: My dad plays guitar and taught me the basics of blues with Muddy Waters and Buddy Guy when I was 9. However, it wasn’t until discovered Led Zeppelin at the age of 13 I became obsessed with the guitar. I’d say Jimmy Page, Eddie Van Halen and Matt Bellamy were my early inspirations as a teenager. I later discovered QOTSA and Frank Zappa, which inspired the tones I use with the band and the modal scales I sometimes use when I improvise.
Eva: My father was my first inspiration, he’s a multi-instrumentalist and was playing in different bands within different genres when I was growing up up, jazz, rock, punk and blues. I was surrounded by instruments as a child and he’d teach me. When I was 11, I discovered The Stranglers and was instantly very interested by the incredible J.J Burnel’s heavy, slamming but fat bass sound! I started playing bass right after that. After that I discovered Flea, and Chris Squier from Yes, both with more complicated bass lines. That paired with my growing love for funk, I started to work on my sound because I wanted to achieve a mix between two iconic styles, the incisive and punk one, and the groovy, melodic tone of my prog rock idols.

You’re releasing your first EP ‘The Fates’ in January, what can you tell us about it?Myriam: We recorded ‘The Fates’ a year ago at “Ferber”, a famous French recording studio where Zappa and Black Sabbath used to come in the 70s. We decided to record everything live with no overdubs in order to try and catch the energy of our live performances. We worked with producer Mario Caladato Jr. (The Mars Volta, Beastie Boys etc) who helped us find a balance between the aerial atmospheres of the vocals and the heavier parts.
Eva: By recording it live we managed to capture the synergy we feel between the three of us while jamming. We wanted it to be as fluid as possible, and highlight the emotional involvement in each song when played live. We named it “The Fates” after the three Moirai in Greek mythology, known as the sisters who determine the origin of the world and human beings. One is giving life, by spinning the wool, one unwinding the thread and the last one cutting it, bringing death. We loved that very symbolical allegory of our roles in the band.

What’s your history and experience with Orange?
Myriam: My first ever encounter was whenI was looking for a tube amp that could be aggressive and round at the same time, and a friend of mine let me try their TH30, the sound was both crispy and round. I’m also really into the desert rock scene, and when I saw Sleep live with Matt Pike’s wall of Rockerverbs I thought that it was the deepest guitar sound ever!
Eva: I noticed Orange Amps at festivals and I very intrigued by the colourful design, and when Myriam bought one I immediately loved its power!

Myriam, I know you play the Dual Terror, why did you go for that one and what’s your thoughts on it?
Myriam: It’s the first amp I ever bought with my very first paycheck : I needed a two channel amp because we have some ethereal parts in our music where a nice clean sound is necessary. The tiny channel of the DT has that slamming clean tone. I mainly use the fat channel with the typical Orange crunch sound and add fuzz or overdrive to it. I also went for the Dual Terror because of its practicality. It doesn’t weigh that much and is also switchable from 30w to 15w, which is really useful in the studio or in rehearsal to push the tubes without sounding too loud.

How does your dream Orange riggs / stacks look like?
Myriam: I like to play with a dry/wet setup, so my dream Orange stack would be the Orange Rockerverb 50 MKIII paired with a PPC 412. Because it has an FX loop and two separate channels, it would allow me to have cleaner modulation effects such as phaser, delays etc. than I have currently on the DT. The other amp would be a Tiny terror on a PPC 212. I like it with a crunchy sound and a really light slap delay. It also works well with fuzzs and overdrives because of its narrow frequency response.
Eva: I’d like to split my sound on two cabs, and looking for the best one to fit with my Sunn O))) Concert Bass, so I would say an OBC410, or OBC212 and OBC115 paired with a Terror Bass. I secretly dream of a AD200B, but unfortunately it’s a little heavy to bring home after rehearsal on the Parisian subway…

If you could tour with any band or artist, who would it be, and why?
Monolord! We discovered them with their last album, No Comfort. Their riffs are so heavy, it’s truly a slap in the face listening to them play live. We’d like to tour with them because we are comfortable in the stoner rock scene generally, and people look really psyched at their gigs.

Once again we’ve made it through to March and this year’s International Women’s Day. Haters might say we don’t need it, and how can we be equal if men don’t men have a day of their own? Well, men don’t tend to get grabbed and get abuse shouted at them when walking down the street, they don’t get paid less because of their gender, and you know, they don’t have to give birth either so, yeah, we kinda deserve this day – we can grow a human inside us but in some eyes not even that makes us good enough, yikes! Anyway – enough politics for our end, let’s chat music.

At Orange we’ve got quite a few women working for the company such as myself, my name is Ella and I do freelance content creation and artist relations, plus a bunch of other ladies in our offices keeping this ship afloat as well as the wonderful female artists we endorse. Now, there might not be a secret that rock and guitar music might be slightly more male dominated but that doesn’t mean that it’s a boys club, there’s a bunch of rad ladies out there, and today we’ll be shining a light on a few of them:

Orianthi’s got a pretty spectacularly impressive resume, having performed for Steve Vai at the age of 15, and been asked to jam on stage with Carlos Santana at 18. Her big breakthrough came in 2009 when she played lead guitar for Carrie Underwood at the Grammys, which led to Michael Jackson reaching out to her, inviting her to join his band for his “This is it” concert series, which unfortunately fell through due to his death. Since then, she’s played with Alice Cooper, as well as releasing various solo albums as well as winning the award for “Breakthrough Guitarist of the Year” 2010 by Guitar International Magazine.

Despite her young age of 21, Hannah Wiklund, the soulful blues guitarist that could probably fit the description of the love child Janis Joplin and Hendrix never had, has got a remarkable 2000 shows behind her. Hannah was gifted a guitar from her dad an an early age, and had her first ever The Steppin’ Stones band practice back in 2005, with the first ever song they played being Neil Young’s “Rockin’ in the Free World.” By the time she finished high school at 16 they had already played over a thousand gigs together. The band released their debut album last year, and are currently touring and gigging, as they’ve always done.

Thao Nguyen, Thao & the Get Down Stay Down

Thao Nguyen is a guitarist and banjo player and the front woman of Thao & the Get Down Stay Down, a San Francisco based alternative folk rock band. She started playing music around the age of 11, and ended up starting a country pop duo with one of her friends. Shortly after she began performing acoustic solo shows, before eventually forming Thao & the Get Down Stay Down with fellow students. Thao’s lyrics are often about relationships and childhood, with some crossing over into politics. She has also been featured in the 2017 documentary “Nobody Dies: A Film about a Musician, Her Mom and Vietnam”, which follows Thao and her mum as they visit Vietnam, Thao for the first time, and her mum for the first time since the Vietnam war, where she is faced with the two conflicting cultures that helped shape her and her music.

Laura’s career got a kickstart in 2008 after joining Youtube and sharing videos of herself playing guitar, the response was overwhelming and she quickly built up a following which has now reached over 363k followers and 80 million views. Due to her online success, she formed The Laura Cox Band, which is influenced by Southern legends Lynyrd Skynyrd and ZZ Top as well as Aussie rockers AC/DC. There was no other musicians in her family when she was growing up, but hearing her dad play Dire Straits and AC/DC records she felt inspired and intrigued to play that music herself, and was shortly after gifted a guitar for Christmas. The rest is, as they say, history.

MILK TEETH bassist Becky grew up in a music loving household with a musical and saxophone playing dad who regularly  However, it wasn’t until the age of 11 that she found her own taste thanks to bands such as Nirvana and Smashing Pumpkins, which are two of the bands that led here to where she is today. Influenced by the above, punk band MILK TEETH was born in 2013 and have been playing together ever since, although with a few line up changes along they way. The band’s latest release is the single “Stain” which was out just before Christmas, and brings to mind bands such as Hole and Nirvana. 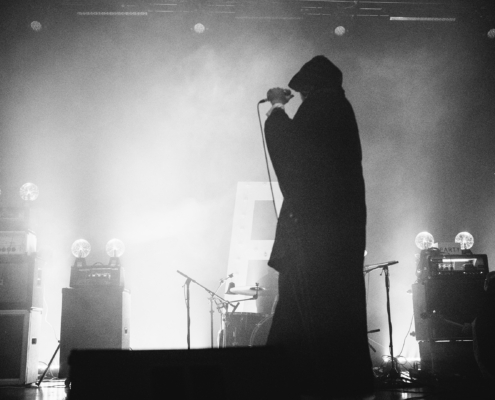 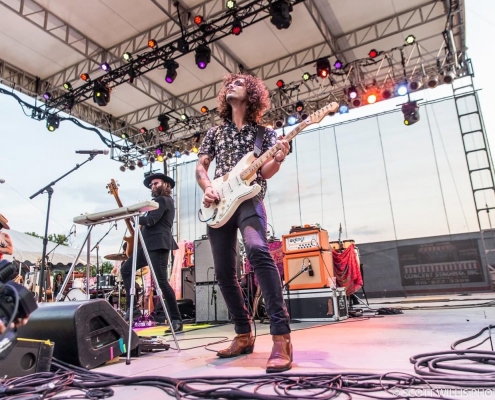 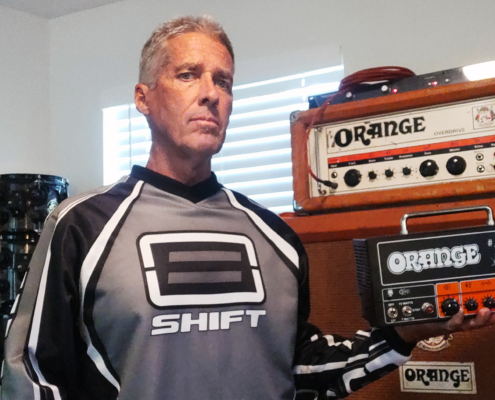 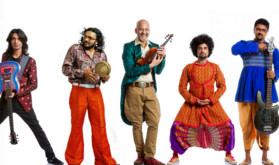 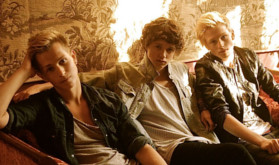 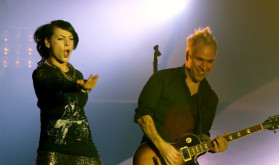 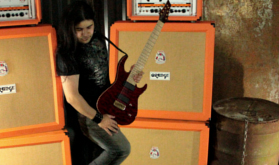 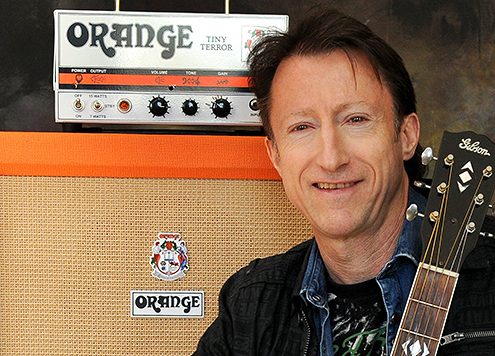 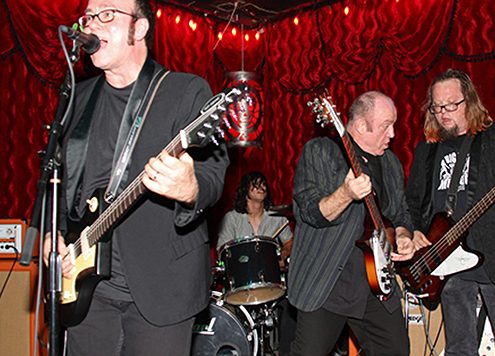