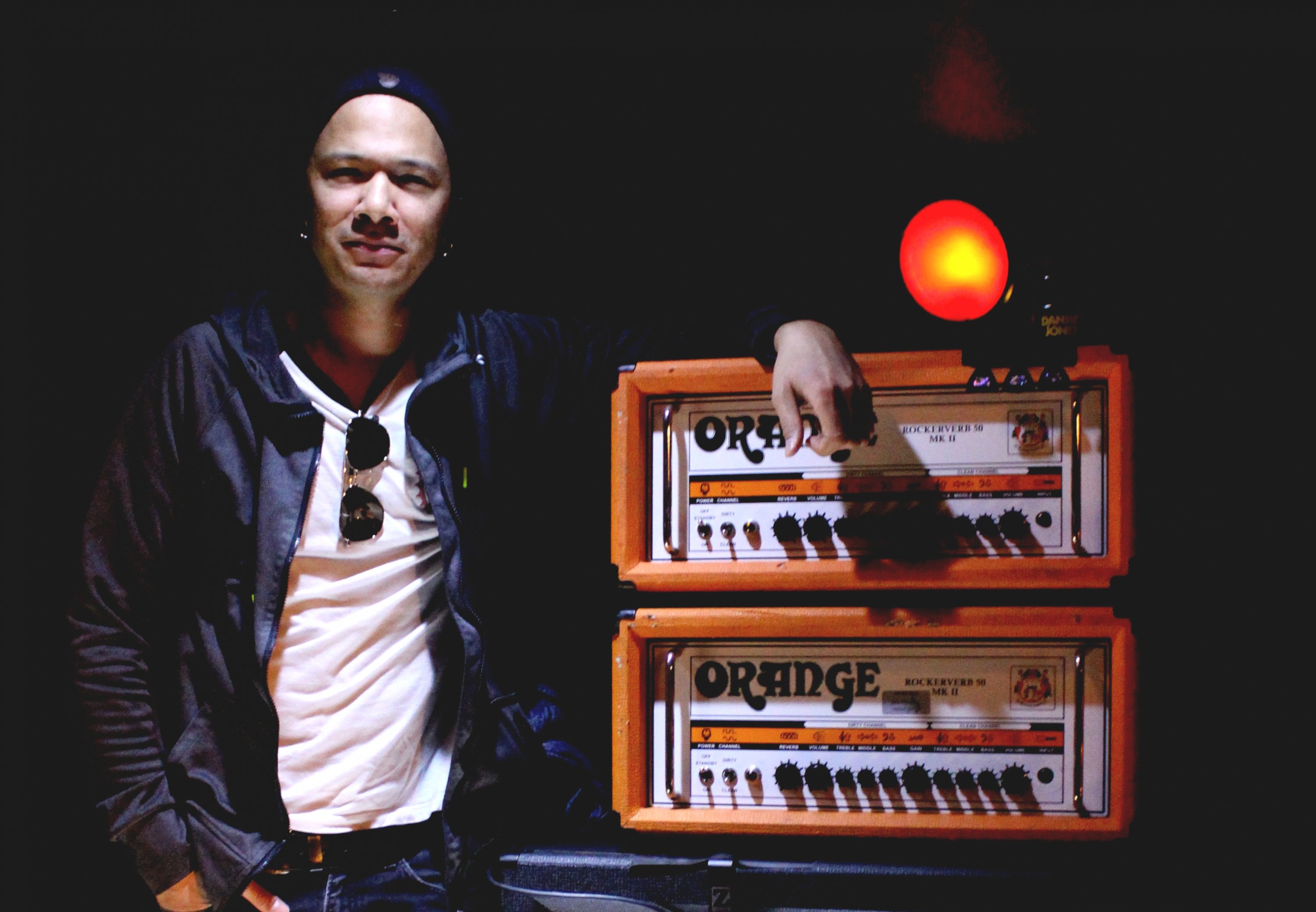 Let’s dive right in and talk about your history with Orange – do your remember your first ever encounter with the brand, whether it was playing it yourself or seeing someone else play one?

Danko: Yeah I totally remember, and the reason is why I play Orange. We went on tour with The Supersuckers, and the only way we could do that was if we could use their gear, and I used Ron’s Orange head, and I remember thinking “Holy fuck, this is just the best head I’ve ever played!”. That’s how I started with Orange, before that I’d seen other use it and I’d always liked it, but I was playing a variety of amps so it wasn’t until playing through Ron’s that Orange was really put on the map for me. When I then got the opportunity to work with Orange myself that just made sense.

You guys are known for touring relentle-

Danko: I mean – yes, yes we do, or at least have done that, and I guess we’ve been on the road a fair bit this year as well even though for me it feels like an off year. We opened up for Skindred in the UK at the start of the year, came back for festivals, made an album, and now we’re here again. The off years are always the year we make the albums, although looking back at it now it doesn’t really take us much off the road at all.

When constantly on the road, how does a day in the life of Danko Jones normally look like?
Danko:
You know, not that exciting to be honest. On a day like today, I pretty much just hang around near the venue. I need sleep for my voice, so that’s about it, lots of down time. The best thing is to not think about it too much, and especially when it comes to playing the show; the moment I start thinking about things, I fuck it up on stage. There’s also this banter between the band and the audience that you just can’t plan, I’ve seen bands do that, script their set – and whenever someone shouts something at them from the crowd, they have no reply and there’s just no way of bouncing back form it. Have the songs rehearsed and that’s it, whatever happens happens. The best thing to do most days is to just go at it with a blank head and brain. So many bands these days have backing tracks and vocals and everything just seems so pre-programmed that there’s little room for spontaneity, and I think the audience picks up on that. I don’t mind if the show goes off the track, cause at least it shows the audience that they’re getting whatever we can serve them on the night, and there is something to be said for that. We go out there pretty low key, play the songs, and see where they take us.

You mentioned off years are album years, do you still write when you’re on the road or do you save that for when you’re back at home?

Danko: No, we allow enough time at home to do the writing then. We spent some time this time last year as well as before and after summer digging deep into writing, and with those sort of writing sessions we were able to figure out what we wanted, and pick 11 or 12 favourites to go on the album. Ever since Rich Knox (drums) joined the band, I haven’t felt nervous before any of the releases, more than anything I’ve been excited and impatient for people to hear what we have been working on, which means I’m confident about the songs. This album we’re due to release is another one of those. I’ll admit there’s been some albums previously where I’ve been slightly nervous whether people would like it or not, and whenever I’ve had those sorts of doubts, those are always the albums that have had mixed reviews. I’ve always liked it, but it might not appeal to everyone else. The last two albums we put out, Fire Music (2015) and Wild Cat (2017) I wasn’t even nervous, and the reviews were really good, and our new album is just as good as both of them, if not better. 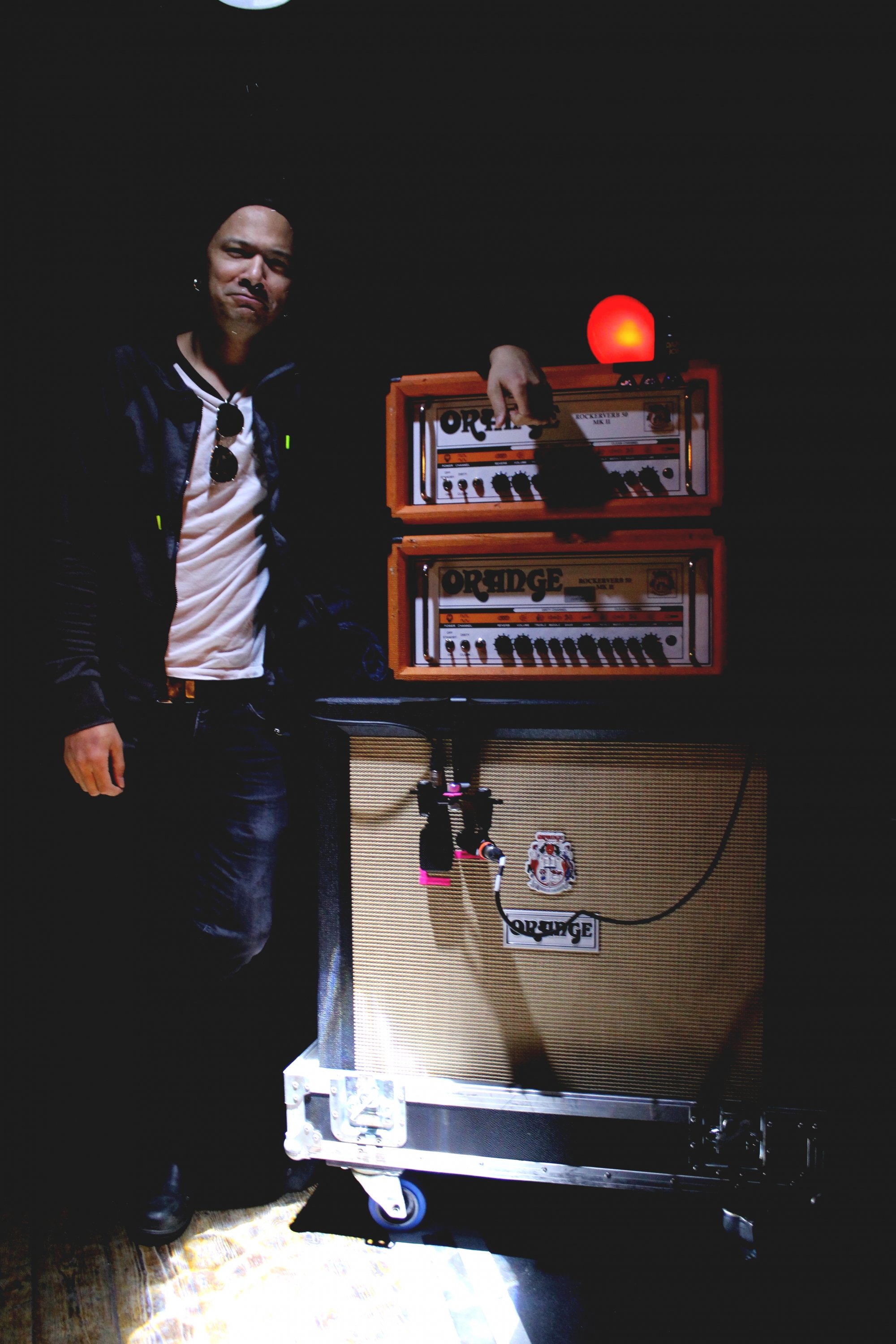 To dive back into Orange for this last question, what’s your setup for tonight?
Danko: I’ve got a Rockerverb 50 head, and you know what, I’m not a gear head, I’m a creature of habit – whatever I find and like, that’s what I stick with. I can’t give you any specks of what it is I like about the head, it just have to sound like this (makes riff noise), which is a sound I’ve been making since I was seven. If it sounds like that, great. I don’t go searching for new products, and usually if I switch to something else or try something new, that will have to be presented and put in front of me. To me, amps aren’t precious possessions or collectables, they are the tools of my trade, the tools I need to do my job, and I gotta be honest, Orange is the best tools I’ve ever used.