Hi I’m Dan from Boston Manor and I play Orange.

Well I have always been a big fan of music and bands, I really loved Blink 182 and my favourite member was Mark Hoppus. He was my main influence I think because he sung and played bass and he jumped around a lot and I was really into all that. Picking up the bass as well, I was like this is different from guitar and not that many people I know play bass, so I thought it was a really cool instrument to play.

With the Terror bass what I look for is reliability and tone, it’s just flawless in every way.  I love playing it and being small it fits in the van, under my seat, that’s why I love it so much. The reason I got the new one is it has features of the older Orange AD200 which I used to play quite a lot but they were really heavy and big. I still really enjoyed the tone and sound of them, it kind of has those features all built into this one tiny terror bass head.

My setup on stage is, I have the Orange bass terror, the new one. I have the Orange 4X10 cab and then underneath it is a 1X15 cab and they are paired together. I put it on the clean switch and I also mess around with my pedals to kind of get a grittier tone and it works really well with a couple of pedals on the clean sound. I’m still figuring it out at the moment, I do like to try different things as much as possible. I feel like it sounds better live using the Orange stuff than using it in the studio because I always try to crank more for live, to give it a bit more gain. Once you really crank the gain on those things it really proper drives it and helps the song. 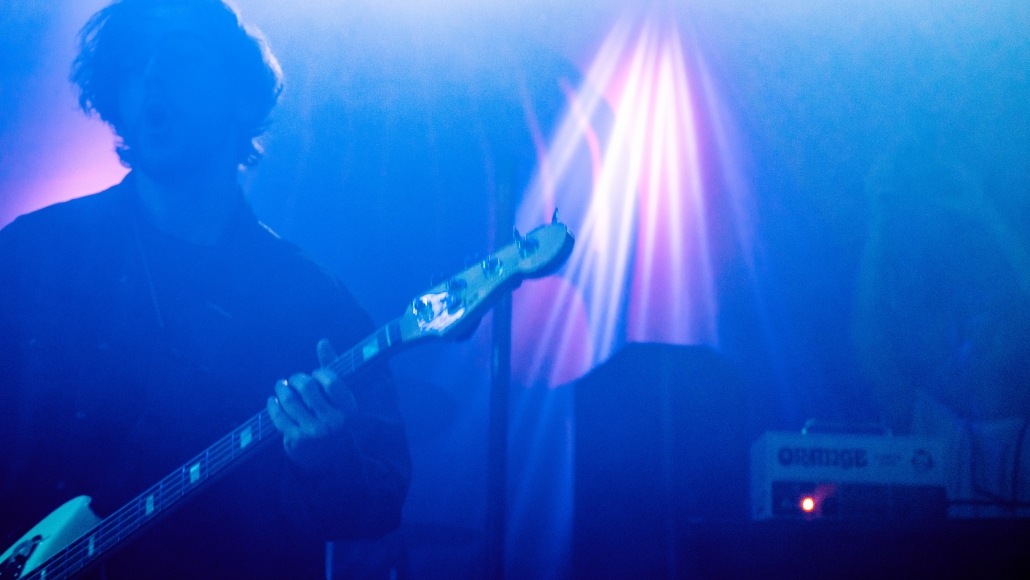 It feels amazing, I never thought growing up, even five years ago when we first started the band I never thought we would one get to this point and two, have Orange who I have always looked up to, support our band and support me individually.  I feel blessed in a way because I never thought it would happen.