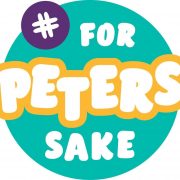 The festival is set to be a jam-packed day of music, food, and entertainment for supporters of all ages. Alongside acts like Duke of Wolves, Jordan Jackson and Vikesh Champaneri, local stalls and children’s entertainment will be available. A raffle (with a grand prize of a Fiat 500) and auction are also in the works, and expect award winning food and a full hog roast from The Great British Sausage Company.

Tickets are available below. £10 for adults or £2.50 for children. Tickets will also be available on the door, for £15 and £4 respectively.

Peter is a 23 year old young man. An MRI scan in February 2015 showed a tumour growing from within the cervical spine and was wrapped around and invading the bone at C1-C2. His throat was just a slit and he was in agony. He was admitted from the MRI unit and family were told the devastating news that he had a Cervical Chordoma which is very rare and only affects about 50 people in the world in any one year.

After biopsy, failed pain relief, multiple surgeries including titanium rod insertion and appalling care within the NHS he was sent to Switzerland for proton beam therapy which was supposed to be the gold standard treatment. Peter went out to Switzerland in may 2015 for assessment after biopsy tumour resection and rod insertion, just to be told the tumour had regrown by 20 percent and treatment was not possible until further resection of the tumour. He came back to the UK and had further de-bulking surgery and went back to Switzerland for therapy in June 2015. After eight weeks of daily therapy he returned to UK in a neck brace. In February he had a follow up MRI scan which showed the tumour was regrowing and he was started on a trial drug Imatinib. Three weeks ago he started to get tingling and numbness in his left hand and severe neck pain.

Another MRI scan showed further growth and he has now lost all feeling in his left arm, hand, legs and his body feels cold. Further de-bulking surgery was performed on Thursday 21st April to try and stop permanent paralysis. The oncologist has said there is no further treatment available and he faces a slow, agonising death as this tumour will not stop growing. His family have been fighting against the odds every step of the way and the Chordoma Foundation in America have a service where part of the tumour can be sent to be tested against numerous drugs to see if additional treatment can be given to save Peter’s life.

Come along and support Peter and stay for the music. #forpeterssake