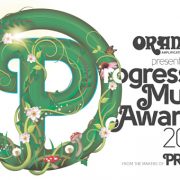 Orange Amplification presented the second Progressive Music Awards on the 3rd September 2013, in the prestigious surroundings of the Nash Conservatory at the Royal Botanic Gardens Kew, London. With over 200 hundred stars from the Prog world, the event saw the greatest gathering of musicians, VIPs, and industry figures of this year.

Hosted once again by BBC Newsnight’s Gavin Esler the awards celebrated the best in progressive music, both classic and upcoming. Orange Amplification’s CEO, Cliff Cooper, headed the main sponsors table, which was surrounded in every direction by famous artists eagerly awaiting the announcement of these conveted awards. Guests were greeted in the Nash Conservatory with a champagne reception followed by a superb three course dinner.
The evening really started when Steve Hackett played a live, unplugged set with stage partner Amanda Lehmann with a superb acoustic version of the classic Genesis song ‘Ripples’.
Prog editor Jerry Ewing kicked off the awards with a speech about the success of Prog rock. He talked about the importance of promoting and nurturing new talent as well as celebrating the legends of the genre and the inspiration they have given to so many people. The awards were presented by many famous personalities including TV stars Bill Oddie and Matthew Wright. Rick Wakeman presented the star award, sponsored by Orange Amplification, ‘Prog God’ to Jethro Tull frontman, Ian Anderson.

The winners announced on the night were:

All images by Dave Phillips