Orange Amplification are launching a limited edition white finish of their Rockerverb guitar amp heads and combos, Thunderverb 200 and 50 heads and legendary PPC412 and the more compact PPC212 Speaker Enclosures.

For a limited time only, these sought after heads and speaker enclosures will be available finished, as never before, in a prestigious white Levant covering trimmed with traditional gold piping and gold capped handles. These elegant amplifiers and cabinets are the ultimate in luxury!

The Orange Rockerverb series, long regarded as a British guitar amp masterpiece, are highly versatile roadworthy amps covering a wide range of tones. MusicRadar readers voted the Rockerverb 50 Combo one of the best valve combo guitar amps in the world in 2013.

Orange’s Thunderverb series amps have long been revered as one of the best sounding amps and were recently described by Guitar World to have ‘jaw dropping British tones, superb versatility and exceptional quality’. The smaller Thunderverb 50, stated MusicRadar, is ‘highly versatile and powerful head from one of the UK’s great amp builders.’

The white limited editions ranges will be at the Frankfurt Musikmesse exhibition on the Orange Music Booth (F60, Hall 4.0) and are available for general distribution from April 2014. 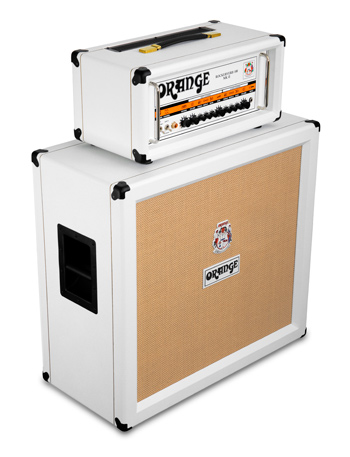 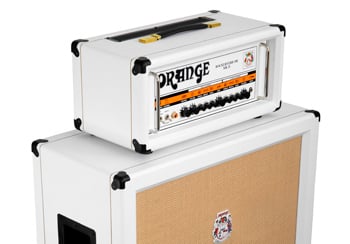