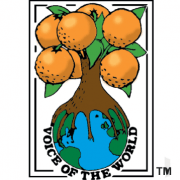 However, after searching and extending the deadline, Orange was unable to recover two missing tickets. After asking Facebook Fans for suggestions, Orange created two competitions to give away the remaining Dark Terrors and a bonus Micro Terror.

Orange asked Facebook fans to recreate their iconic Orange logo. The result was over 500 pieces of totally unique artwork. After much time and consideration, Orange has chosen the finalists and will be making each design their logo for their Website Homepage and Facebook for a day.

All the Finalists’ designs are already posted on Facebook where fans are “liking” their favourite to vote for the winner. The winning design will be showcased on OrangeAmps.com further and the artist will be rewarded with a Micro Terror and a Dark Terror signed by Orange’s Founder and CEO, Cliff Cooper.

In 2005 Orange Amplification created the first “lunchbox amp,” the Tiny Terror. Since then the Terror range has become one of the most popular among guitar players. The Dark Terror is a menacingly loud metal machine, perfect for hard rock and metal. The Micro Terror is the newest addition to the Terror range, boasting 20 Watts in a phone-sized package.