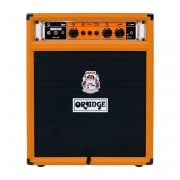 Orange Amplification captured the imagination of bass players with the launch of their analogue OB1 Series of heads at last year’s NAMM show and look set to do the same with the new Orange OB1-300 Combo.

This new addition to the range captures the deceptively versatile nature of the OB1 heads with a 15” Eminence neodymium driver in ported cabinet. This combo format is an ideal match for the OB1’s fearsome multi-tonal platform, with the internal speaker harnessing the amp’s immediate attack and seriously hard-hitting low end. Even at the extremes of its wide-ranging tone controls, the OB1-300 Combo remains unerringly focussed, offering everything from vintage grind to deep, contemporary cleans. The OB1-300 Combo’s real beauty lies in its ability to go from sophisticated to unhinged at the turn of a knob or the stomp of a foot, in a package perfect for the bedroom, the bar or the big stage.

The key to the unique sound of the OB1-300 Combo is the footswitchable Blend circuit that adds a veneer of controllable gain and increased harmonic content to the upper registers of the input signal. The lower frequencies and clean signal are left alone, staying warm and clear just like a ‘bi-amped’ setup, allowing bassists to create an enormous, full-range sound. The OB1 Series heads have already received critical acclaim, with Premier Guitar dubbing the range a “standout offering” whose “tonal rewards outstrip many of its contemporary counterparts”.
See the OB1-300 Combo and other new products at the Orange Amplification Booth# 4890, Hall C. 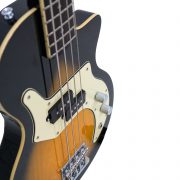 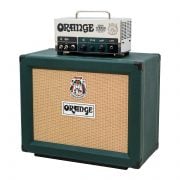 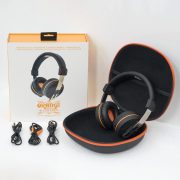 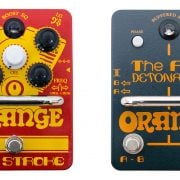 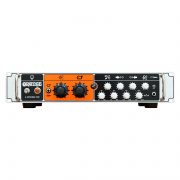