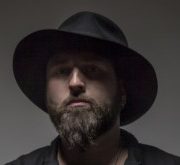 Award winning, chart topping guitarist, Monte Pittman, has just come out of the studio where he has been recording a series of high quality videos demonstrating all Orange Amplification products. Monte has also just finished recording his third album ‘The Power of Three’. To celebrate, Orange is debuting five of his most metal video demos!


Monte Pittman, a long-standing Orange endorsee, said ‘I’ve proudly been endorsing Orange Amplifiers for over 10 years now. After touring numerous times around the planet with different acts, I have seen first hand that Orange make the most amazing amps in the world.’ He added, ‘they have a sound quality that cuts through any mix and reigns in a league of its own. They can handle the wear and tear of touring and bring out the best in your playing. There is a lot of heart and soul from the members of the company and you see the results in the product itself.’

In these raw, honest video demonstrations Monte checks out the Dark Terror, the menacingly small head with a mind-blowing sound and formidable gain; he shows off the face-melting metal tone of the TH100; demonstrates the awesome power and killer tones of the Thunderverb 200; puts the Jim Root #4 Terror, the perfect high gain partner, through its paces; and shows off the versatility of the top of the range twin channel OR100 delivering classic Orange styling and tone. In each video he tries out the diverse characteristics of the featured amp, demonstrates the use of the clean and dirty channels, and shows what each piece of kit can achieve as he pushes them to the limits; in short he brings the products to life.

‘A Dark Horse’, the first single from Monte’s third album, is out 14th October 2013 and reflects Monte’s return to his metal roots while demonstrating his Orange gear sound and tone to perfection. You can hear the track at http://metalblade.com/montepittman

Flemming Rasmussen, famous for Metallica’s seminal album ‘Master Of Puppets’, produced the album, ‘The Power Of Three’, which is set for release on Metal Blade in UK & Europe on the 20th January 2014, North America (1/21), Germany, Austria, Scandinavia and Italy (1/17). The album is hard and heavy and follows on from Monte’s highly successful, critically acclaimed second album ‘Pain, Love & Destiny’, which reached number one in both the rock and pop charts. Recorded in Copenhagen, it features Kane Ritchotte on drums and Max Whipple on bass.

You can see Monte’s new videos on the Orange YouTube channel at
http://www.orangeamps.com/2013/10/monte-pittman-performs-video-demos-of-all-orange-amplifiers/

AMPLIFIED! with guitarist Casey Yarbrough (Order of the Owl, Sourvein)

From The Road: Sparrows
Scroll to top