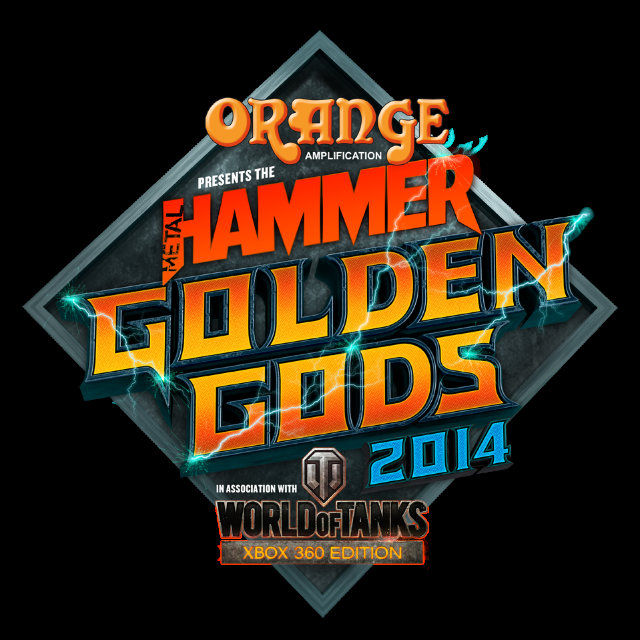 2000 people flocked to the O2 in London on 16th June to witness The Orange sponsored Golden Gods Awards 2014.

As in previous years they were an enormous success, with the Orange booth once again proving to be a major attraction. Images from our booth can be found on our Facebook Page, so if you struck a pose, check it out and see if you can find yourself.

This year, we ran a competition on the night with people being offered the chance to win a CRPRO 120 Head with a PPC212OB cabinet in exchange for the best pout of the night. (It was an 80s theme – don’t blame us!)  Three finalists were chosen from the many entries and were invited up onto the stage, where Steel Panther, (with some help from the audience) chose our worthy winner.

Check out Sam’s winning pout below.

The event had some awesome live performances from bands including Dillinger Escape Plan and Black Stone Cherry as well as an appearance by Darth Vader himself, David Prowse.

Pictured below are Behemoth and Black Stone Cherry during their sets.

King of the Internet – Devin Townsend

Album of the Year – ‘The Satanist’ – Behemoth

Why You Should Be Testing Your Tubes
Scroll to top