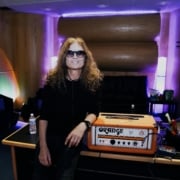 The “Voice of Rock” for an entire generation of music fans, Hughes was recruited to Deep Purple in 1973 and became the band’s lynchpin bassist and singer until their initial split. Since then, Hughes has pursued a critically acclaimed solo career as well as collaborations with acts as diverse as Black Sabbath, Gary Moore and the 90s acid house group The KLF, before joining The Dead Daisies on bass and lead vocals in 2019.

Radiance is The Dead Daisies’ second album since Hughes joined the group. Described by Razor’s Edge magazine as “an unstoppable force in the world of hard rock” and a “thick and meaty deep-in-the-blues rocker that satisfies on every level” by Metal Injection, the immense bass tones on the album come courtesy of Hughes’ array of Orange Amplification gear, including the OBC810 cab, AD200 MKIII head, Crush Bass 100 combo and, of course, his signature purple Crush Bass 50 combo. Talking about his signature amp, Hughes said: “When you can go in the studio, take that bass combo and make your album with something like that, it’s truly outstanding. It’s gritty, it’s punchy: sustain is so important and it’s certainly got all that.” He added: “Orange all the way… It’s the future, it’s the way to go, you heard it from me!”

Catch rock legend Glenn Hughes fronting The Dead Daisies with his Orange equipment at the following venues this December: 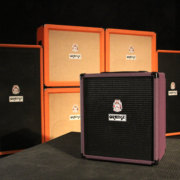 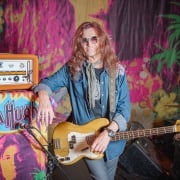 Interview: The Dead Daisies’ Glenn Hughes
THE OR120 FROM 1974 — HISTORY, LEGACY AND MAINTENANCE, PART 2