Blues based rock guitarist Orianthi is known for performing with the stars like Michael Jackson and Alice Cooper in the past. More recently she has been working on a solo album, due for release soon.

Jesse Hughes and the Eagles of Death Metal are all set to tour Australia and New Zealand in 2020, their first tour of this part of the world since 2016.

The distinctive British tones of Orange Amplification are coveted across the globe. Musical groups including Grateful Dead, Tyler Bryant and The Shakedown, and Marcus King Band, are delighted to join the prestigious ranks of Orange Ambassadors.

Tyler Bryant and the Shakedown band are known for their electrifying classic rock revivalism and have performed alongside AC DC, Aerosmith, B.B. King, Eric Clapton, Jeff Beck and  ZZ Top. They are currently supporting Guns N’ Roses on the Not In This Lifetime world tour. Orange recently caught up with the band and you can see front man and killer guitarist Tyler Bryant talking about his Rockerverb MKIII 100 here. Fellow bandmate and guitarist, the fleet fingered Graham Whitford uses a Dual Dark 50 which you can see here and the bands talented bassist Noah Denney talks about his AD200 MK3 here. 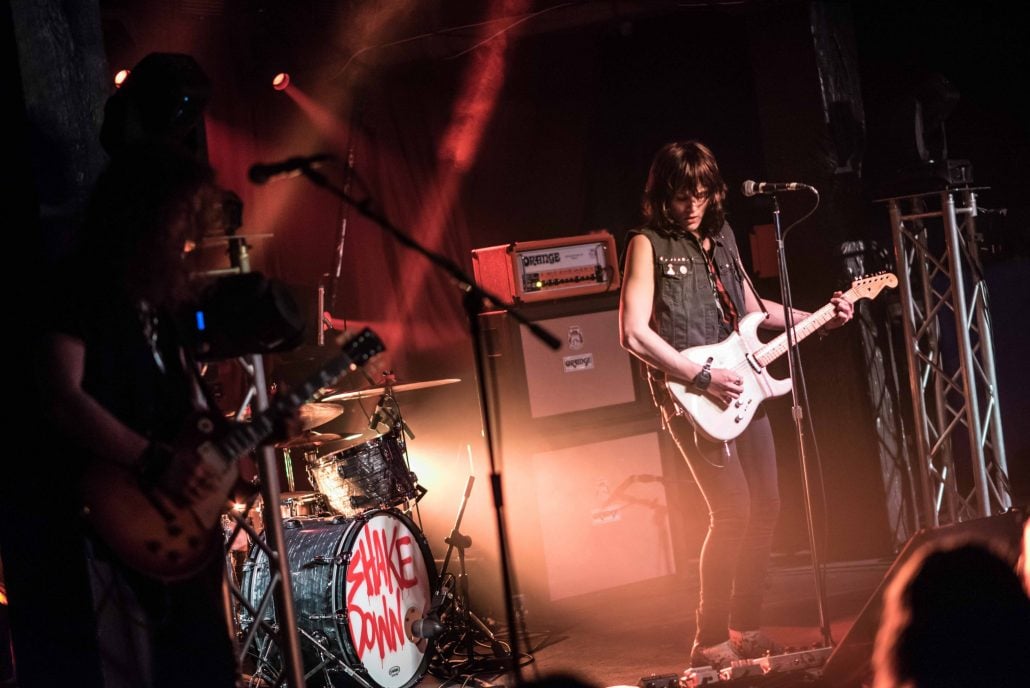 Also, joining Orange’s highly respected list of Ambassadors is guitar phenomenon Marcus King and fellow bandmate, bassist Stephen Campbell,of the Marcus King Band. Marcus is poised to be one of music’s great guitarists; with his remarkable virtuoso talent, he can play blues, rock, R&B, country, soul and more. So he and the Rockerverb MKIII and PPC412 cabinet are ideally suited. Meanwhile Stephen is using Orange AD200 MK3 with OBC810 cabinet to hold down the bands sweet groove. The Marcus King Band is currently touring across the USA. 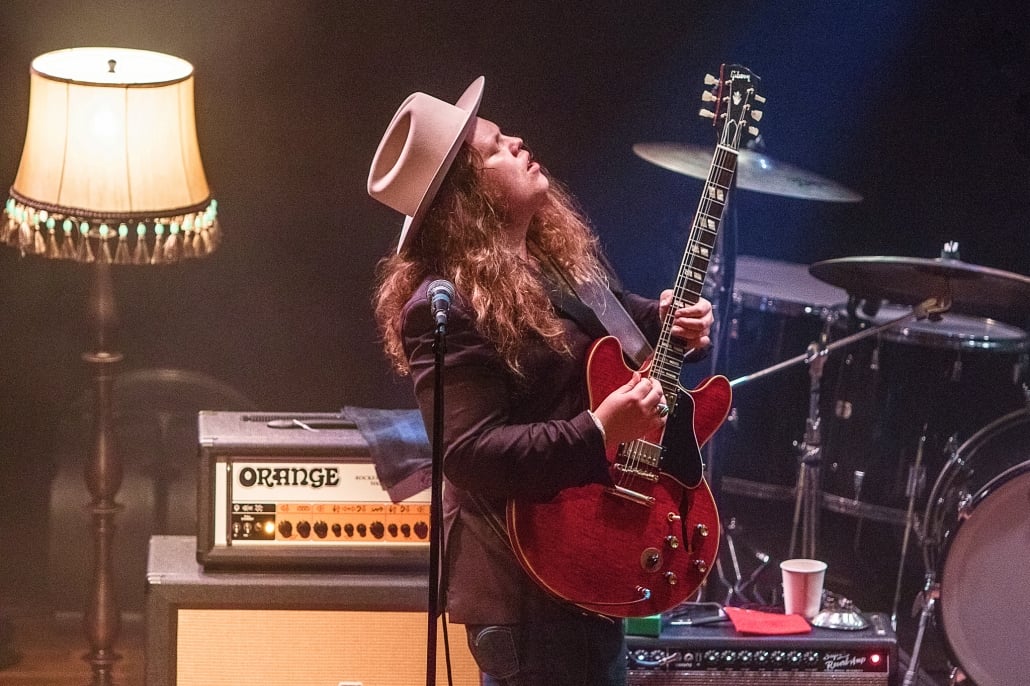 Another new Ambassador, Bob Weir is appreciating the sounds of his Orange Rocker 15. He describes it as ‘a fun, really flexible little amp for low-volume situations like playin’ electric along with acoustic instruments….’. Bob has been described as the harmonic engine of the Grateful Dead and Dead & Company, with his original ability to make the guitar sound huge. He is currently touring with Dead & Company across the USA. 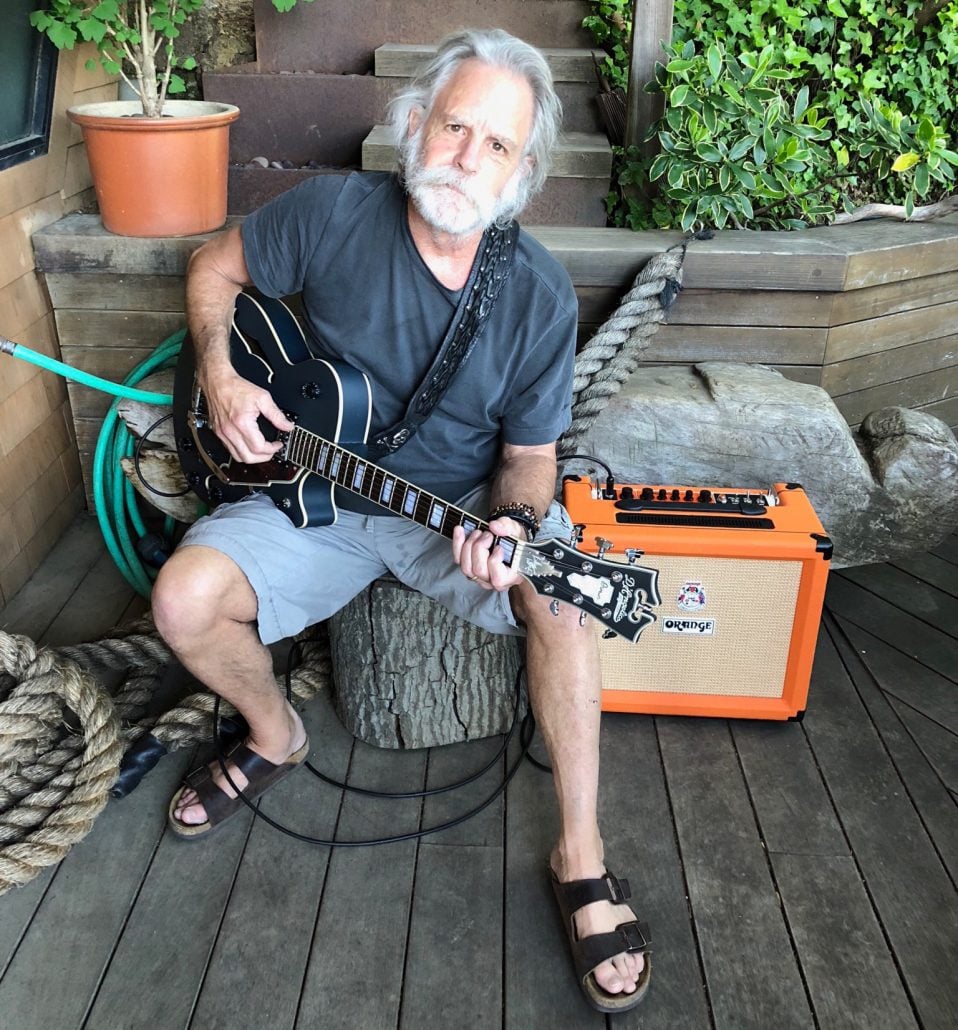 More recently, Orianthi has joined forces with Grammy Award winner and Songwriting Hall of Fame inductee Richie Sambora to form the band RSO. This month they have released their first album Radio Free America. It is the perfect platform to showcase their considerable skills as songwriters, vocalists and guitarists, setting the bar high for all future male-female guitar and vocal collaborations.

Orianthi is the rock star with everything, guitar skills superb vocals, rock star looks and now an Orange Ambassador! She loves the Orange Rockerverb Mark 3 with its 4 x 12 cab and says

‘The first time I plugged into The Rockerverb Mark 3 I felt a instant connection ..the tone I had been looking for , very responsive and powerful at a low volume and when cranked up it never loses clarity…this amp is the lion of amps in the rock jungle, check it out’.

The versatile, dependable and uniquely voiced Rockerverb Mark 3 is the perfect complement for Orianthi’s distinctive style and electrifying playing with its clean sound and a meld of classic and modern tones from Brit-rock to R&B. To find out more about the Rockerverb and all of the amps in the Orange range please go to https://orangeamps.com/products/

Longstanding user and new Ambassador, Korn’s Brian ‘Head’ Welch shares his thoughts about using his Orange Rockerverb 100 MKIII on tour and in the studio in a new video.

Welch, a founding member of Grammy Award winning band Korn and one of the driving forces behind the sound of the band, uses the Rockerverb to create, in his own words, a “buttery” clean tone. He will be taking his Orange Rockerverb with him on the up and coming Korn tour, playing sold out LA dates in March before touring Europe, followed by South and North America this spring. He also used his Rockerverb in the studio on the latest Korn album ‘The Serenity Of Suffering’ released last summer.

In the new video Welch, who has been using a Rockerverb for years, recalls that following his use of an Orange amp in a studio back in the mid 90’s he has always mixed the Orange tone into his music. Since then there has been an Orange Amp in every studio he has recorded in, for the last 23 years! Welch explains further ‘One of the reasons I started using the Orange Rockerverb MKIII live is because I was able to get such a smooth tone from my clean channel on classic Korn songs like ‘Falling Away From Me’ and ‘Here To Stay’’.

To find out more about the versatile Orange Rockerverb MKIII and the Orange Ambassadors please visit https://orangeamps.com. 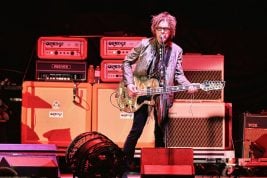 Orange Amplification would like to congratulate Ambassador Tom Petersson on being inducted into the Rock and Roll Hall of Fame along with the other members of the rock band Cheap Trick. The ceremony will take place on Friday 8th April 2016 at Barclays Center, Brooklyn, New York.
Tom Petersson is the founding bassist of the rock group Cheap Trick and the co-creator of the twelve string bass. He had the idea for the twelve string bass in 1973 and when friends started their own guitar company, he managed to persuade them to make him one. Cheap Trick release their first new album in 7 years, ‘Bang Zoom Crazy’, on the 1st April 2016, with Tom’s riffs and tones underpinning their signature sound.In an interview on the Orange Amps blog, Petersson says he first became aware of Orange after a trip to London with guitarist Rick Nielsen in 1968. At the original Orange retail shop they met founder Cliff Cooper who had just started making his own amplifiers. Tom currently uses an Orange AD50 Custom Shop guitar head running into a PPC4x12 cabinet and an AD200 MK3 head running into an OBC8x10 bass cabinet. Talking about the amps he said ‘I love Orange gear … I play it loud!’

For the full interview with Tom Petersson visit the Orange Amps blog at http://orangeampsblog.com/?p=976

Orange Amplification will be opening the doors of its prestigious new showroom in Nashville during summer NAMM, 9th to 10th July. The new showroom is located at 1310 Clinton Street, Suite 105, Nashville, Tennessee, 37203, less than three miles from the Nashville Music Centre and a few doors down from the Antique Archaeology showroom as featured in the hit TV show ‘American Pickers’.

Adrian Emsley, Orange Amplifications’ Technical Director, will be on hand to demonstrate all the latest and existing products. He will also be available for video demonstrations and interviews. New products will include the Bax Bangeetar Pre-EQ Pedal, Rockerverb 50 & 100 MKIII, OB1-500, the new Crush Amps, plus the Dual Dark 50.

Joining him will be artist relations’ veteran Pat Foley who will be running the new Nashville showroom as part of his Artist Solutions Network. Highly respected in the music industry, Pat brings to Orange over fifteen years experience and a wide knowledge of musical instruments having previously worked as a record producer, engineer, production and artist relations’ manager.

The new Orange Showroom in Nashville will provide a quality service to a variety of high profile artists, musicians and dealers. After Summer NAMM, showroom visits will be by appointment only, so you are cordially invited to take advantage of this great opportunity to check out the new showroom, the new Orange products, meet Adrian and Pat and enjoy a few light refreshments while there.