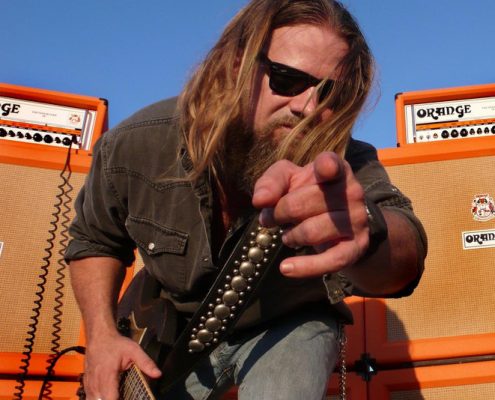 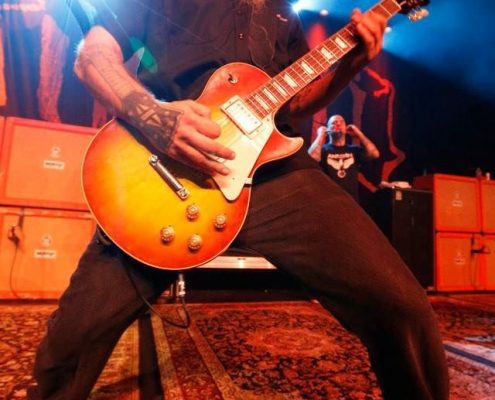 “I had played Orange products in the past but the first time i played the Thunderverb 50 at the NAMM show it literally blew my gourd. The clear shimmer of the top end and the overall quality of the tone no matter where the gain happened to be was super impressive. The shape knob was a game changer as was the attenuator. It actually sounded as if I was in the studio with a Neve EQ strapped to it: presence, power, clarity  The way two stacks of these killers, along with a Gibson 335, interact with each other is something that’s hard to explain… I’ve described this set up is kind of akin to “PETTIN’ A SNAKE”   Pepper Keenan

“I’m an old Marshall guy forever but when we played through the Thunderverb 50’s it was a sweet kick in the teeth to play through an amp that had tone/push/and grind without a distortion pedal. Down has been using those heads ever since the NAMM show that turned us on. No bullshit/turn it on and go. Brilliant design. Thank you Orange.”  Bobby “Rock” Landgraf