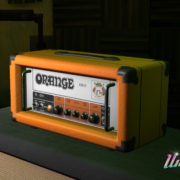 Rotterdam (NL), October 14, 2021 – Vertigo Games, the VR specialist publishing and development arm of the global Koch Media Group, today announced that the VR music game Unplugged has partnered up with some of the most legendary guitar, amplifier and accessory companies in rock history, adding even more depth and realism in the game. Coming to Oculus Quest on October 21, with a PC VR* release to follow later this year (*Valve Index Controller compatible headsets only), the following brands are an integral part of the
Unplugged experience:
EMG Pickups
Gruv Gear®
Marshall Amplification
Orange Amps®
PRS Guitars®
Schecter Guitars®

The news follows shortly after Vertigo Games and development studio Anotherway revealed the full setlist of Unplugged. With a list of over 20 songs, consisting of world-famous rock bands and indie gems, and industry standard brands for Rock & Roll shown off in-game, Unplugged delivers a rock-solid experience that spans 50 decades of rock history. Having real-life brands in Unplugged perfectly adds to the game’s sense of immersion and first person perspective at what it’s like to rock out.

Published by Vertigo Games and developed by Anotherway, Unplugged is coming to Oculus Quest on October 21, with a PC VR* release to follow later this year (*Valve Index Controller compatible headsets only). For more news about Unplugged, find Unplugged on Facebook, Twitter and Instagram and sign up for the newsletter at unplugged-vr.com.