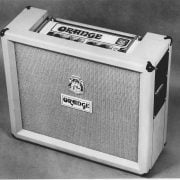 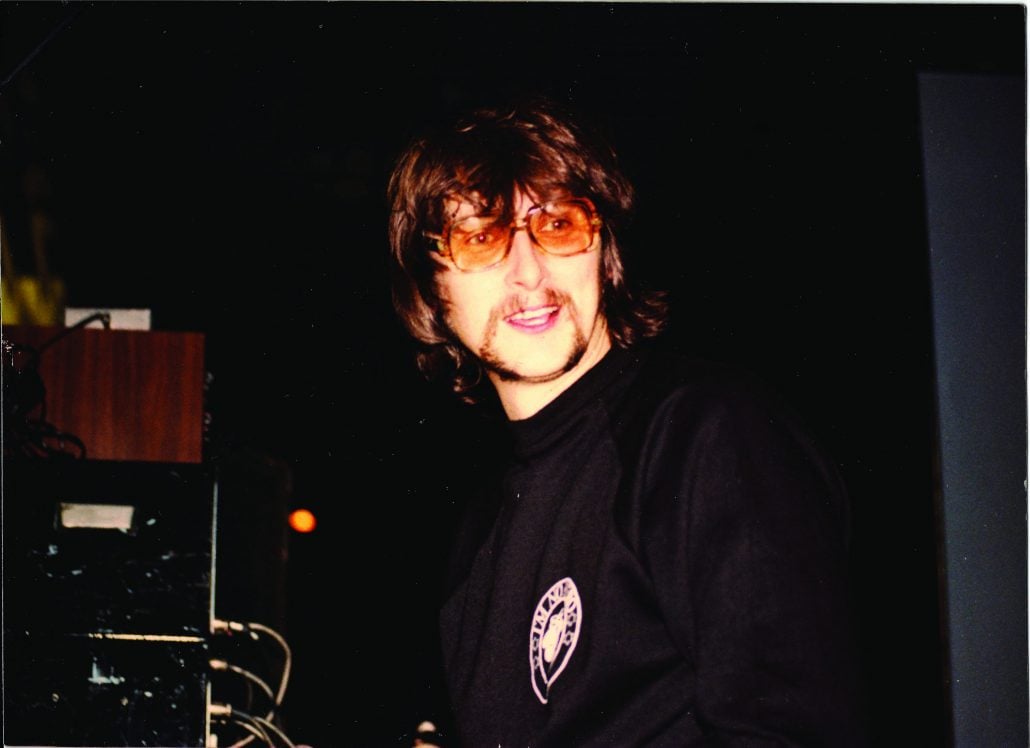 Watch the interview with John James

“The ‘Graphic Valve Amplifier’ was designed in-house by John James in 1971 and manufactured during the period 1972-75. It was soon nicknamed the ‘Pics Only’, a reference to the front panel graphics which were unique at that time. Earlier versions had Woden or Drake drop-through transformers, later ones had Parmeko. A four channel PA version was introduced [pictured left top]. Some Pics Only’s were made and sold right up until 1975 – especially Slave 120 Graphics [pictured left below] – in order to use up stock and components. There was often this kind of overlap when a new Orange series was introduced.

Early Graphic Pics Only’s soon became known as Plexis because they had a plastic reverse-printed Perspex panel secured on an orange steel backplate fixed to the chassis. The amplifier was secured into the cabinet with four front panel fixing bolts with plastic seating washers. The panels on later Pics Only amps were not plastic, but silk-screen printed metal plates with no visible bolts. 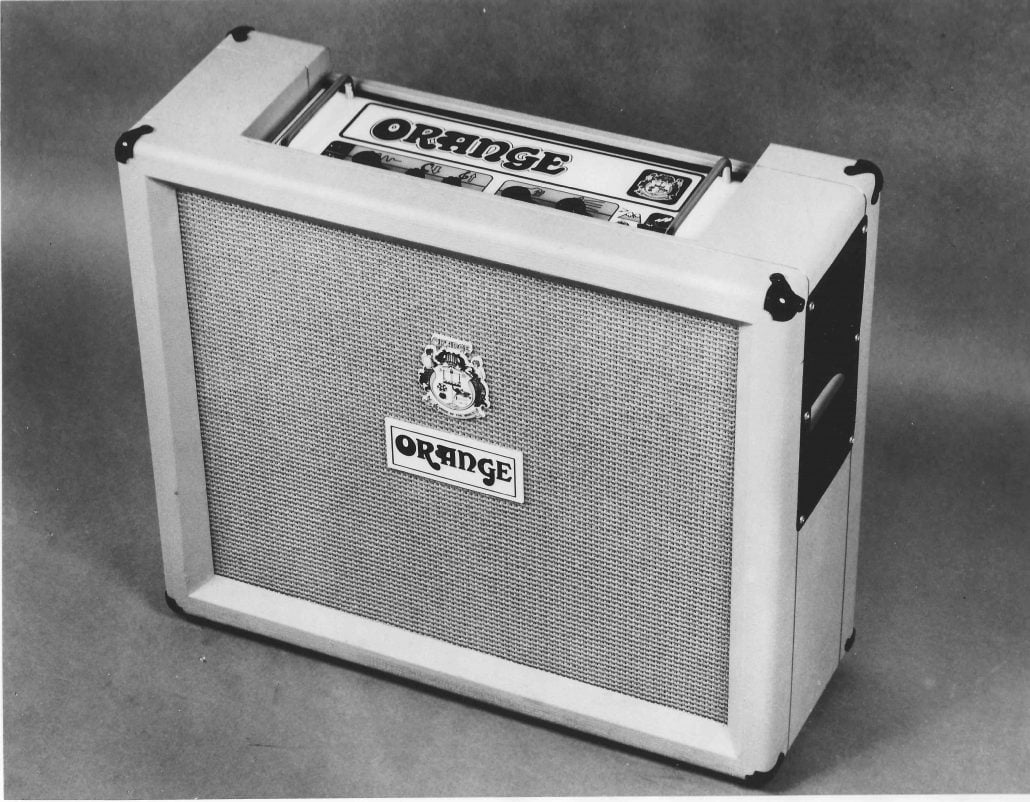 In hindsight, the graphic icons were perhaps a bit too big and prominent on the Plexi. So in 1973, we went back to the drawing board and redesigned the front panel, as well as making other electronic modifications. The result was the Graphic 120 ‘Pics & Text’ amplifier. The Pics Only was the start of the new sound that everybody associates with Orange and it has influenced the design and sound of Orange amps ever since.”