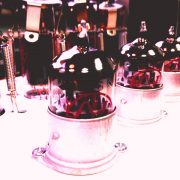 Welcome to another edition of Getting Technical and the second part of our self help guide to diagnosing problematic valves in your amplifier. Whilst valves are undeniably awesome, they are fragile little things put under a great deal of stress, and it is an unfortunate truth that they can fail at any time – a kind of ‘occupational hazard’, if you like, that comes with ownership of a quality valve amplifier. Being prepared for this eventuality is something we’re keen to promote here at Orange Amplifiers so if you missed the previous entry on output valves you can catch up here. This month sees the turn of the preamp valve. 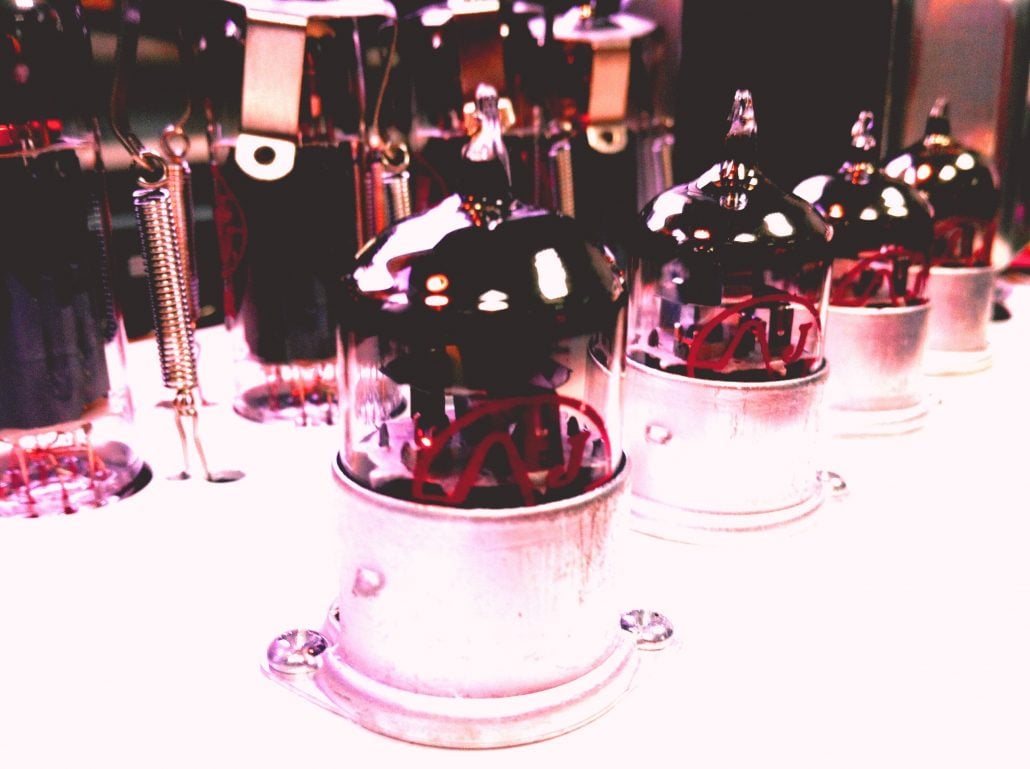 There are two types of preamp valve found in Orange amps which are referred to by different names depending on which side of the Pond you happen to be sitting. Unlike output valves, preamp valves can be swapped out individually if necessary, making them a relatively cheap fix if they go bad. Nor do preamp valves need any form of biasing and generally speaking will last longer and require replacement less often than your output valves, so developing a basic understanding of them can save both time and money when it comes to changing them.

Orange valve amps have at least one 12AX7/Ecc83 contributing between two and four stages of gain. As a general rule the higher the number of gain stages, the more filth is available! These valves are also used as ‘phase inverters’ which split the audio signal before it reaches the amp’s output section. Whilst most Orange models use just one phase inverter, our Dual Terror and AD30 twin channel amps have one per channel.

How will I know when I have a preamp valve problem?

In the previous article I mentioned that most ‘noise’ issues are normally due to faulty or worn preamp valves. Whilst a little hissing on higher gain settings is perfectly normal, these noises often take the form of excessive hiss and/or hum at moderate gain and volume settings. You may also experience crackling or intermittent sputtering/cutting out. The worst case scenario, although rare, is that a completely failed preamp valve will result in an open circuit and the amp will produce no output at all! Any of these problems may only occur on one channel (if your amp is a twin channel model) and this is a common sign of a faulty preamp valve. We’ll explore this in further detail in the two examples at the end of this article.

A simple way to help decide whether a preamp valve is responsible for a noise issue is by experimenting with the Gain and overall Master Volume controls. Turn the Gain control clockwise to between 12 and 3 o’clock and slowly reduce the Volume. If the noises continue with the Volume turned to zero, it is most probably an output valve problem. If the noises go away after turning the Volume down, it is likely to be a preamp valve.

However not all preamp problems will be of a noisy nature. If you are lucky enough to own a Rockerverb or Thunderverb but the reverb isn’t functioning as it should, you may find that one of the 12AT7/Ecc81 valves is faulty and this should be replaced.

What are microphonic valves?

As the name suggests, this is when a valve starts behaving like a microphone being held too close to a speaker. They are characterised by very unpleasant high pitched squealing and uncontrollable feedback which continues even when the guitar’s volume control is turned all the way down. Microphony can be caused by a number of things but vibration is usually the culprit. For this reason, combo amplifiers can be a little more susceptible to microphonic valves where the speaker and the valves are in closer proximity than a separate ‘head and cab’ rig.

If your amp is guilty of any of these noises you can say with a good degree of certainty that at least one of preamp valves will need replacing. Output valves can also become microphonic, although this is less common.

How do I know which preamp valve is bad?

The simplest way to troubleshoot a faulty preamp valve (unless you have one our DIVO VT1000s to hand) is good, old fashioned, trial and error! However, you can often save time and isolate a problem by using the valve position diagram for your model. These are available to download from our website on your amp’s product page.

These diagrams describe each valve’s type and their role in the amplifier. They can be especially useful if you own a twin channel amp, like the Orange TH30 in the example below, although you can of course apply the same logic to any model. If your amp is a single channel model, this normally means fewer valves to go through!

Occasionally, a bad phase inverter or FX loop valve can cause the whole amplifier to sound weak and lifeless. Whilst this is normally associated with worn output valves, it’s often worth replacing these preamp valves first. Preamp valves are normally cheaper to buy and can be replaced individually, unlike output valves. Even if it turns out to be the output valves causing the problem, you will at least have a couple of spare preamp valves to hand in future!

Noise problems, particularly microphonic preamp valves can often be identified with a simple ‘tap test’. Exercise caution if attempting this as the valves will be hot when in use. With the amp switched off, remove the metal screening cans shrouding the preamp valves by carefully pushing down and applying a quarter turn. The screening cans are there to reduce outside electromagnetic and radio noise so a slight increase in noise or buzzing may be normal when removed. Then, with the amp switched on, softly tap on the glass with the end of a pencil or chopstick.

Some minor metallic noise is absolutely normal when a preamp valve is tapped in this way, and a valve in the early stage of the circuit – for example Gain Stage 1&2 – will always appear slightly noisier as anything here is amplified by the valves which follow it (imagine it as a snowball effect). However, if the sound changes, gets worse or begins to ‘self-oscillate’ (makes a strange synth-like note all by itself) the valve causing it should be replaced. 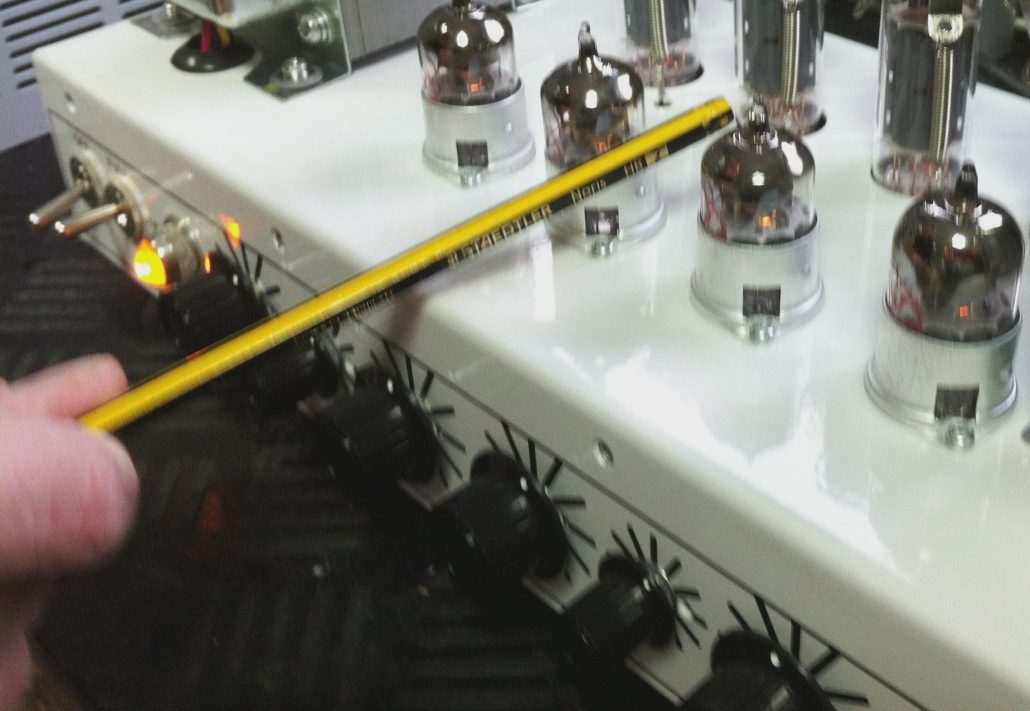 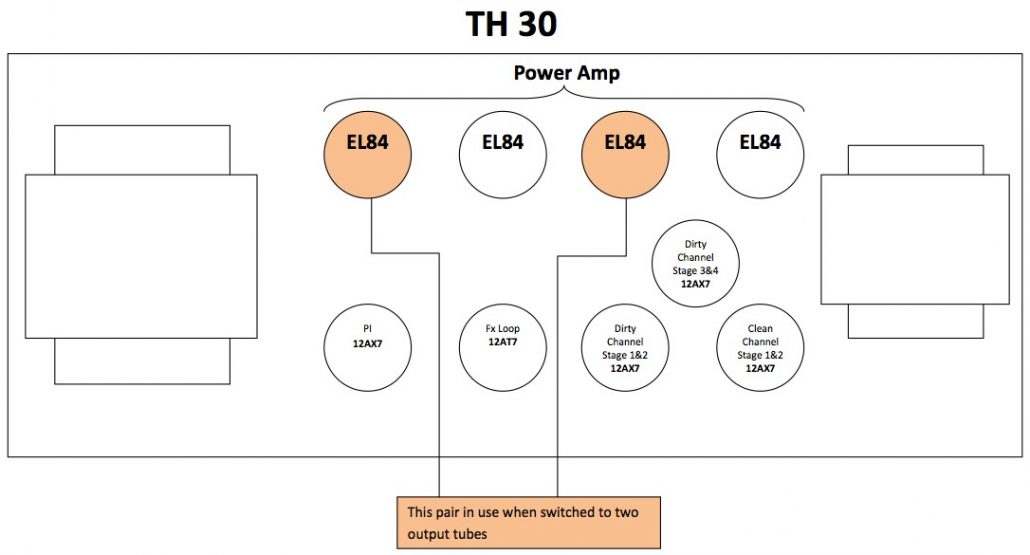 Whilst the output valves are in use on both Clean and Dirty channels, some of the preamp valves are assigned to a particular channel. Preamp valves which are not labelled either way are shared by both channels.

Because our Clean channel is sounding as it should, we can ignore ‘Clean Channel Stage 1&2’ straight away. We can also see that in the TH30 the FX loop and PI (Phase Inverter) positions are shared by both channels, so we can ignore these by the same process of elimination. If either the FX loop or PI was at fault, the problem would appear on both channels.

It is of course possible that both Dirty channel valves are at fault, and whilst this is unlikely, never rule out this possibility. For this reason, it is advisable to keep a couple of spare 12AX7 valves in your kit, especially if you are a gigging musician.

This time, we’re getting some nasty feedback/squealing on both channels of our TH30. As this type of issue is likely to be a preamp valve problem, we can draw our attention to the preamp valves shared by both channels. In this case, these are the 12AX7 in the Phase Inverter position, and the 12AT7 driving the FX loop.

Remember, even if no effects pedals are connected in the FX loop, the valve which drives this part of the circuit is always in use, and this is true for all Orange models with this feature. You can use the ‘Tap Test’ here to help diagnose the fault.


Thank you for taking the time to read this article. Whilst valves are considered user replaceable parts, if you are unsure of or uncomfortable with anything aspect of this article, please contact your nearest Authorised Orange dealer.

OR100 Wins Two Awards In A Day
Scroll to top