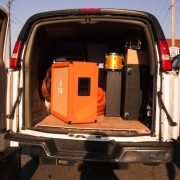 So, you’ve finally done it. You’ve started your band and you guys totally rip. You’ve played out locally, recorded some songs and are finally ready to take your stuff on the road to get your creative endeavor in front of as many people as possible. It’s a pretty exciting time for a band…but it’s also scary and confusing as shit.

Before I ended up working here, I spent the better part of three to four years on the road with various bands. I was a guitar player, a bass player, a driver, a merch dude, and a “tech” (read: if the guitar player popped a string, I’d hand him his backup. That’s about the extent of my tech knowledge) for a bunch of bands. I’ve slept on floors and in vans and in dilapidated squats in Slovenia, and played in basements, attics, boats and pretty much everything in between. I am by no means a “road pro,” but I do have some bits of advice I’d like to throw out to all the bands out there who are ready to make the next jump. These are some general pointers and things I wish I had known the first time I piled a bunch of people and our gear into a van heading out into the vast unknown. 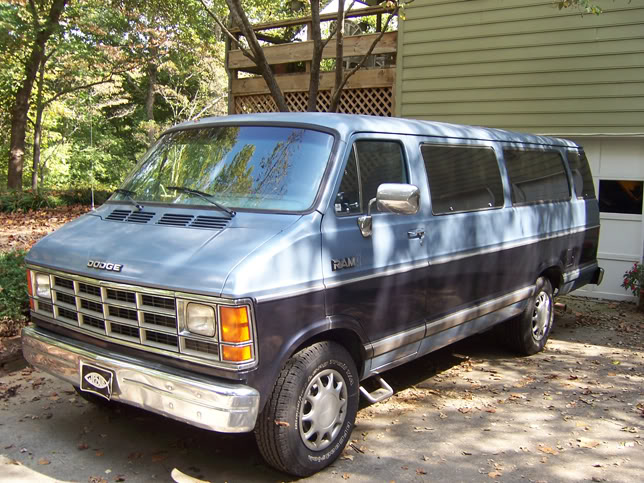 1. You Need A Van.
This may seem like common knowledge, but you’d be surprised how often I am putting on a show here in Atlanta and band rolls up in a couple of sedans. There is nothing intrinsically wrong with that, but there is no substitute for having a large van that can fit all of your gear and all of your bandmates comfortably. Whether you are spending two weeks or two months on the road, you are still giving up 90% of your personal space and 99% of all the comforts you have at home. You don’t want to sit ass-to-elbows with your drummer for 5 hours a day, 21 days in a row. You will all need some space, so having a decent, spacious van pays off huge here. Also, while we are talking about vans, try to avoid trailers at all cost. I know this seems difficult, but spend time playing Tetris with your gear in the back of your van. Master that shit. I cannot tell you how many trailers full of irreplaceable gear and life possessions have been stolen while a band sleeps at night. Especially if this is your first time out, PLEASE do everything you can to protect yourself (and your gear!) out there.

2. Reconsider bringing “merch guys” and “roadies.”
If you are going on your bands first tour, you probably don’t need either of these two people. Bring a backup guitar and bass and maybe a backup head (like, say, a Tiny Terror or an OR15), and leave your stoner buddy behind on your couch. You’ll be fine, trust me. As for merch, here’s an honest truth: if this is your first tour, you probably aren’t going to have lines of 50 people at your merch stand every night. Take your most responsible member and exempt him or her from unloading off stage at the end of the set. You’re not going to lose any sales in the time it takes for them to dash from the stage to the merch table. 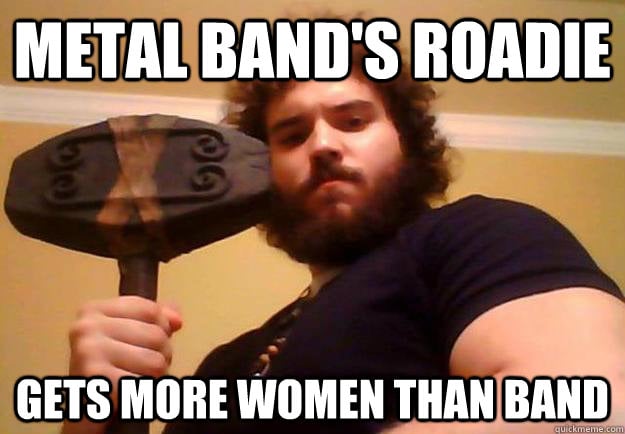 Also, there’s this reason not to have too many roadies.

3. Speaking of merch…you need it. And LOTS.
I’m assuming that if you are touring, you at least have a record or two to promote. Hopefully you have it available on one or two formats, and even better, you have like, two or three albums. Don’t just limit yourself to just bringing CDs or just 7”s and LPs. You might be a vinylfile, but the dude who loved your set in Cincinnati might only have a CD player. Have some options so no one who enjoyed your band leaves your merch stand without something to listen to. And as for merch? Bring lots of it. Have at least two t-shirt designs. I play in a thrash-punk band who once made the mistake of only ever having one t-shirt design, and it was a pretty abrasive thrash-punk design. Looking back, it was no surprise that we never sold many, and it wasn’t until we went and added a much less abrasive design did we start to see increases in our merch sales. Again, have some options for people. But once you have your designs, you need to order enough to last the tour. Generally, for a first time out, about 30 shirts per design should cover you for a 2-3 week tour, but you might want to start spreading that out once you start adding on dates. Also, think about the people you generally see at your local shows to figure out sizing…the last thing you want is to be stuck with a bunch of extra small shirts and no Larges the last week of tour. And lastly, get a bunch of shit to give a way for free. Buttons, stickers, cheap patches, anything. Toss them in free with other purchases, or just put them out at the end of your table with a big thing that says “free.” Even if you can’t push a CD and a shirt on someone, at least let them walk away with SOMETHING to remember your band by.

4. Be prepared for some shows to just flat out suck.
This is an inevitability, and especially something you need to be prepared for if you are booking your own tour. Some nights might be homeruns, and some might be duds. I’ve played a fair number of shows to the other bands and the soundguy, and trust me, that shit happens all the time and it happens to everyone. But! You can’t let it discourage you! If a show sucks, still play it like the venue is packed with people who are stoked to see your band. Few things will make a promoter want to not try harder for you the next time around than a band with a shitty attitude because their Wednesday night show wasn’t a banger. Be respectful of everyone who helped put the show together, even if it was a total downer. 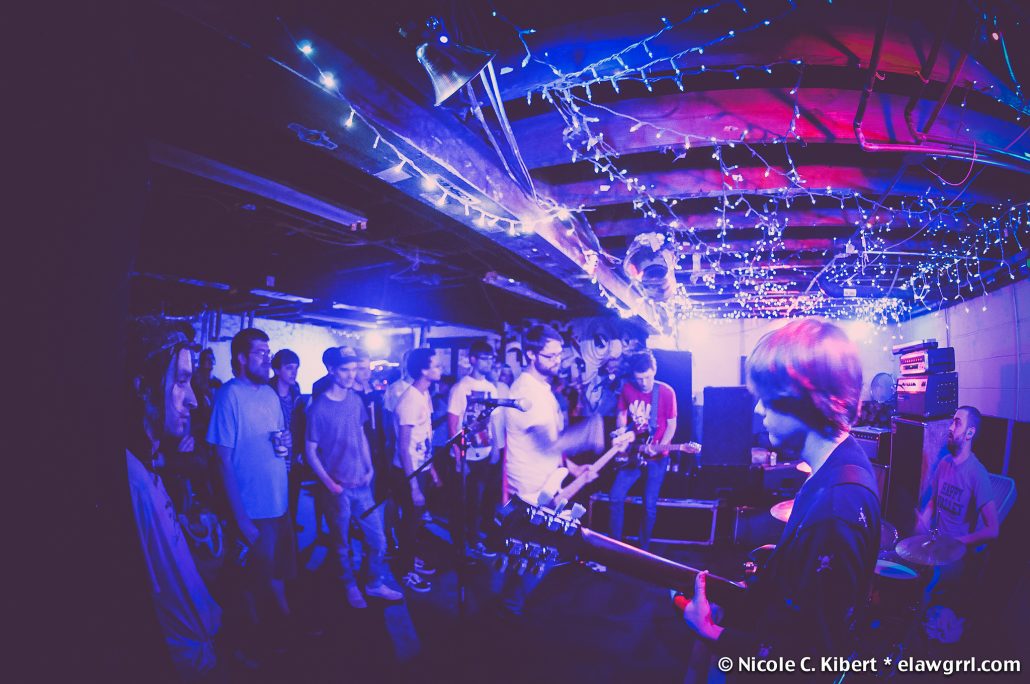 The guy who used this picture to demonstrate a “downer show” is not the same guy who wrote this article.

5. Be prepared for some less than desirable sleeping arrangements
All my bands always had a “no hotel room” policy unless it was a dire circumstance, so I’ve done my fair share of sleeping on hardwood floors with just my sleeping bag next to the cats liter box. It’s a part of touring that everyone goes through. You can avoid this some, though, by trying to arrange sleeping situations while setting up the show. Emailing the promoter or locals before leaving for tour as opposed to just “figuring it out when we get there” could be the difference between a decent night’s sleep and everyone crammed in the van sleeping in a Walmart parking lot. 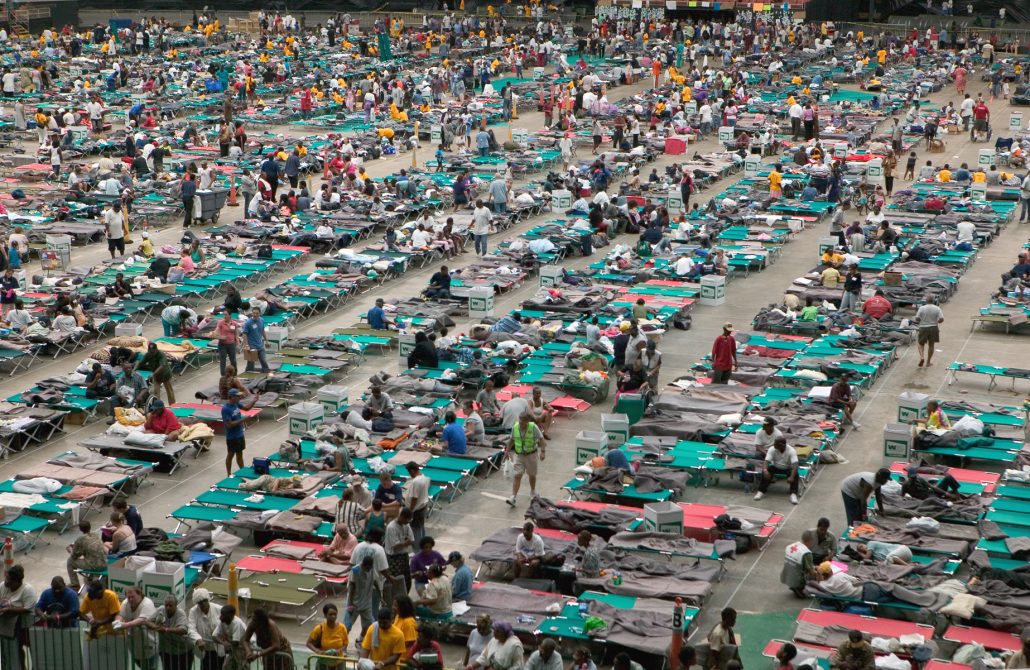 “We’ll just wait until it happens to figure it out.” – New Orleans

6. Lastly, be respectful of everyone involved with putting on the show.
I mentioned this a little bit in point 4, but always remember that everyone involved in this show is doing you a solid by putting it on and performing with you. Be as nice and respectful as you possibly can to the promoter, sound guy, door guy and all the locals. Show up when they ask you to, don’t play longer than they ask you to, and do everything you can to do your part in pulling the weight of the show. Also, show up prepared to play. This might sound incredibly simple, but a lot of bands will roll out of town without a bass amp, hoping they can borrow one at every show. This is a huge dick move. If your bass player isn’t willing to bring his own amp setup on the road, then your bass player isn’t ready to tour. Same for guitars and drums. Also, if your amp blows out on show three, try and get it fixed before show four. If you absolutely cannot get it fixed, start emailing ahead to promoters and other bands to arrange one to borrow. Few things are worse than some band rolling up to a venue and start asking to borrow bass amps. Be prepared, respectful and professional, and it will take your miles when it comes to touring.

The time I spent traveling with my friends playing in a bunch of dumb punk and hardcore bands was, without question, one of the best parts of my life. Even now when I am sitting on my couch with my wife and our three dogs watching True Detective or Monday Night Raw, I still get this itch to throw everything back in the van and hit the road for a couple weeks. So while it may be pretty trying and overwhelming at times, I totally encourage every band out there who thinks they are ready to do it to quit their job, throw all their shit in the van and just GO. You’ll thank yourself later for it.