For those of you who follow us on Instagram, you may have seen that we had a little…. what should we call it, ‘episode’…? Yeah, let’s go with that – ‘episode’ in our comment section towards the end of last week.

Why? Because we posted a photo of a beer we liked, cause as most of you should know by now, our Instagram is 65% amplification followed by 35% beer recommendations. This time around, the beer can happened to have some feminist artwork on it; ’Sufferin’ till Suffrage’, it said, and jesus christ, if ya think female suffrage is sufferable, imagine having to be a male in 2019 viewing a feminist slogan for a brief second while scrolling on Instagram while, most likely, procrastinating while at work, (where, let’s be honest, you’re probably getting paid more than your female colleagues) now THAT is sufferable! Needless to say, it didn’t take long before the comments started rolling in;

‘Lol I was gonna buy an amp your loss’

‘Feminists hate women. Also, why would you post this when you know the majority of your customer base is primarily young men age 18-30… That’s a stupid move orange.’

‘ “Feminism” is supposed to be about being feminine… that’s what it implies. Modern day feminism is about making women more masculine. Words have meaning.’

‘Whoops, I was ready to buy an Orange amplifier, good thing I saw this before I did #getwokegobroke’

Above is a selection of some of the outstanding opinions that was shared with us, however, some of you took it so far that we eventually had to delete them due to such hateful and sexist language. We are of course all for freedom of speech, but we no do not tolerate verbal or written abuse, whether it’s based on gender, colour, sexual orientation, beliefs or whatever else people have got going on, as that’s their business and and nobody else’s.

In the midst of this verbal war (which is something I normally rise above, but god damn internet, you got the best of me), I started thinking, and I’m not quite sure what’s worst – that people are so backwards that they:

A: Can’t wrap their head around the word ‘feminism’ and it’s meaning, which is ‘the advocacy of women’s rights on the ground of the equality of the sexes.’ – you want your mother, daughter, sister or wife to have the same opportunities as yourself? Consider yourself a feminist.

B: Actually understand the meaning of the word, but for some reason doesn’t agree with it.

C: Can get that upset about a beer can on an apolitical amplifier company’s Instagram, when the world is literally on fire as we’re diving head first into a climate crisis that could potentially (will…) end humanity.

Regardless of which one it was that triggered those fiery fingers, it says a lot about humanity and, I’m gonna say it, how god damn dumb we are – I mean, think about our children’s children, is this what we want to pass on to the next generation, these opinions and views? We spend our lives sheltered behind our phones, talking shit to strangers on the internet for absolutely no reason – we’re literally watching absolutely everything go to shit, all while staring mindlessly into our phones and raising hell on the world wide web, spitting spiteful poison at whoever we don’t agree with. I mean, damn, it’s time we took some action and did something meaningful with our short, precious time here – be kind to others, be good to the planet, enjoy your life, play some music, and put.your.god.damn.phone.down – this can’t be our heritage. 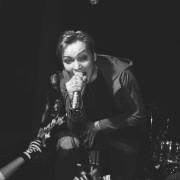 Ramble On: Dipping my Toes in the Pool of my Youth 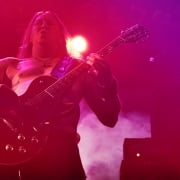 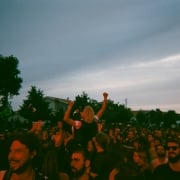 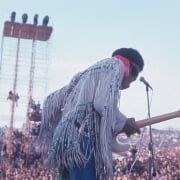 El Amir and the Orange Acoustic PRE on tour …