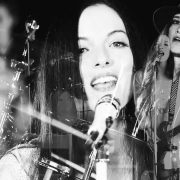 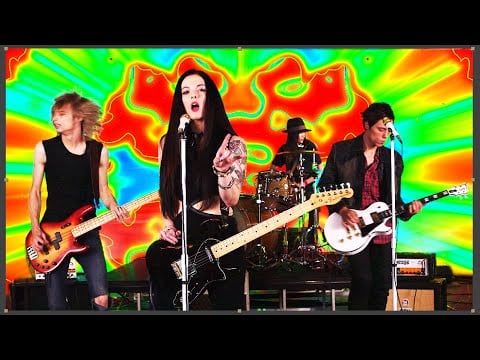 Orange: So I’m here tonight at Starbar grabbing a drink and I was pleasantly surprised to see a band using Orange. Would you guys like to introduce yourselves?

Orange: And what is the band you play with?

Orange: And where are you guys from?

Kimi: We’re all from Atlanta, our band is based out of here.

Orange: And have y’all have any out of town shows lately?

Kimi: Yeah we were just at South by South West a couple weeks ago which was really fun. We rotate the south pretty regularly.

Orange: Where did you play at South by South West?

Kimi: We played at the Chuggin Monkey and it was the Loud stage which is a crowd-funding service based out of Atlanta.

Orange: So do you tour often?

Kimi: Usually every month we’ll have a run of shows. This summer we’re working on a fall tour that will run up and down the east coast.

Orange: So how did the band get started?

Kimi: It’s a little bit of a long story but Katie and I know one another from out teenage years and she and I met at a wilderness youth recovery camp and we connected from there and stayed in touch. When it came time that I started dreaming this band up she was the first person I thought of. She’s my right hand man and the catalyst of it. I’ve known Aaron a while too and Paris as well.

Orange: What kind of bands inspired you?

Kimi: Sonic Youth, The Cramps, Misfits, Pixies, Elvis. I love that old school rock pop. That’s where our music is mostly inspired from.

Orange: Would you mind running me through your gear set up?

Aronious: Yeah, I use the Terror Bass 500 which when Orange initially sent it to us I was blown away with the grit that came out of that tone. It was full it was big and it was appropriately gritty with enough head room to where it was very velocity sensitive. I’m the sort of bass player where our music is very dependent on dynamics and the head is extraordinarily responsive. I’m definitely in love with that TB500. 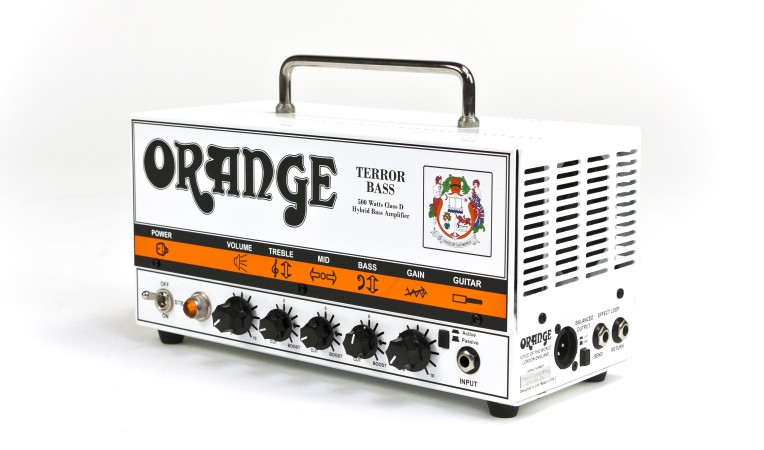 Orange: So when you’re on tour what’s the diet?

Orange: What’s the soundtrack while you are on the road?

Kimi: I’m really obsessed with a lot of bands that are coming out of England right now also Scotland and Ireland. Like The Witches, The Amazing Snake Heads or The Fat White Family. We rotate though, we all kind of come from different musical influences.

Aaronious: The rule in the van is whoever is driving gets to DJ. So it gets pretty diverse. We all have this weird obsession with getting each other into music we just found. So a lot of times when we’re driving it’s like “you guys have got to check this out!”

Orange: When was the first time you heard about Orange?

Aaronious: Probably when I was a teenager. All the bands that I liked used Orange. I probably speak for everyone in the band when I say Orange is this hallowed brand that carries on the torch of other UK brands like Matchless and High Watt that everybody kind of lusts after. Moving into a professional level that seems to be the amp that everybody wanted. Whether you were an indie band or another band all the cool bands use Orange.

Orange: Do you remember ever catching any bands use Orange when you were young?

Kimi: I remember being at a Converge show and the tour that they were on they played Jacksonville Florida and I saw them using an Orange head and it was so sludgy and awesome.

Aaronious: I caught Pavement on their reunion tour, I think it was in 2010. They were using a Thunderverb 50, which I think attributes a lot to their sound. 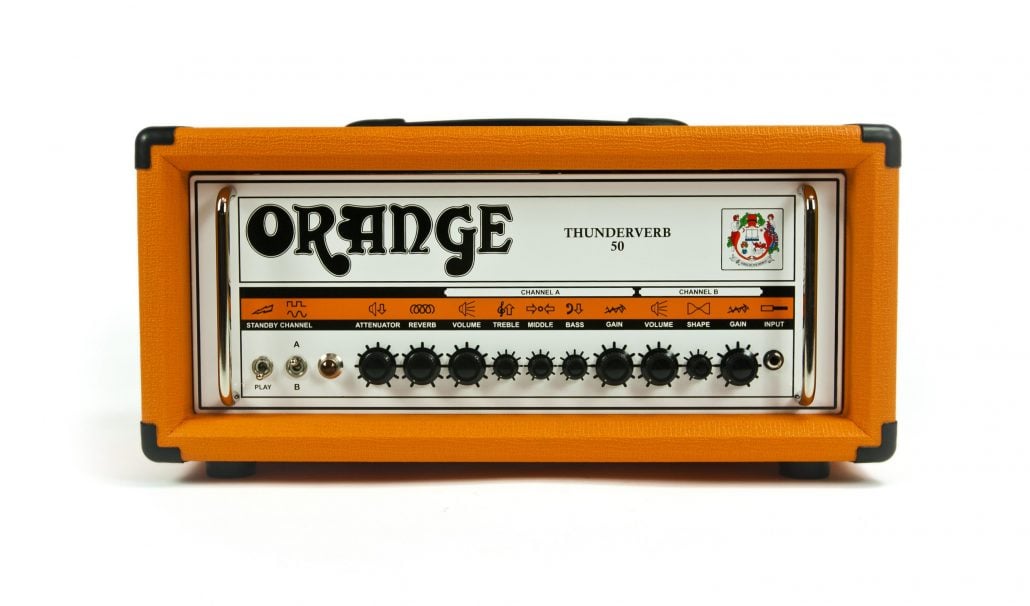 Orange: Where can we check out your music?

Kimi: Our debut EP is out on Spotify, iTunes, and we have to singles up for free download on our Soundcloud page.

Aaronious: You can always find us at facebook.com/StarBenders and our twitter handle is just @starbenders.