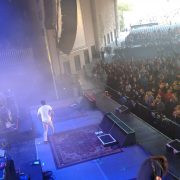 On Wednesday, August 12, Incubus, Deftones, Death From Above 1979, and The Bots played Aaron’s Amphitheater at Lakewood in Atlanta, GA. I was there with the Artist Relations Manager/Guru of Orange Amps, showing artists a yet-to-be-unveiled new product, making connections, and hanging out with one of my favorite bands of all time. My first-ever backstage experience included excellent catering, meeting Brent Hinds and Brann Dailor of Mastodon, watching the Deftones set next to Norman Reedus from The Walking Dead, and chilling with Stephen Carpenter in the back of Deftones’ tour bus. I guess you could say it was an alright night. 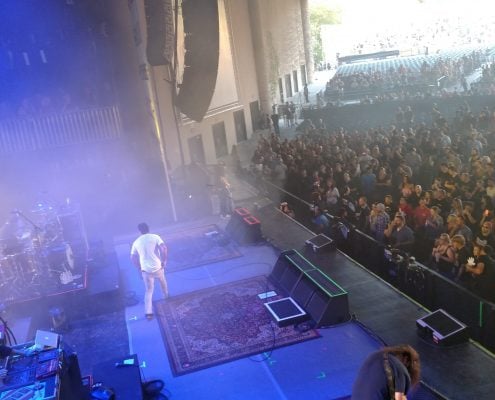 Deftones opened up their 80-minute set with the classic “Be Quiet and Drive (Far Away)” from their 1997 album Around the Fur. The view from the VIP section was pretty radical.
The set spanned the group’s catalog, including songs from 1995’s Adrenaline all the way through Deftones’ last release, Koi No Yokan, although many songs were fan favorites from White Pony and Diamond Eyes. 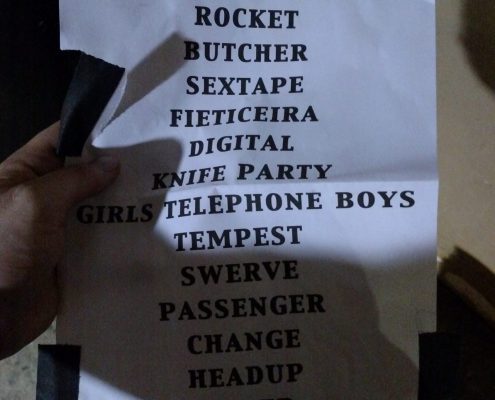 In this shot, Norman Reedus is clearly soaking up the aural bliss of “Digital Bath.” The sound throughout the night was incredible, thanks to the crew of talented sound engineers and the bands’ drool-worthy gear. Deftones’ choice makes a lot of sense to us! 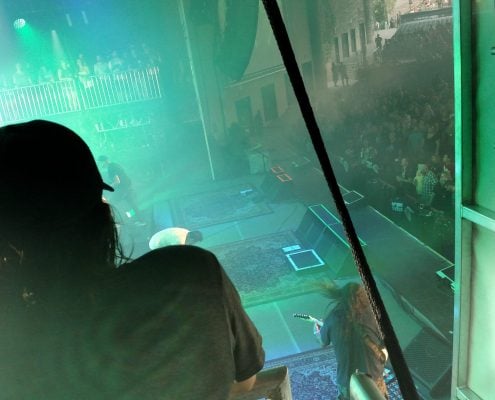 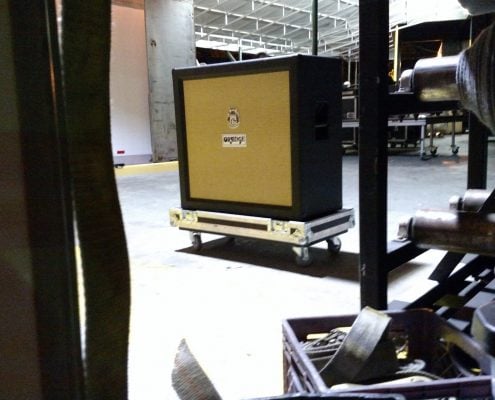 The entire show was great, with Incubus closing out the night after Deftones. We went back to Deftones’ tour bus and hung out with Stephen, their guitar tech, and a couple of people from their tour crew before calling it a night and heading out. Although nights like these are probably a pretty frequent occurrence for Orange, I will never forget my first “backstage” experience, and I’m glad Orange Amplification was involved. 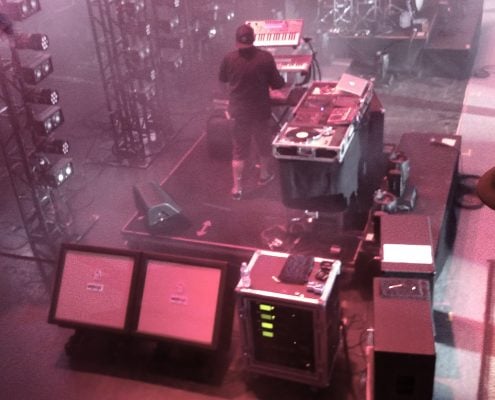 Its Never Enough
Scroll to top