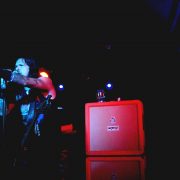 In three days, Prong’s due to release their 12th studio album “Zero Days”, which will be the fifth in five years, and I can assure you it’s pretty damn great. While in London, I had a quick chat to frontman and founder Tommy Victor before their headline set at Camden’s Underworld. 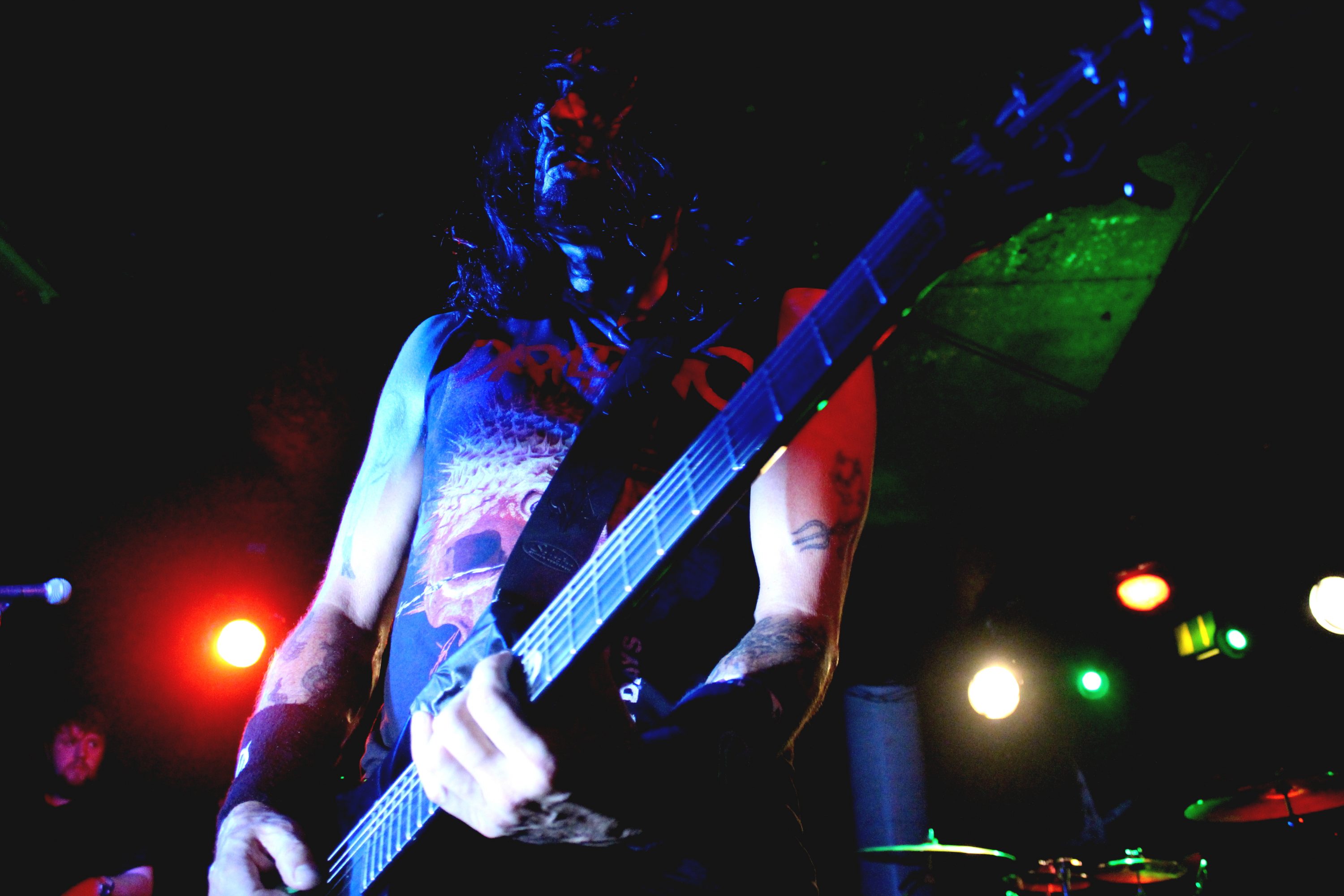 Now, I’m pretty sure I’ve heard you originally started out as a bassist, how does that influence and affect your style of playing, and maybe more than anything, your sound?
I used to think about it more, I’ve always been more of a rhythmic player and never focused on solos that much, although I’ve learned how to do them over the years. I think it might be a simplicity thing, I have a problem writing with guitar players as they seem to go in this tangent where all they want to to is shred, and I don’t fucking give a fuck, I just want to write a song, I’ve got a different mentality, I wanna write a riff, you know? Something that’s memorable. I don’t care how many guitar players are out there watching me do my thing, I’m not out there looking to impress anybody. I’d rather have a guy set his guitar on fire than to be there and sweep all over it, as that just doesn’t do anything for me. I appreciate their talent and it’s great, and it’s all god-given. I mean, you could practice for twenty years, like my older brother who still sucks at the guitar, he’s been playing forever and still can’t play a scale, then there’s me, his younger brother who barely ever practiced but somehow ended up in a band he’s managed to make a living from. I don’t take credit for any of this, it’s all god-given, the whole thing is. 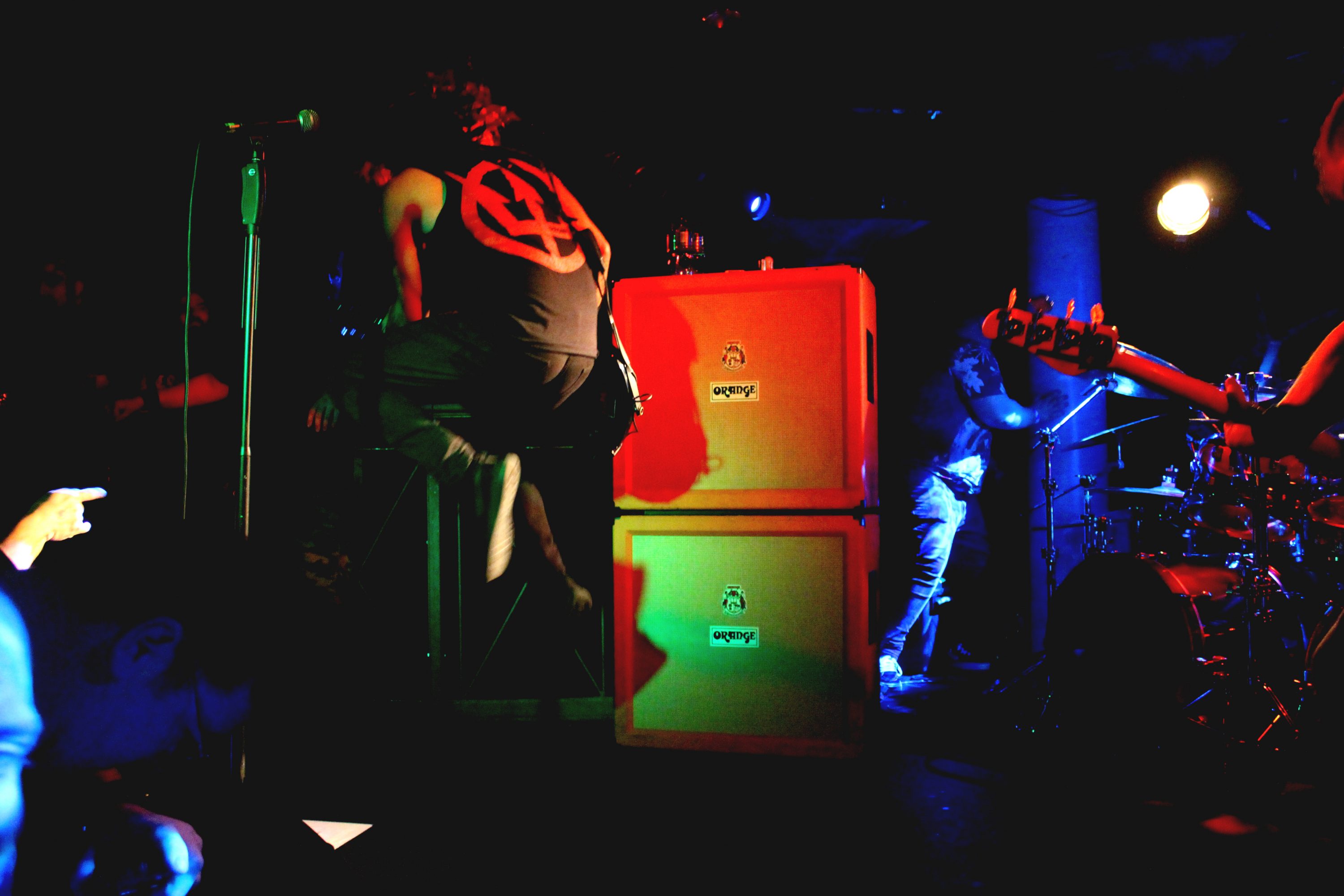 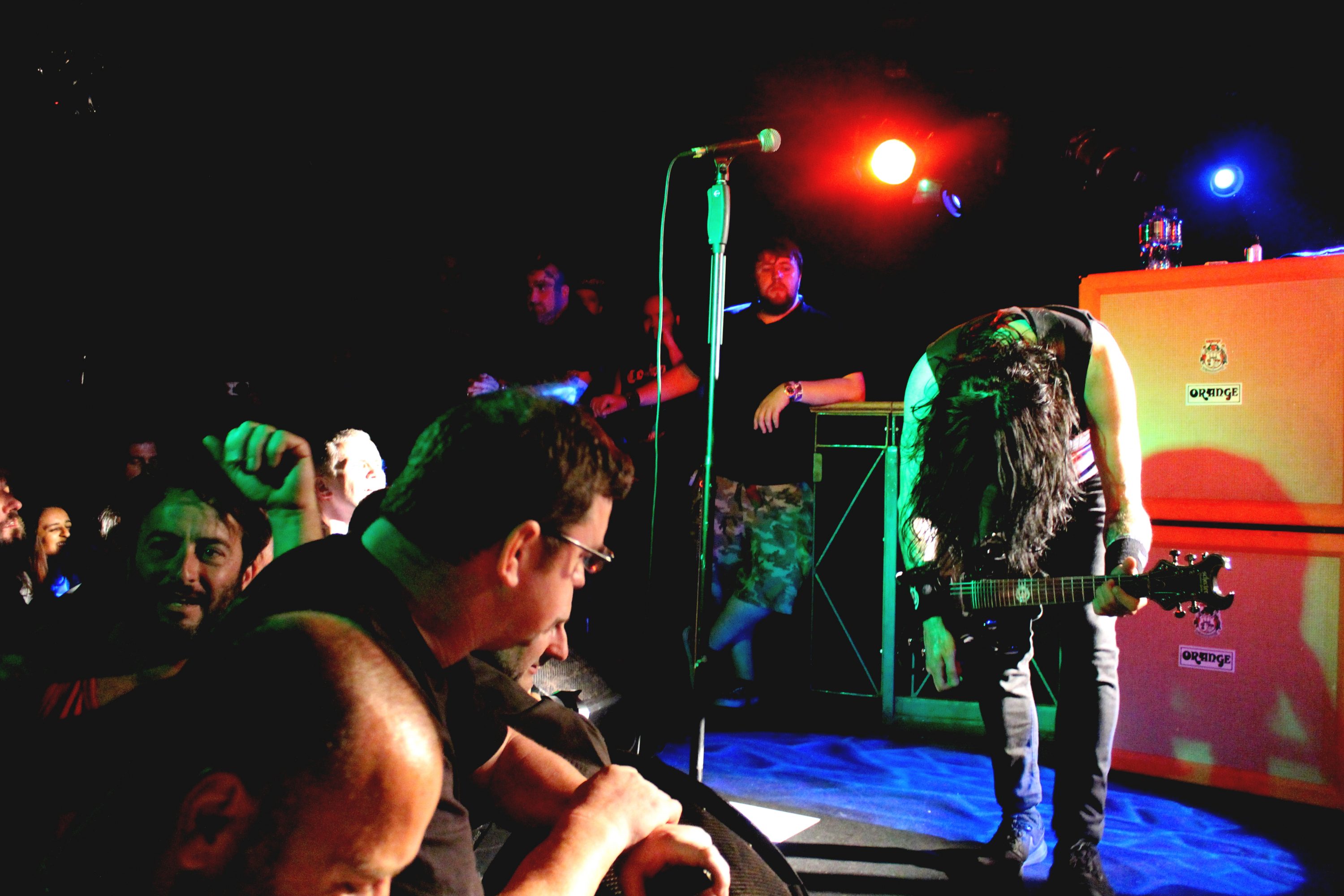 …and I guess, maybe some practice…
Yeah, but being able to practice, is god-given.

Anyway, let’s talk Orange Amps!
I love the cabinets, man! They’re unbelivable, 4×12 is all I use and they sound amazing. Monte Pittman turned me onto them, he plays guitar for Madonna and used to play bass in Prong, and he told me to give them a go and they just sounded really good. Then Alex (Alex Auxier, Orange artists relations) hit me up and asked if I was keen to check out some amps, and I told him I really wanted a cabinet. 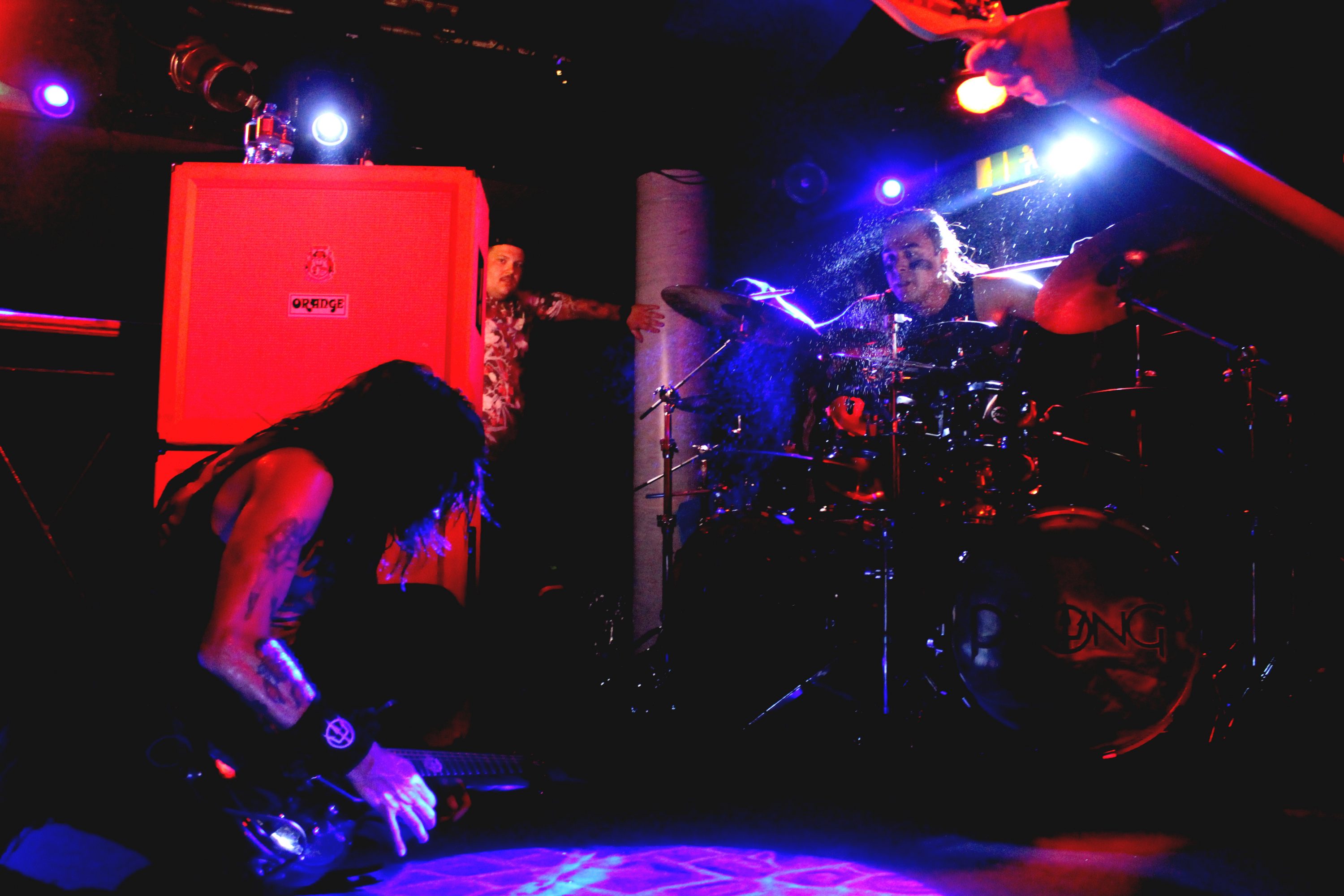 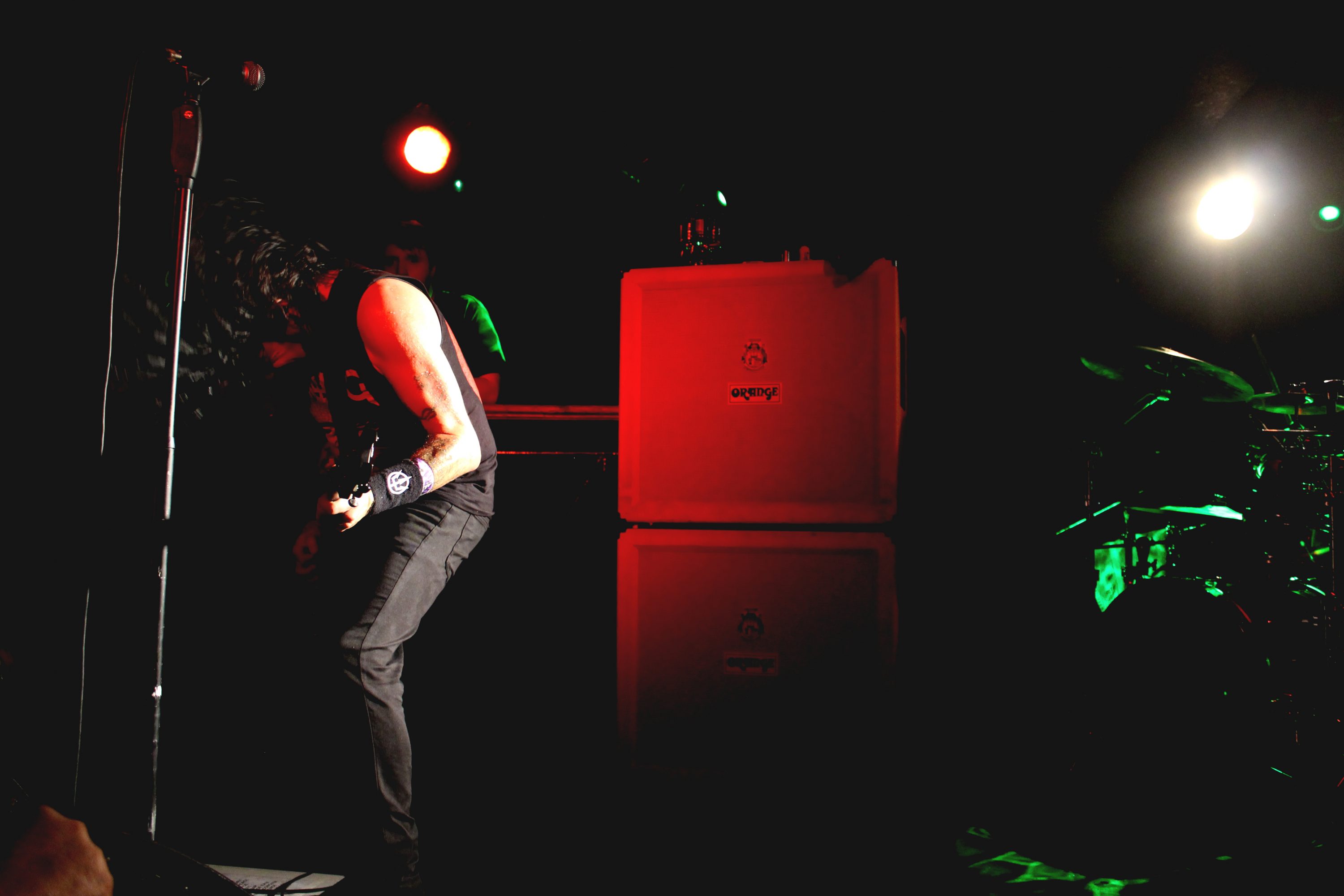