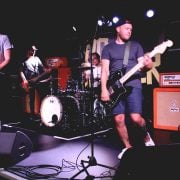 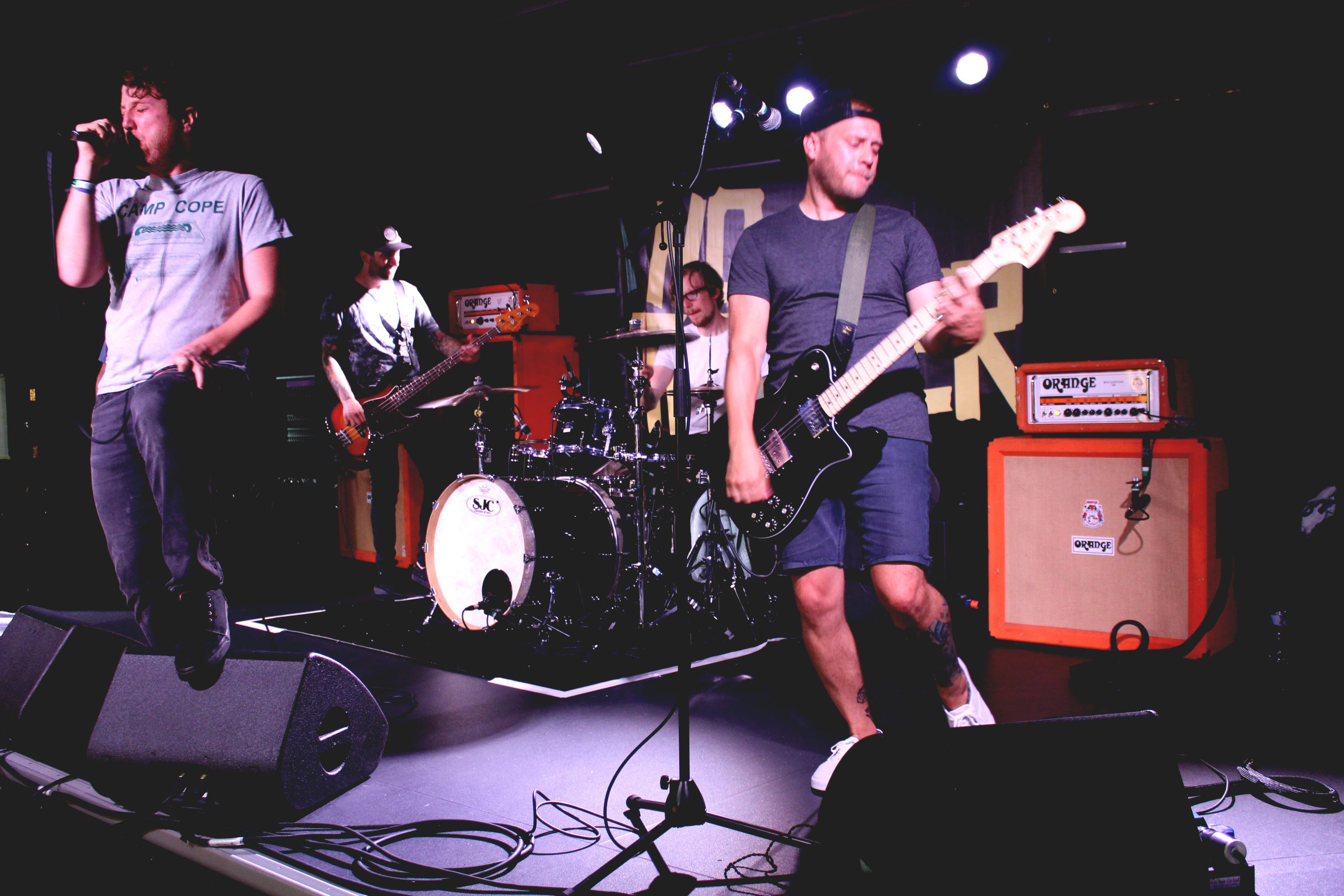 I heard you guys have had quite the day today with flight delays and all that jazz, how does a typical day on the road look like for you?
Jon: On tour? A lot of driving. We haven’t been back in the UK for about five years, and we expect to be spending a lot of our time here in this van we’re in right now, before rolling up to various venues.
Brad: To be fair, this is a pretty sweet van, and it can actually fit all of us. There’s been a lot of times spent in shitty vans with like double the amount of people the van’s actually meant for. It’s nine of us for this tour and we’re at capacity – ‘3 – 3 – 3 seats, perfect, book it, boom.’

You’ve got quite a cool history with Orange, would you mind sharing it with us?
Jon: I was working for SJC Custom drums who got in touch with Orange, and we ended up building an Orange snare, with Orange sending over the tolex and custom badges to go with it. We premiered the snare at the following NAMM convention in California where we met up with Alex (Alex Auxier, US A&R). In 2011, while still making snares for Orange, No Trigger recorded a new album, so we got in touch with Orange and it ended up working nicely with Alex lacing us up.
Brad: And here we are, still using it, still going. 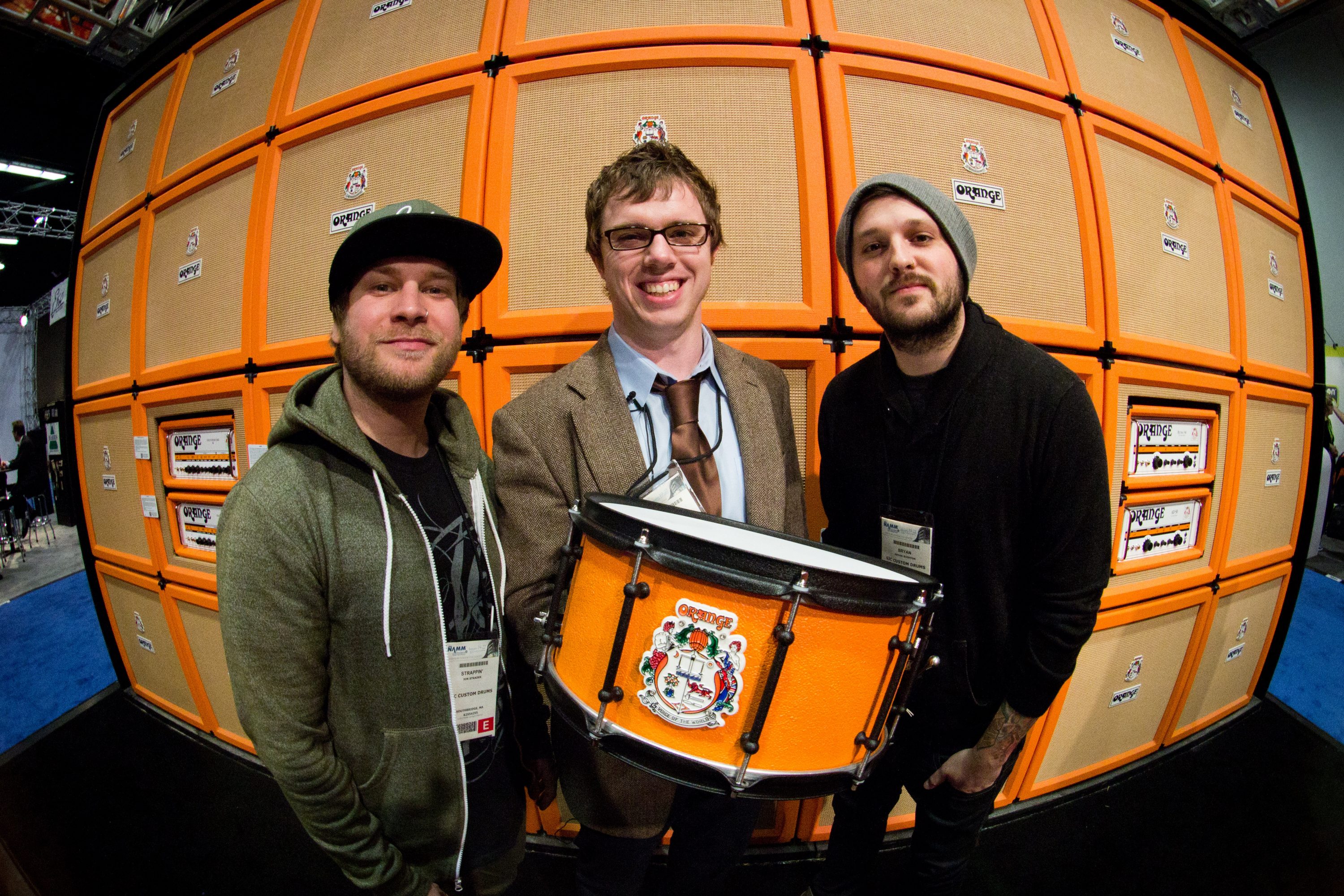 At the NAMM convention 2012 with Alex Auxier

You had a really long break from recording before the release of ‘Adult Braces’ earlier this summer, what did you guys get up to during your hiatus?
Brad: All just getting up to our own stuff individually, as well as other bands. We all try to play when we can, but when it comes to No Trigger it always feels very much like a special occasion as everybody is so busy.
Jon: We’ve all got our own schedules and lives, buying houses, having kids, getting married – you know, adult stuff, but when the opportunity comes up we all jump on it whenever we can make it work, and we’re really excited about this tour.

What’s your set up for this tour?
Jon: Mike and I are playing Rockerverb 100s, we normally play Rockerverb 50s back home, so we’re pretty stoked about the 100s here, just a little bit more beefier.
Brad: I’ve got the AD200 over here, where back home I’ve got the Bass Terror 1000, and that thing is just a beast. People see it and it’s this tiny little cute thing, and then there I am, unable to play it over 2 without shattering everything else in the room. I remember looking at them deciding between the 500 and 1000 and thought to myself ‘Oh well 1000 must be great!’, and it’s just been the best thing, not to mention it’s saved my spine from having heavy Ampegs or whatever to haul around, I just bring the Terror and I’m good to go.
Jon: We just sound checked the UK backline though and it sounded absolutely incredible. We pretty much got off our overnight flights, and went straight to a rehearsal space to get our chops straight. We’ve got a special guest drummer from The Swellers, and we’re stoked to have him filling in for Michael on this run, although we’ve had very limited rehearsals,
Brad: It happened very last minute, so we only had two practices with him before we left and so far it’s worked out really well, guess we’ll see what happens tonight – We’re all here and we’re ready to roll! 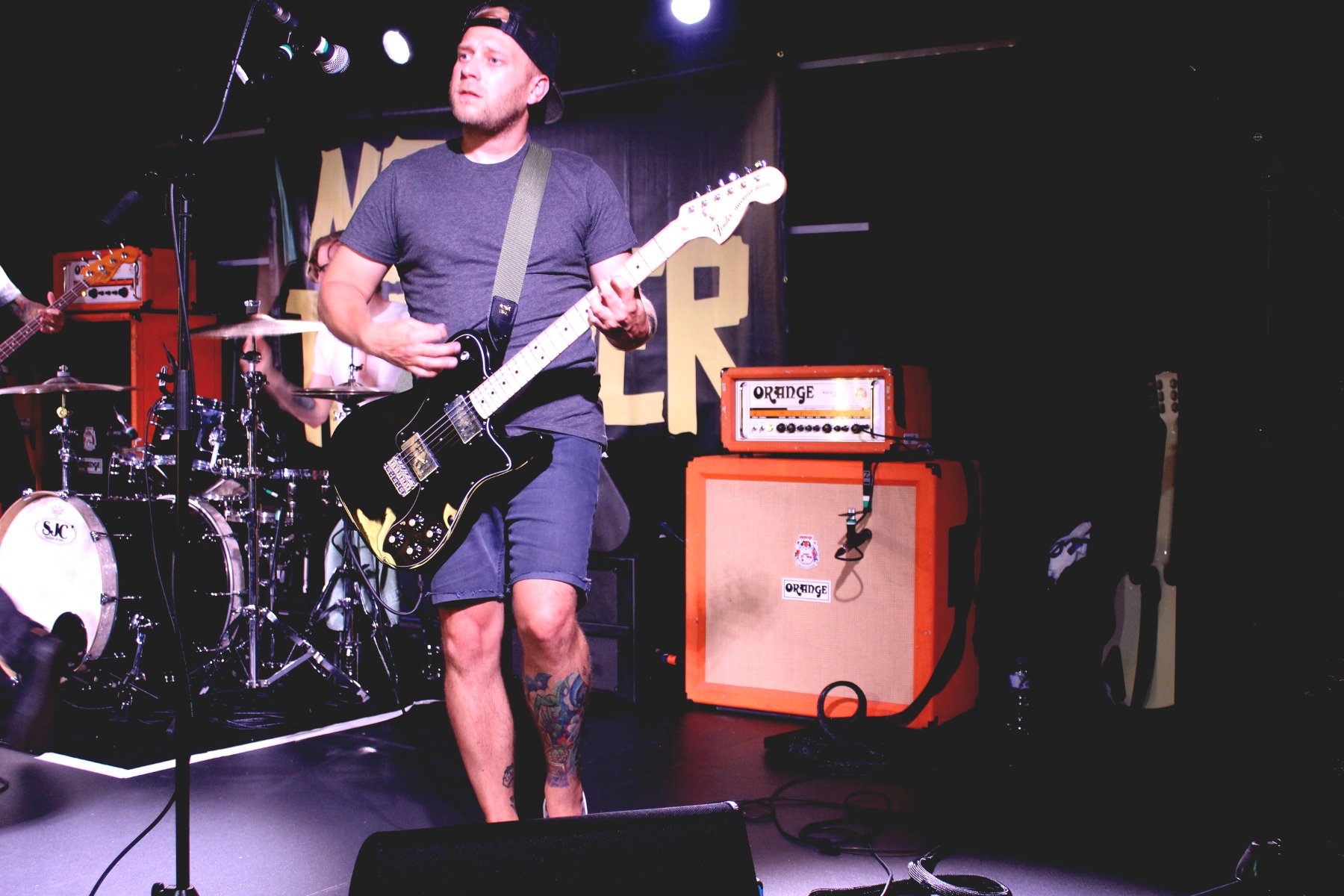 Jon, Brad mentioned why he went with the Terror, why did you decide on the Rockerverb?
Jon: I was over in Australia when I first tried the Rockerverb, my friend had one and let me use it, and I just thought it was one of the best tones I had ever heard. I’ve played the Mesa and I’ve played the Marshall, but never been as stoked about any of them as I have with Orange. And not even just that side of things, but you guys are awesome, you’re just cool and always take care of us, you cant beat that. Having a company like Orange where the sound is as awesome as the people.