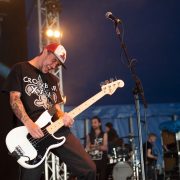 First of all, you’ve got a pretty sweet deal here tonight playing with Bad Religion at the Kentish Town Forum, how did that all come about?
Charlie: Well, we’ve told our agent about a few bands that we really like, and after that I think she must have worked some kind of magic! Previously we’ve played with bands such as NOFX and Alkaline Trio, and it must have gone well as we’ve been allowed to open up for Bad Religion!

You must be pretty stoked! You just got back from Italy, how was that?
Charlie: Yeah, today is the day of us kickstarting touring again, we just got back from Italy a few days ago as we were flown over there to play Curtarock Festival – we’re a three piece so it’s quite easy for us to travel light. We brought a backpack full of merch to sell so we could get some money for beer, and that was pretty much it. It was 31 degrees, we had a pool. 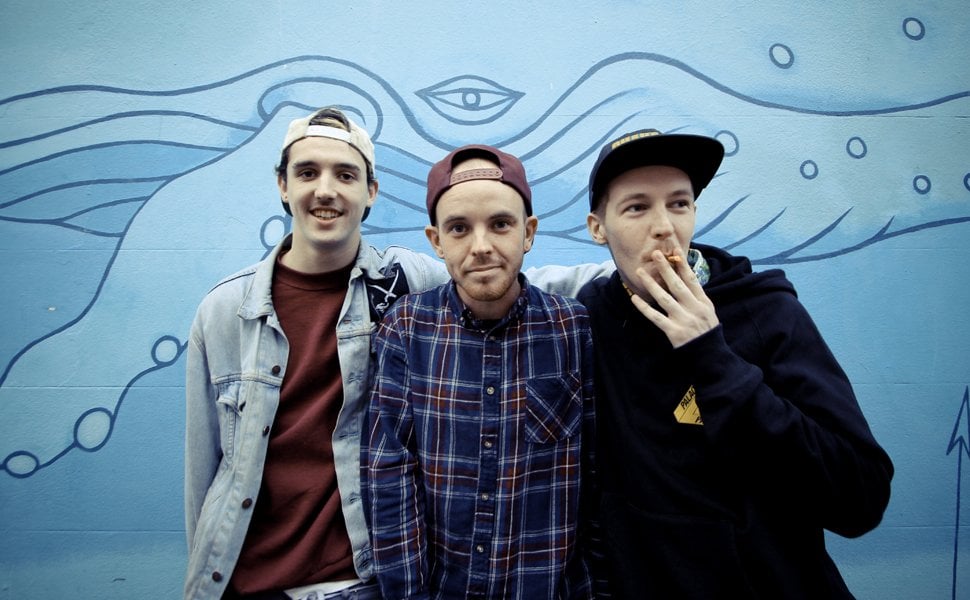 Damn, this is the first time ever touring’s sounded luxurious, normally I’m used to hearing about bands spending 18 hours in a van, that sorta stuff.
Charlie: Oh, don’t get me wrong, we’ve had our fair share of 18 hour drives, vans breaking down – this Italy thing isn’t how we normally roll.

Your second album ‘Outsiders’ was released in May, how did you attack that whole process of recording the second time around compared to your debut album?
Charlie: We’ve been very used to overdubbing, so this time we really wanted to focus on getting that live sound and did all the songs as a three piece in the studio. Thom literally only did two guitar tracks, one where we all played together, then another one after in the same live room, followed by vocals. We had plans to go to America and record with Steve Albini, but that would have cost us a lot of money, so we ended up getting our friend to do it and use the same process as Steve would have used, which is to have it as live and raw as possible – it’s more about the vibe than the talent, and I think it flows better than the first one. Punk just sounds better live.

Well, let’s get down to business, the reason we’re both here is because of Orange Amps, what’s your history with the brand?
Charlie: On our first ever tour as Gnarwolves, my friend was in a band called ‘As We Sink’ and he had the terror going through an 8×10 or 8×10 cab, and I just knew I needed that tone. The fact that you can just pack the terror away as well and put it over your shoulder is so sick. I ended up getting one, and I’ve had it for three or four years now and it’s just great! I love it, and wouldn’t go anywhere without it. People still ask me what my tone and sound is, and all I’ve got is one pedal and the terror. Tonight, I don’t even have my pedal with me, so I’ll be plugging straight into the terror using the gain and treble. I’d say any bassist who’s just started and wants to learn to play, the terror is perfect as it’s only got five channels and is so easy to use. I was originally a drummer and only started playing bass for Gnarwolves with Thom (guitarist) basically showing me how to do it, so for me, the terror worked out really well as it wasn’t scary and just quite easy and fun to play around with.