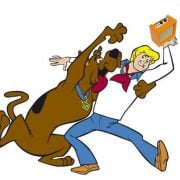 Obsession is a funny thing. It does funny things to us. It can make the sanest, most normal person do things they’d otherwise find bizarre. People find obsession in strange places to. From a particular brand of bacon, through to an uncomfortable longing for next door’s dog. We’re not here to judge. Mostly because we see it ourselves (not the dog thing, that’s weird). We know Orange amps inspire incredible levels of devotion, way above what is healthy and decent. We’ve picked five sure-fire signs your obsession with our company may be impacting your life. 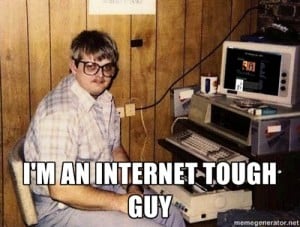 DON’T be this guy!

The internet used to be a thing of joyous wonder; a glorious conduit channelling the world’s knowledge directly into your brain. Think of the things you’ve learnt from it. Consider the innumerable arguments won by simply asking your favourite search engine. Remember the joy when you discovered YouTube, and with it the promise of videos showing people falling over and cats being scared by cucumbers.

Fast forward to now, and 99.9999999% of the internet is a barren wasteland to you. Gone are those long, thoughtful evenings losing yourself down the Wikipedia rabbit hole. No longer can you catch up with friends in faraway places. Because to you, the internet now is nothing more than a receptacle to guitar forums. We’ve all seen them, perhaps even participated. And, like few other hobbies/passions/past-times, we can perhaps agree that guitar forums in particular are a wretched hive of scum and villainy. Arguments over the merits of different fingerboard wood selections, pickup windings and the hue of an amp’s ‘on’ light. Serious business, guys.

Maybe it’s because we spend a fair amount of hard earned cash on our gear, but we feel duty bound to defend it. If some punk is saying nasty things about Orange, you’re gonna go hard for your team. But, later on, when the monitor has been switched off and you’re lying in bed, you can’t help but wonder about the futility of it all. Arguing with nerds on the internet. Surely something you’d only do if you were truly passionate about something.

Your band is booked to headline a local show. It’s your hometown equivalent of CBGBs and all your friends are coming. You’ve been trying to get a headline slot here for years, and those hours of practice and honing your craft have finally come to fruition.

Then, on show night, your beloved Orange fails. It’s rare but it happens. They’re not completely infallible. Seeing your evident distress, the support bands rally round and offer you the choice of their amps. All manner of amazing, high-end gear for you to choose from. These chaps clearly mean business. The show must go on! Except it won’t.

It sounds strange to people who don’t get it. An amp’s an amp, right? Wrong. Because if it’s not an Orange, you’re not playing. Thanks but no thanks, guys. 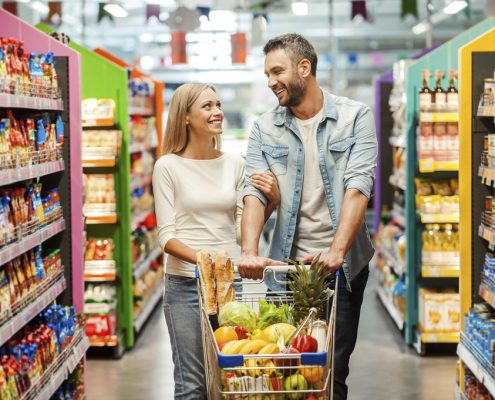 Picture the scene. It’s your turn to cook. Your partner/mother/brother/whatever wants the night off after delivering trays of gruel under the door while you bash those rascal forum nerds with your knowledge hammer, and has left you in charge of the evening meal.

The problem is that yours is a somewhat limited palette. You can only think of foods that strike some sort of Orange Amplification-esque chord inside you. You ask for accompaniment while you do the shopping.

After four hours in the supermarket, and countless blank faces while you try and describe taco shells (“crunchier than an OR50’s gain”), chilli con carne (“hotter than a Tiny Terror, but not quite at Thunderverb levels”) and lemon chicken (“chicken with that citrus fruit that’s the wrong colour”) your partner/mother/brother/whatever calls time on that particular charade. Gruel it is then.

Orange, as you know, make amps which can turn their hand to any number of genres. When you have Stevie Wonder and Mastodon among your ambassadors, you know there’s a strong history of recorded music under your belt. But what if you only listened to bands who used Orange? What if your entire music collection only consisted of guitars (and other instruments…) recorded through Orange amplification devices?

While it’d be a somewhat esoteric way of choosing your music, you’d still end up with a pretty badass collection. Slipknot, Mars Volta, Fleetwood Mac, Sleep. Hmm… I feel a Spotify playlist coming on… 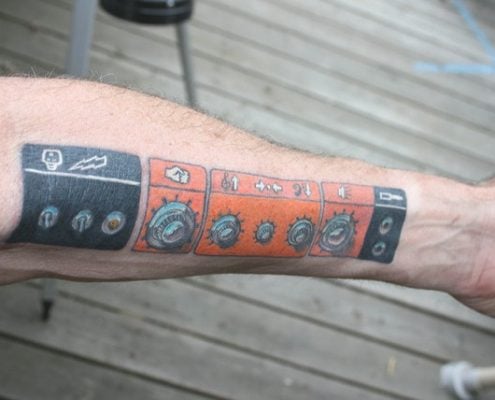 If there’s one way to prove your complete dedication to something, it’s to have its mark indelibly etched onto your skin for eternity. There are some crazy examples of things people have had tattooed onto their person and, while they may not be something you’d choose to have, you have to admire the dedication (and pain threshold) of those who choose to go down this route.

Orange, with all its wonderful olde English sensibilities, is a treasure trove of potential tattoo ideas. From the famous hieroglyphs on the Pics-Only models, through to that glorious logo, there’s plenty of potential for the truly obsessed to think about. Just don’t get it on your forehead, yeah?