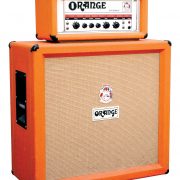 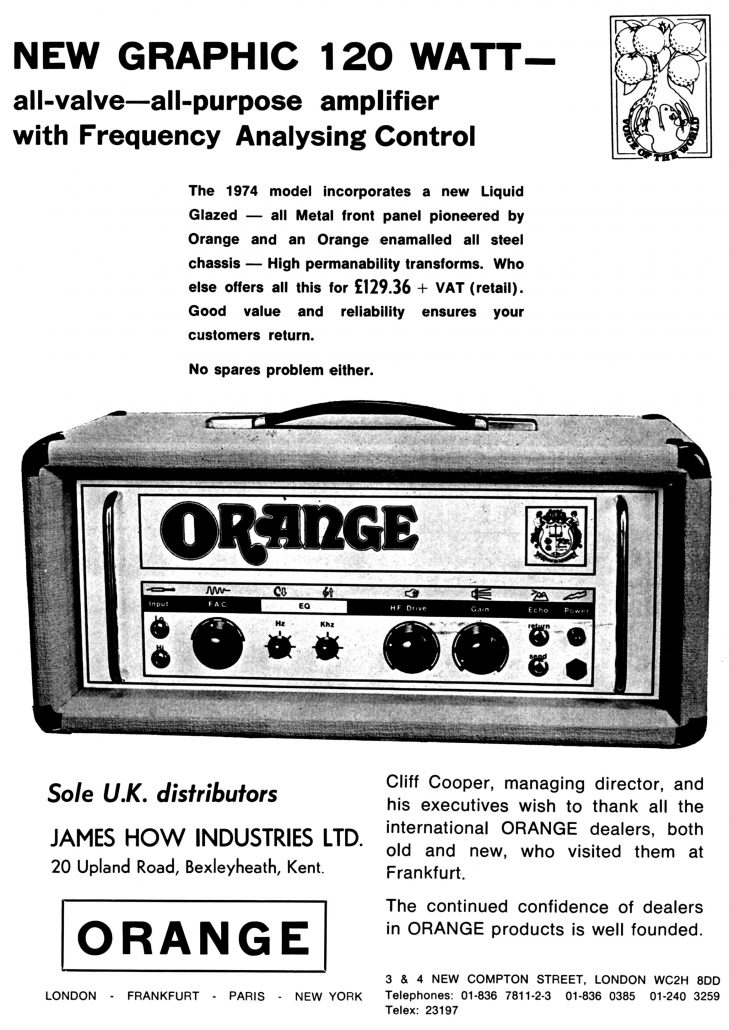 “The Reverb Twin was introduced to compete with the Fender Twin Reverb. We were targeting that market, so we priced our version to be competitive with the Fender. The Orange Custom Reverb Twin also featured a Hammond spring reverb, a tremolo and a master volume. It was designed as a very versatile 50 watt studio amplifier – and, indeed, it proved to be. Later, a 100 watt version was made, both models came with a footswitch.”

The Custom Reverb Twin, designed by John James, had two channels: Normal Channel (One) had two inputs for Hi and Lo gain, as well as bass, treble and volume controls. Brilliant Channel (Two) also had the Hi and Lo gain inputs, bass, treble, middle and volume controls. The intensity of the reverb was adjusted by a depth control. The tremolo had separate speed and depth controls. A master volume and presence control operated on both channels. The Mk1 Reverb Twin combo [not shown] had a Basketweave front cloth, but very few were ever made during 1972. The Mk2 [shown below both as a combo and head] featured a black-with-silver-fleck speaker cloth. 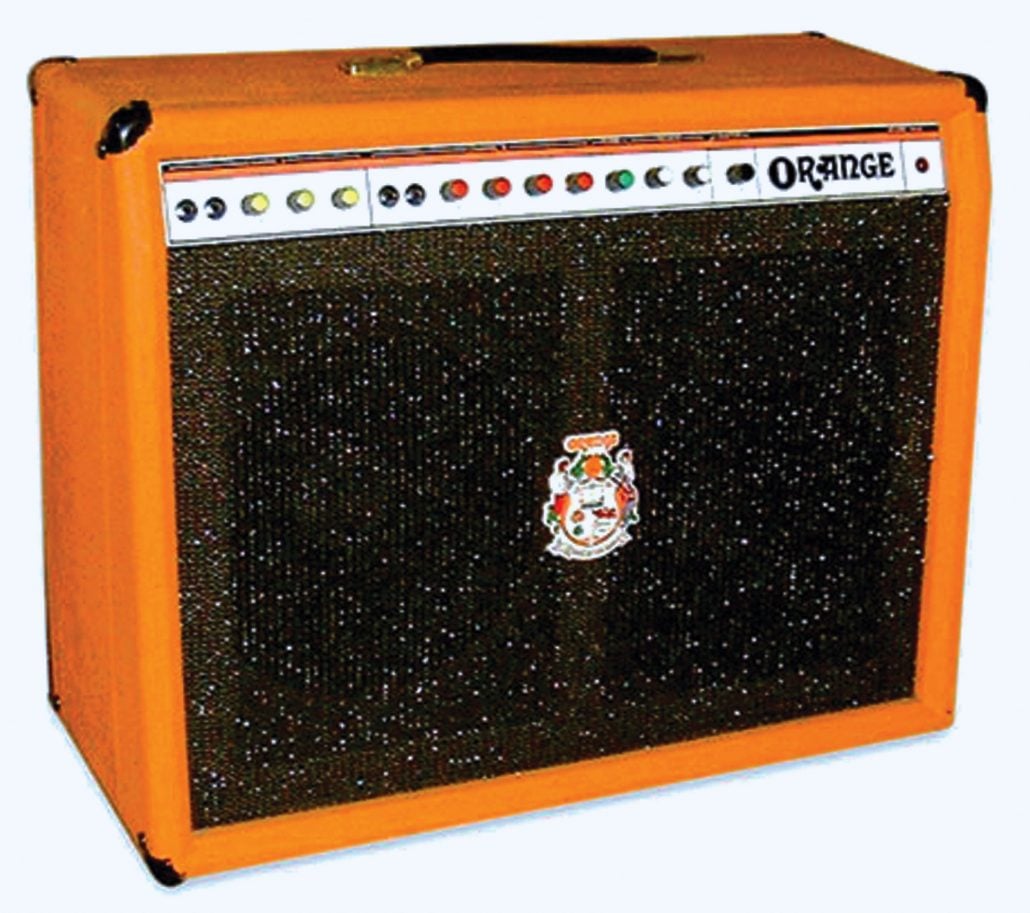 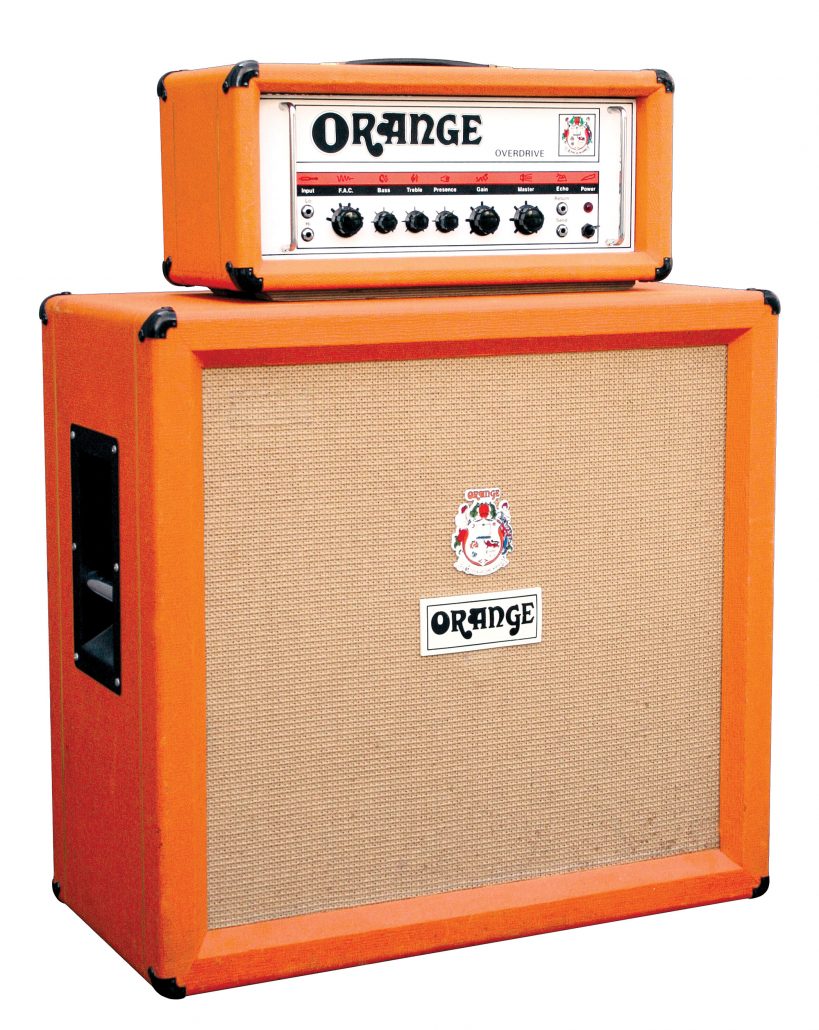