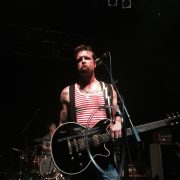 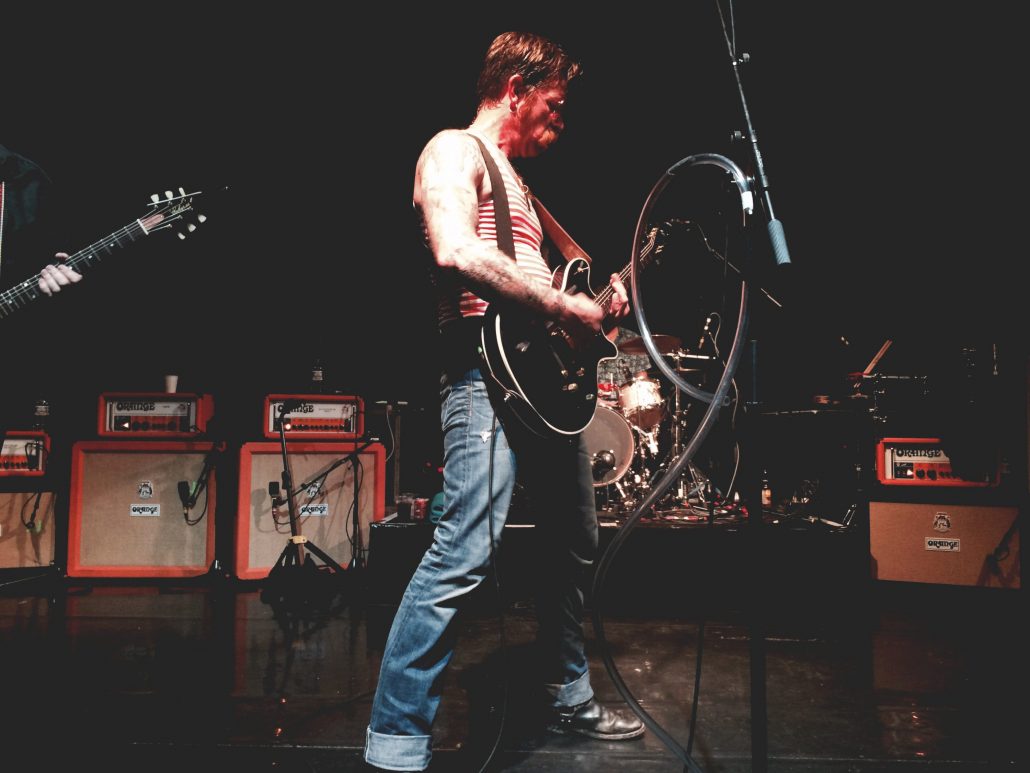 Ever since Eagles of Death Metal announced a new album and tour earlier this year, I’ve barely been able to contain my excitement. I managed to get my hands on a pair of tickets to see them in one of my favourite London venues, KOKO in Camden, before they sold out after about ten minutes. Needless to say, this lady was a happy camper, and so was my friend Emma who was the lucky chosen one to get invited to tag along.

After a few months of waiting, the day was finally there. And let’s be honest, there’s no other way the day could have started than in a pub – The Hawley Arms in Camden, to be specific. 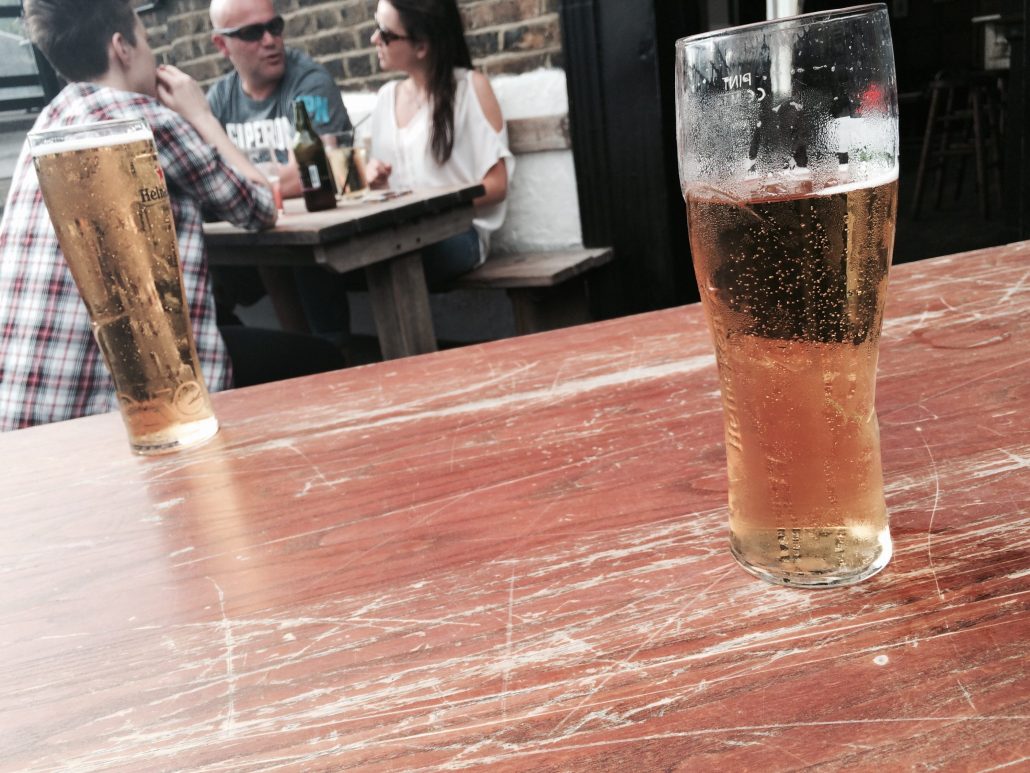 After a few hours of beer and gin & tonics while listening to Nirvana, it was time to head towards KOKO. We decided to share a bottle of wine for the road, the venue being about a five minute walk away and all… Wine is a very classy drink, and as you’ve probably understood by now, we’re very classy ladies. 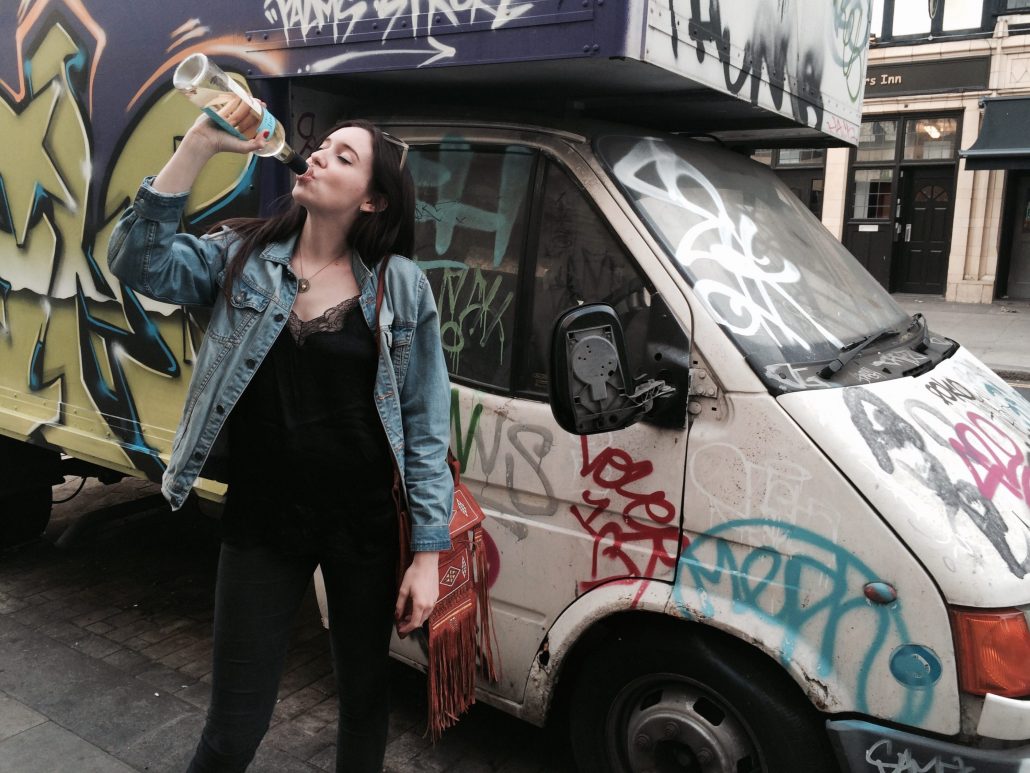 By the time we got there, it was already packed. Sharp elbows and a lack of manners helped us get a good spot all the way at the front, and after a bit of a wait, it was showtime. 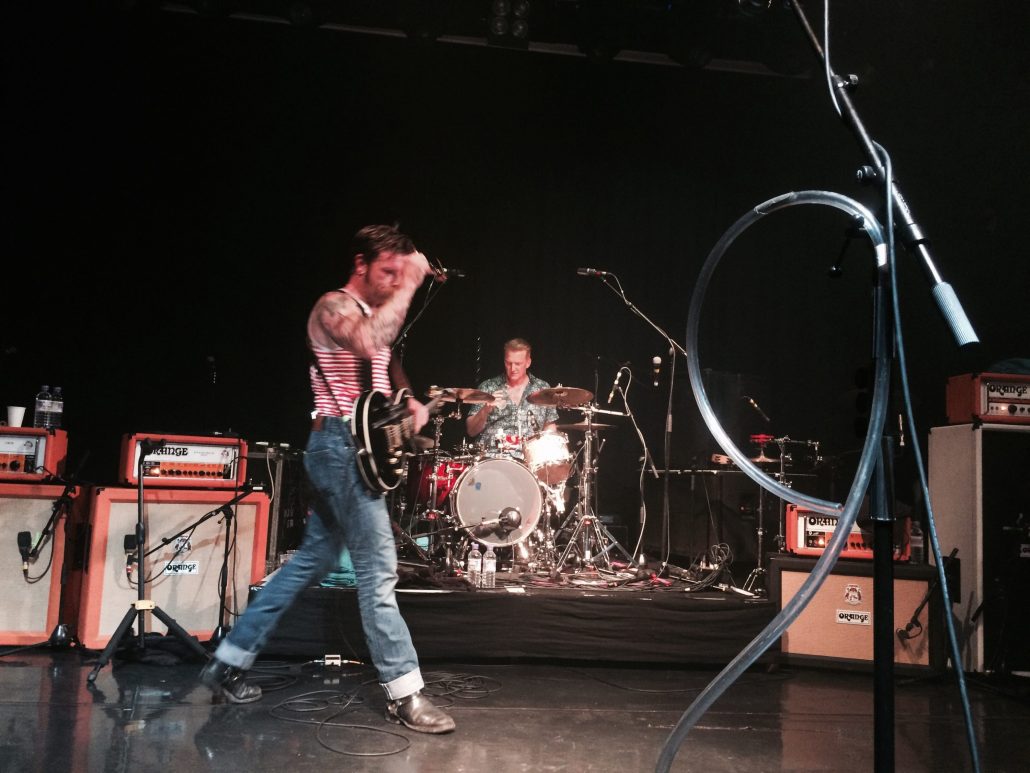 Jesse ”Boots Electric” Hughes and Josh ”Baby Duck” Homme. The dynamic duo, a force of nature. They had our minds blown. 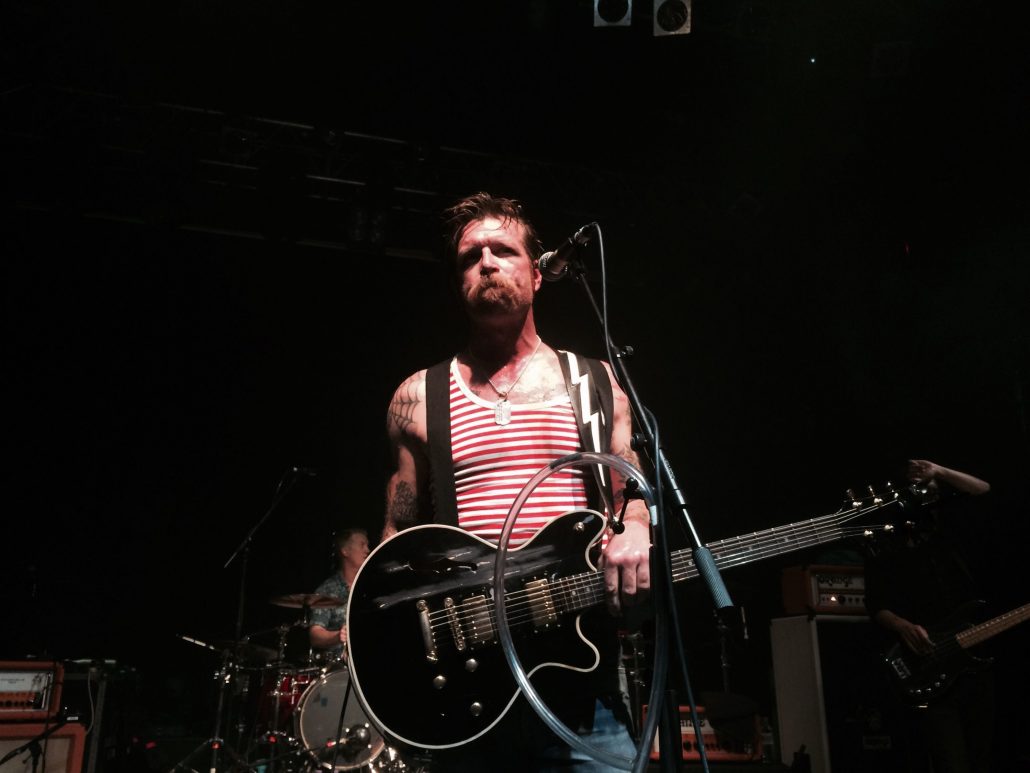 Homme, who’s fairly chatty while touring with Queens of The Stone Age, sat quiet and cool as a cucumber behind the drums while smoking a cigarette, leaving crowd pleasing to Hughes, who by the way is one of the best frontmen I’ve seen in a long time.

The set couldn’t have been any better, with a combination of songs from their previous albums, plus a taste of their new stuff with single “Complexity”. I’m certain almost everyone there left KOKO sweaty, drunk and happy, just waiting for them to come back in November. Until next time, enjoy peace, love and death metal, I know I will. 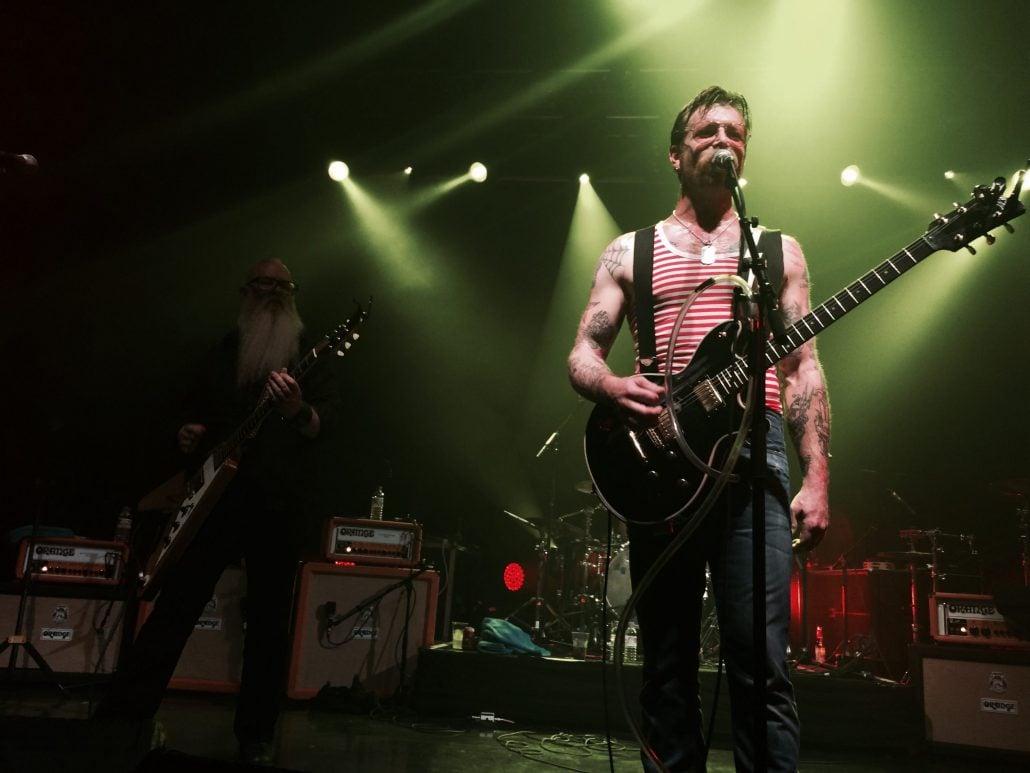