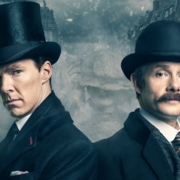 Ordinarily, the world of school physics lessons is a million miles from guitar heroics (unless, of course, you’re Angus Young and wear the same outfit for both). However, if there’s a place where they overlap, it’s on the back of your amp and speaker cabinet — and knowing what those scientific symbols and warnings written beside the jack sockets actually mean could be the difference between getting the best from your gear and shelling out for a repair.

The first thing you’ve probably noticed is that you don’t need to plug your cab into the mains. But those speaker cones have got to be powered from something, and it turns out that that’s your amp’s job. However, if your amp gives your cab too much power, you’re in trouble, and this is where the W number comes in. It’s a fairly simple but golden rule: make sure that the number of Watts (W) written on the back of your amp is less than or equal to the number of Watts written on the back of your cab. For example:

So far, so straightforward. When it comes to Ohms, though, it’s a little more complicated, and there are endless web forums full of stuff you really don’t need to know on this topic, but it really boils down to another golden rule: make sure that the total Ohms (Ω) of your cab matches the total Ohms written above the relevant jack socket on the back of your amp. For example:

If you’re running two cabs out of the same amp, though, here’s where you need to take real care, because two 8 Ω cabs plugged into the same head don’t together make 16 Ω — they actually make 4 Ω, which is obviously a bit counterintuitive. Sorry about that. Exactly why this happens is not that important here, and it doesn’t matter whether you’re daisy-chaining your cabs together or plugging them both directly into the amp. But you do need to know how to work out the combined Ω number of your two cabs, and the step-by-step trick to doing this has two routes, depending on if you’re more comfortable with fractions or decimals:

What if you don’t match the Ω numbers, you may be thinking? That’s a question for another time, but the short version is that it messes with your tone, and you don’t get the best out of either your amp or your speaker.

So, match your Ohms, and don’t exceed your Watts — case closed.