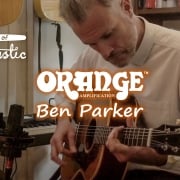 So, first of all what I was really impressed with is the overall sound – there’s definitely a higher fidelity thing going on when the sound comes through from both the DI and the mic feeds. In dialling up the heat knob on the DI there’s definitely a kind of nice vintage vive to how the DI sounds.

I think when I’m looking for an acoustic signal (I’m looking for) something that’s definitely very pure and the pick ups I use are really true to the woody nature of the sound of the acoustic and what the Acoustic Pre has done is just maximise that sound. It’s not drawn it further into the electronic, it’s just warmed it up, made it sound more natural and enhanced the sound that’s already there. I think because it’s got that warmth to it, I guess because of the tube in it, it really lends itself. I like acoustics that sound like they’ve come from old records and that’s what the tube element does to the sound.

Initially, I didn’t think it was the sort of thing I would use in the studio but actually, with us playing with it today and the way we’ve set it up with the DI straight in and the mic straight in but then both into the computer and the interface. It’s funny how the manipulation of the DI separate from the mic and being able to flick between the two – it’s almost like whenever I record an acoustic guitar I would use this to have a great DI signal – which I always want anyway – because you might want to distort that or treat it slightly differently. Then you can blend in the real mic and decide what you want to do with the two signals. On the road, another set up I have in one of my other acoustics is a split system that takes a mic output and a piezo pickup output from the pickup of the acoustic guitar. So this is great because I can plug the mic into the mic input, the piezo into the DI and then send front of house my particular choice blend of those two sounds with the ability to EQ both channels separately and add reverb if necessary.

The reverb is really nice. Again, I felt it was quite vintage like a lot of the old stuff Jimmy Page used to use on his acoustic picking stuff on those early Led Zep records. It had that flavour to it rather than being a synthetic digital sounding reverb, it felt like it was responding more to what it was being given, like those old fashioned reverbs.

I do a lot of writing with people but I also do a lot of basic tracking here and I work a lot on my own stuff. I compose for film and TV, so it’s interesting, the acoustic guitar sound is always very important in a lot of the things I do, so I’m always interested in seeing different ways of capturing that rather than it being in that environment of mouse click sliders. It’s great to go to the real knobs and turn them and hear the difference. Always. I love that, so it’s nice to have this unit there to manipulate the signal in that way. 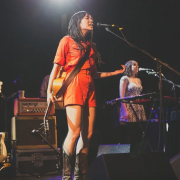 The Voice of Acoustic 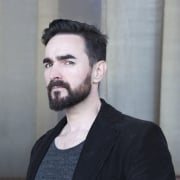 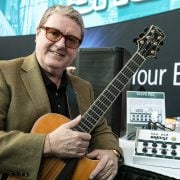 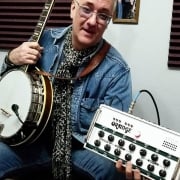 Orange Acoustic Pre – Your Tone, Your Way
Scroll to top