By and large, to the untrained eye, guitar amplifiers might look one and the same. Typically rectangular, often black or muted colours, adorned with turny knobs and usually located behind the guitarist charged with using them.

Of course, as guitarists, we know the truth to be a lot more nuanced than that. While the shape of an amplifier generally remains pretty consistent, what goes on inside can be wildly different.

That said, there are certain commonalities that great amps tend to share. Here we’re going to look at five things we believe all great amps have in common.

Without wanting to state the bleedin’ obvious, a great amp will have a great tone. You see when all else is equal, an amplifier has only one job: sound good.

This doesn’t always equate to being expensive. There are plenty of examples of amps at the entry-level bracket sounding absolutely monstrous (ahem…Crush series…).

Tone is, however, ultimately subjective. What one man hears as being a crunchy thrash tone sent from the gods of Valhalla, another may hear the sound of a fat man jumping in a bath full of crisps.

Regardless. If you like the tone you get from your amp, then it’s great. Simple. 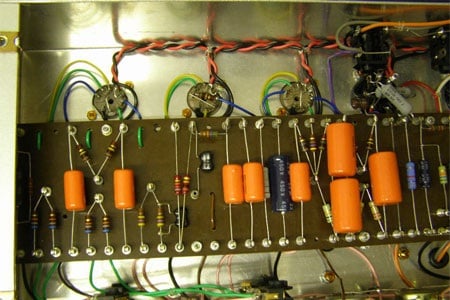 ‘Normal’ people perhaps don’t notice the way the tolex is cut perfectly within a millimetre of its life. ‘Normal’ people won’t see how the internal wiring is so precisely cut. ‘Normal’ people probably don’t care about the processes that turn the raw materials (wood, plastic, metal) into the amp you love so much.

That’s fine. What can’t be denied however, is that if there’s care and attention paid at the construction stage, then the amp you play will be of a higher quality than one that shoots out of a factory by the thousand.

This ties into the previous point. While point-to-point handwiring does mean an amp takes longer to build, it also indicates a degree of expertise and experience has gone into its production.

And if you’re going to go to the trouble of all that extra work, it makes sense to use higher quality components. Hence each item in the chain – resistors, capacitors, transformers, valves, wiring etc – will be chosen from the top shelf, rather than the bargain bucket. This all adds up to provide a higher quality experience for you, the user. 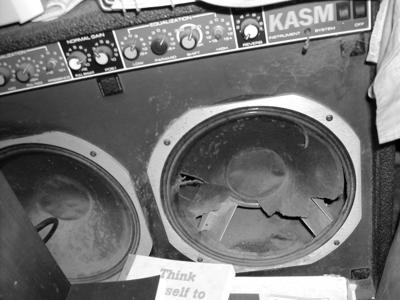 In a way we’re quite fortunate that amplifier technology is, at it’s heart, extremely old and actually pretty simple. Hence why you see guitarists using amps from half a century ago. When properly looked after, and well made in the first place, there’s no reason an amplifier can’t outlive you.

‘The unspoken but not unknown’

The final point is perhaps a bit opaque, but we’d guess you will know what we mean.

Certain amplifiers, of any size, power, style or status, just do it for us. They tick the boxes. Some amps you know before you even play a chord how they’re going to sound, and you know you’re going to like it. We call this the unspoken but not unknown.

We call it this because players just know. You could put two amps from the same price bracket, with similar features, in front of a player and 99% of the time an opinion will have been reached within nanoseconds of looking at them.

Of course, it’s healthy to keep an open mind, but there’s nothing wrong with favouring certain things completely irrationally. We’ve all fallen for an amp, or a piece of gear, and retrofitted our justification to buy afterwards. Don’t worry. We’re guitarists. That’s what we do.